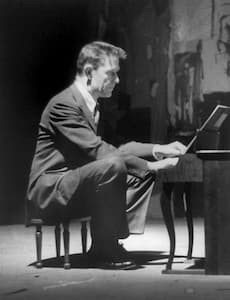 When I was four years old, I received a toy piano as a Christmas present. I loved it. I remember I spent at least half an hour playing it almost every day. I made up songs, and then I performed them in front of my stuffed animals.

I am not surprised if you have a similar memory as mine with a toy piano. Is toy piano only for kiddos? The answer is NO. Toy piano, roughly a quarter the range of a full-sized piano, has been performed by professional musicians in concert halls. Unlike a standard piano which hammers hitting the strings, toy pianos are made of metal rods that the hammers strike their metal bars to produce bell-like sounds. Such sound is unique and nostalgic, attracting composers and musicians to pay more attention to this instrument. This article will introduce some compositions written for toy pianos and some dedicated performers to this instrument.

John Cage’s Suite for Toy Piano perhaps is one of the earliest compositions written for toy piano. This five-movement work, written in 1948, was initially used in a dance titled A Diversion which was choreographed by famous American dancer Merce Cunningham. This work was later arranged for orchestra that the toy piano is replaced by piano.

Cage, as a pioneer experimentalist, always incorporated various objects to create a multitude of sounds. His other work with toy piano is the Music for Amplified Toy Pianos (1960). This ensemble piece requires all the toy pianos to be connected with an amplifier. However, performers are free to decide how many toy pianos they want to use for the performance.

Besides these early works for toy pianos by Cage, there are many exceptional compositions for toy pianos after the 2000s, like Erik Griswold’s Bicycle Lee Hooker from the six-movement work Old MacDonald’s Yellow Submarine. This work, composed in 2004, was dedicated to Margaret Leng Tan, who was the first female doctorate graduate at the Julliard School. She was coined as the “most convincing interpreter of John Cage’s keyboard music” by the New York Times, and she was an advocate of toy piano works. This work, Bicycle Lee Hooker, requires the player to play the toy piano and coordinate with a bicycle bell, horn and a train whistle. 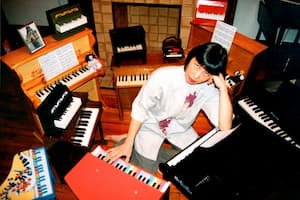 Erik Griswold: Down by the Rabbit Hole

Erik Griswold has dedicated several other works for toy pianos. Down by the Rabbit Hole was written in 2015, under Stanley Wong’s fundraising project called “Alice 150.” It was premiered in 2016 at Hong Kong Sheung Wan Civic Center Theatre. 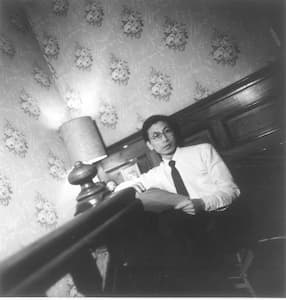 Another work dedicated to Margaret Leng Tan, Ge Gan-ru’s Wrong, Wrong, Wrong! is a Peking opera-inspired melodrama for voice and toy orchestra composed in 2006. The story was based on a famous love poem, Phoenix Hairpin, by Song dynasty poet Lu You. 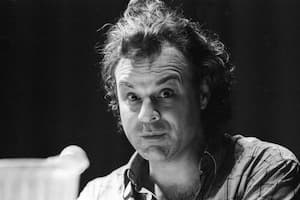 Toy piano is often involved in a chamber setting, and there are several compositions written for toy pianos and orchestra. One famous concerto for toy piano is the Concerto for Toy Piano and Orchestra, written by American composer Dr. Matthew McConnell in 2004. It was commissioned by a pianist and composer, Keith Kirchoff, who premiered the three movements in 2005. 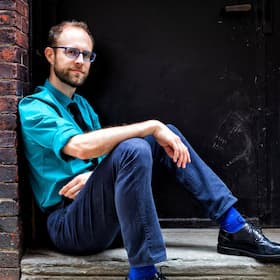 Phyllis Chen’s Three Lullabies for String Orchestra is another known chamber piece incorporating toy piano. As a known composer, pianist, toy pianist, and toy piano influencer, Chen founded the UnCaged Toy Piano Composition Competition in 2007 to encourage more new music for toy pianos. The beautiful Three Lullabies for String Orchestra was composed in 2015. In the piece, she included a toy piano and music box to play with a string ensemble.

The last piece that I want to share is Chen’s Double Helix. It was written for toy piano and bowls. The percussive and rhythmic sounding of this work reminds me of Javanese gamelan music. This work was composed in 2009, and the same year, she performed the piece at Chicago World Music Festival. 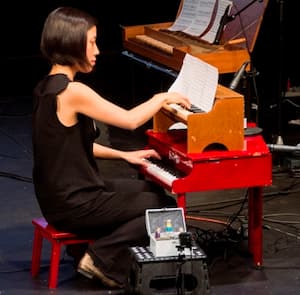 Toy piano’s unique sound brings new musical ideas for composers to explore, and it also brings back some nostalgic memory to many audiences. There are many works written for toy pianos as well as organizations particularly for toy pianists. I am excited and looking forward to more works for solo toy piano and toy pianos with different instruments.