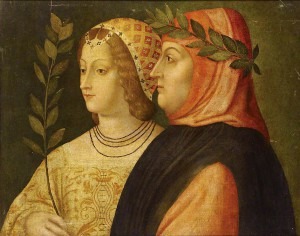 Credit: The Ashmolean Museum of Art and Archaeology; Supplied by The Public Catalogue Foundation

Franz Liszt was the ultimate rock star of the 19th century! Handsome, flamboyant and a genius performer with a natural aptitude for the stage, he eventually turned into a prolific thinker and monumental composer. Yet, that path towards enlightenment was a period of great personal insecurities and professional turmoil. Between 1835 and 1839 Liszt was living and traveling with the Countess Marie d’Agoult, who had left her Parisian banker husband. Their journeys took them throughout Switzerland and Italy, and Liszt musically encoded his impressions into a set of three suites for solo piano, entitled Années de pèlerinage (Years of Pilgrimage). Liszt borrowed this lofty title from Johann Wolfgang von Goethe’s famous novel of self-realization Wilhelm Meisters Wanderjahre (Wilhelm Meisters Journeyman Years). As an introduction to the entire work, Liszt wrote: “Having recently travelled to many new countries, through different settings and places consecrated by history and poetry; having felt that the phenomena of nature and their attendant sights did not pass before my eyes as pointless images but stirred deep emotions in my soul, and that between us a vague but immediate relationship had established itself, an undefined but real rapport, an inexplicable but undeniable communication, I have tried to portray in music a few of my strongest sensations and most lively impressions.”

While the first set of pieces in the Années de pèlerinage trilogy describes real and imagined scenes from the glorious Swiss countryside, the second volume provides impressions of Italian artworks, originating from the surrounding architecture and the world of literature and poetry. Liszt was inexorably drawn to the poetry of Francesco Petrarch, a poet and scholar from Renaissance Italy. Petrarch gave up his vocation as a priest at the first sight of a woman called Laura. Laura de Noves was married to Count Hugues de Sade, and she refused the advances of the poet for the simple reason that she was already married. Laura was unattainable, and Petrach was devastated! So he channeled his feelings into a series of love poems that created a new mode of prose called “Cathexis.” It describes a fixation of desire, a focusing of erotic energy that when harnessed, creates artful poetry. His Sonnet No. 47 thus reads:

Blest be the day, and blest the month, the year,
The spring, the hour, the very moment blest,
The lovely scene, the spot, where first oppress’d
I sunk, of two bright eyes the prisoner:
And blest the first soft pang, to me most dear,
Which thrill’d my heart, when Love became its guest;
And blest the bow, the shafts which pierced my breast,
And even the wounds, which bosom’d thence I bear.
Blest too the strains which, pour’d through glade and grove,
Have made the woodlands echo with her name;
The sighs, the tears, the languishment, the love:
And blest those sonnets, sources of my fame;
And blest that thought—Oh! never to remove!
Which turns to her alone, from her alone which came. 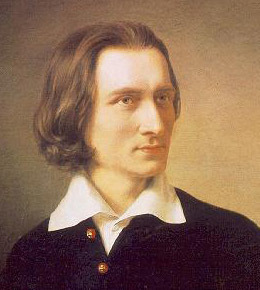 Franz Liszt famously produced two settings of the Petrarch Sonnet No. 47, one for piano solo and the other for voice and piano. Based on the same compositional seed, the two versions are strikingly dissimilar, yet nevertheless closely related. What is remarkable above all, is the fact that Liszt continued to rework and revise these settings for well over two decades. The original version, for tenor (soprano) voice and piano, emerged in 1838 and initially remained unpublished. Liszt did fashion a piano transcription, which was first published in 1846, with the original song issued in 1847. During the 1850’s, Liszt worked on the first revision of the piano setting and included this version in the second volume of his Années de pèlerinage, published in 1858. Calling his first song setting “too repetitive and ornate,” Liszt transcribed the original vocal version for baritone and piano in 1865, but did not lead the song to publication until 1883. Interestingly, we clearly do not have a final version, but simply a collection of works that reflect Liszt’s changing attitude towards his own music and Petrarch’s longing and sentimental poetry.