Artists Interviews
“These Concerts Are a Gift to Myself”
In Conversation With Pianist James Lisney
by Frances Wilson April 24th, 2022

After two years of cancelled concerts and performances in empty halls, British pianist James Lisney, who turns 60 this year, is looking forward to his spring and early summer concerts with excitement.

We caught up with James to talk about how he and the classical music industry in general has fared during the past two years of the pandemic, the challenges and unexpected benefits of the enforced isolation, and the pleasures of returning to live concert-giving once again.

We are seeing a return to concert-giving and concert-going post-pandemic, and a return, hopefully, to full venues and normality. Have you seen any benefit from the enforced isolation of lockdowns and lack of live music? 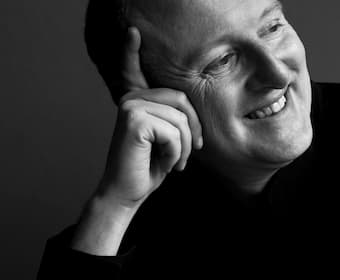 The life of a self-employed pianist has, in many cases, not been too adversely affected by the pandemic. Study, recordings, writing and online teaching have filled the gaps – but I am aware that there are many musicians who have had their careers decimated by the collapse of orchestral choral concerts in particular. Their phones and emails fell silent almost as soon as Covid was flagged up and, even when concerts started again, the full forces have not been employed on a regular basis. This economic hardship has not been specific to the young musicians, but there are scary statistics about how many musicians of all ages have either decided to retire or change profession. Apart from the lack of income, the day-to-day expenses of their vocation continue: large insurance payments, membership of industry bodies, diary service subscription, instrument maintenance etc.

The matter of concert cancellations has been frustrating but it has also allowed unexpected time to rest and to study. For me this has enabled me to learn two monumental piano challenges by Beethoven: the Sonata in B flat (‘Hammerklavier’); and the ‘Diabelli’ Variations’ which I’m programming throughout the group of concerts that I am giving this spring and early summer. The lack of time pressure has allowed for deep and relaxed study – processes that have refreshed my love of music and the piano.

With time suddenly becoming a plentiful commodity, I have had time to explore Scriabin for the first time, work at the music of Jan Vriend (always a slow process for me!), Chopin’s Études and Liszt’s Feux Follets – and I’ve even studied technical exercises that I’ve been intending to ‘get around to’ for about forty years!

The concerts I’m giving this spring and early summer are a gift to myself (programmed around my sixtieth birthday) and feature works that are the fruits of the pandemic (including Beethoven’s ‘Diabelli’ Variations and Scriabin Vers la flame, for example); and music that I have performed for over four decades (such as Chopin’s Sonate funèbre and Ronald Stevenson’s ‘Peter Grimes Fantasy’).

During the pandemic you gave a concert at St George’s Bristol, UK, to an empty hall. How do you feel venues have adapted to the “new normal” and supported musicians during the past two years?

St George’s Bristol, one of the UK’s foremost chamber music venues, has been a fantastic support for me and many other musicians during Covid. They have adapted finances and concert formats, organised industry-leading livestream events, and kept in touch with their community, both local and nationwide. I performed the final sonatas of Haydn, Beethoven and Schubert in autumn 2020 to an empty hall, but arrived home to email messages from audience members in the USA, the Czech Republic and New Zealand!

I am very much looking forward to returning to St George’s with an all-Chopin programme on 21 May.

The music of Frédéric Chopin remains very close to your heart. What is the attraction of this repertoire, for both player and audiences?

Chopin has been central to my programmes since I was eighteen. Audiences love this music and it is a constant fascination to attempt to play it – but it is also a constant inspiration in my work as a teacher. Chopin gets to the heart of our physical relationship with the instrument – and to the beauty and meaning of the score. He exemplifies exactitude and classical values with the skills of poetic recreation and improvisation. When one considers, in addition, the premises of his teaching philosophy, it is difficult to find an area of his influence that is not essential to the study of music from almost all of the eras of keyboard music.

The Sonatas and Fantaisie [Opus 49] have been in my repertoire since my teenage years and continue to fascinate and evolve for me – each return to study revealing a more essential layer of understanding. The pandemic has been a chance to work on the Mazurkas – music as dense in implication and as demanding intellectually as late Beethoven. The trio of Mazurkas, opus 56, for example, cover a huge intellectual range and can hardly be considered as “miniatures”.

Pre-pandemic you launched your …petits concerts series at the 1901 Arts Club. Tell us more about this series.

I am looking forward to returning to the large recital halls such as St Georges, the Bradshaw Hall in Birmingham and the beautiful Stoller Hall in Manchester – but I have a special place for the resumption of the …petits concerts series held at the bijoux concert venue and salon that is the 1901 Arts Club in Waterloo, London. This project was thriving in the seasons before Covid and enabled a spontaneous and simple organisation for concerts, contact with a relaxed and intimate audience (both during and after the performances) and the chance to raise money for a variety of purposes. The latest instalments in this series will be fundraisers for The Amber Trust (which supports the musical expression of partially sighted and blind children), of which I am proud to be a patron, and Help Musicians, a charity which has done so much to help musicians during the pandemic.

James Lisney will give concerts in Norwich, London, Birmingham, Manchester, Bristol, Cheltenham and Tunbridge Wells, UK, between April and June. His ‘….petits concerts’ Champagne series, inspired by the annual series of recitals given by Charles-Valentin Alkan at the Erard showroom in Paris during the 1870s, resumes at London’s 1901 Arts Club in late April.