In Tune Sciences
The Voices of Angels
by Desiree Ho December 9th, 2011 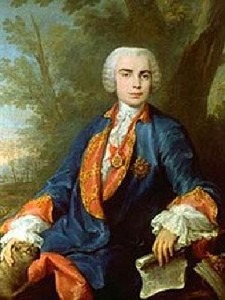 During the Baroque period (1600-1750), male sopranos composed about 70 percent of all opera singers. Crowned as the singing sensations of the 18th century, these men moved audiences with the shrill clarity of their high-pitched voices, and the lung power of a full-grown man. However, behind their success was a painful price to pay.

The History of Castrati in the Baroque Period

The first documents mentioning castrati are Italian church records from the 1550s. In 17th-18th century Italy, about 4000 of the finest boy sopranos were selected each year for a procedure known as ‘castration’. Castration involved cutting the blood supply to the testicles, or amputating them altogether. If performed before the onset of puberty, the procedure prevents the larynx from lengthening, thereby preserving the prepubescent vocal range. This allows the voice to mature in a unique way into adulthood, allowing the male singers to possess special voices that no uncastrated man can develop.

After castration, the boys are sent into special musical schools for years of intensive training in hope to become successful opera singers, church choir soloists or entertainers in royal palaces. As the castrato’s body grew, his limbs often grew unusually long due to the lack of testosterone, as did the bones of their ribs. This, combined with intensive training, gave them unrivalled lung-power and breath capacity. Singing with child-like vocal cords, their voices were also extremely flexible, and quite distinct from the equivalent adult female voice, with higher vocal ranges than the uncastrated adult male. Although castration was illegal in some parts of Italy, thousands of poor families continued to send their sons down this uncomfortable route in search of stardom.

Why was castration necessary?

During the reign of the Catholic Church, females were not allowed to join the church choir, nor could they perform on stage, so this role was taken up by young boys instead. However, as these boys reached puberty, the voice box, or larynx, drops and deepens about one octave. The longer and thicker vocal chords have a lower fundamental frequency, which no longer allows them to sing female songs. Hence the only way to preserve their beautiful voices into adulthood was to castrate them. No matter how much the church opposed to the practice on the surface, the truth was they needed them for the choir, and they were afraid that banning the practice would affect church attendance.

The second reason was that there was a market for castrati, especially amongst the rich people. Castrato singers were often hired by the royal courts or the upper class, and could earn a living that lets them to live lavishly and sometimes, that came with a great deal of power. With an undisputed status on stage, a castrato could easily request the writers to alter the scores that did not please them, or if they felt the music could not demonstrate their talents to the fullest extent. Otherwise, they would simply take the music to their own composers for alterations. Some of them were also so respected that they could assert great political influence. For instance, the king of Spain was so impressed with Farinelli’s voice, that he granted the singer much of his attention and made him a power behind the throne. In the poorer areas of southern Italy, a castrato’s income would be enough to support his whole family.

It was only until the nineteenth century that the trend for castrati began to fade. Audiences were beginning to tire of Italian opera by the 1760s because plots were becoming sillier, while comic opera and ballad opera were gaining in popularity. Furthermore, male sopranos in opera were no longer necessary for female roles because women were now allowed to perform on stage. Castration was made illegal in 1870.

Francesco Antonio Massimiliano (1659 – 13 May 1726), nicknamed Pistocchi, was probably the most famous child prodigy before Mozart. He was an Italian singer, composer and librettist, and made his career as a castrato. At around the age of 8, he was already composing many great works and became known as a composer, having published Capricci puerile, a set of instrumental pieces. His adolescent years were spent singing in the Bologna church choir. From 1696 to 1700 he was maestro di cappella for the Duke of Ansbach. By adulthood, he was not only a famous singer, but also wrote 5 operas, and established his own music school in Bologna, which nurtured many famous students.

George Frederic Handel once wrote an opera for Pistocchi’s student Bernacchi, who also taught at the established school in Bologna. Mozart also wrote for one of Bernacchi’s students, Anton Raaff.

The most celebrated Italian castrato singer of the 18th century, and perhaps one of the greatest singers in the history of opera would have to be Carlo Maria Moschi, known by his stage name Farinelli. It was said that his voice could reach any note from a C3 (131 Hz) to a D6 (1175 Hz), spanning three octaves, and that he could hold a note for a whole minute. In the 1994 biographical film about his life, they used recordings of both female soprano and male tenors, and merged them digitally to recreate the sound of a castrato, which was otherwise almost impossible to imitate.

While castration did little to damage a castrato’s intellectual abilities, it did pose some serious emotional and health problems. Due to the removal of the testes, castrati suffered an infantile penis and underdeveloped prostate and stored more subcutaneous fat than normal men. The lack of male sex hormones also meant their limbs never stopped growing, so their arms and legs tended to grow usually long compared to the torso, making them look somewhat disproportionate. These disfigurements led to many of the well-documented personality disorders that castrati displayed, and they were also unable to lead normal sex lives. While their popularity made them slightly conceited, their personalities made them difficult to get along with. For instance, Handel’s notorious arguments with his castrato Senesino were well-known throughout England. 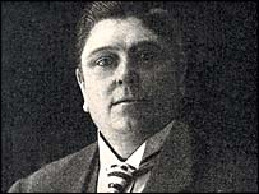 The last of the living castrati was Alessandro Moreschi, who died in 1922. He is the only castrato to have been recorded, but even so many say the recordings were well past a castrato’s best years. The only similar castrato voices alive today are so-called “natural castrati”, who are people born with hormonal abnormalities, and are thereby able to reproduce the vocal effects of castrato without going through the operation.