Composers Anecdotes
The rise and rise of the countertenor I
by William Cole March 9th, 2014 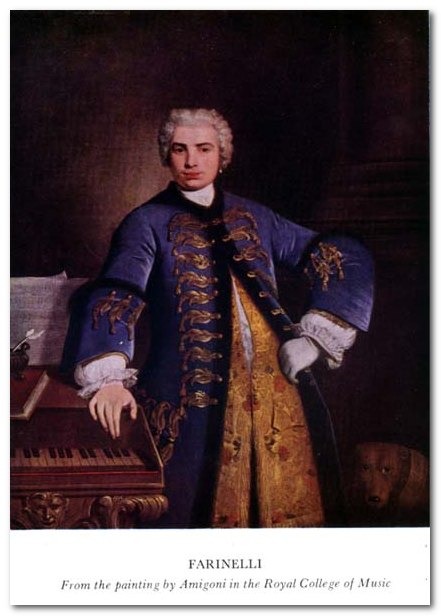 Strange though it may seem, we may be in the middle of a rebirth of the countertenor voice in our popular consciousness. For a long time, from the time of Mozart until the mid-20th century, the sound of the high male voice was essentially absent from Western musical culture, a remarkable fact considering that the same sound had been heard throughout Europe up until that time in both the opera house and the church, mainly because women were not permitted to perform in either institution. The wonderful body of choral music by composers such as Perotin or Leonin, and later Josquin and Ockeghem, was scored for an array of male voices, with basses at the bottom, tenors in the middle and countertenors on top. The actual word ‘countertenor’ is very close to a different voice type, the ‘contratenor’, a very light tenor voice that actually covered the same sort of range as its falsetto counterpart but in chest voice. The voices would sing with little or no vibrato, allowing the clear polyphonic textures to shine. We can hear attempts to recreate this sound by many vocal consort groups today, such as the Hilliard Ensemble or the Orlando Consort.

Later, in the Baroque period, a very different high male voice was being cultivated in the opera house, where composers such as Handel and Hasse vied to write music for famous castrati such as Farinelli or Senesino. The procedure of cutting the blood supply to the genitalia, if undertaken before puberty, would prevent the larynx, or voice box, from lengthening and the voice from ‘breaking’ to a bass or tenor range. There were a number of resultant physiological differences, including very long limbs and indeed a shorter lifespan. But the most desired change was an expanded ribcage, which allowed castrati to develop an unbelievable breath capacity – Farinelli in particular was apparently able to sustain a single note for over a minute – as well as extraordinarily flexible voices. The composer and flautist Johann Joachim Quantz commented in 1726, on hearing Farinelli in Milan, that the singer’s range was from the A below middle C to the D two octaves above – an extraordinary range by any standards! Charles Burney helpfully left us an account of a performance by Farinelli: 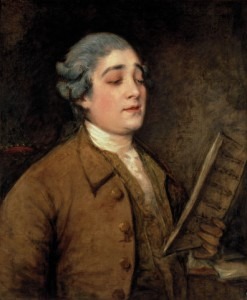 “The first note he sung was taken with such delicacy, swelled by minute degrees to such an amazing volume, and afterwards diminished in the same manner to a mere point, that it was applauded for full five minutes. After this he set off with such brilliancy and rapidity of execution, that it was difficult for the violins of those days to keep pace with him.”

Their amazing feats lent the top castrati considerable fame and huge riches, with annual incomes of about £5000, an enormous sum at the time.

But this level of stardom was perhaps unsustainable, and as the Baroque era turned to the Classical, and a shift to Enlightenment values led to an acceptance of women in opera houses, the art of the female voice soon began to develop, and in his operas Mozart demanded great virtuosity and expression from his sopranos in such roles as the Countess in Figaro, Pamina and the Queen of the Night in The Magic Flute and, perhaps the most demanding of all, Fiordiligi in Cosi fan tutte. The rest is history – many of the most famous roles in all opera are for the soprano voice. So what happened to the countertenor? In my next article, we will look at the way that the high male voice rose again in 20th century art music, as well as looking at how its haunting sound has become an important part of today’s popular music.

French Countertenor Philippe Jaroussky will be performing at the coming French May Festival.