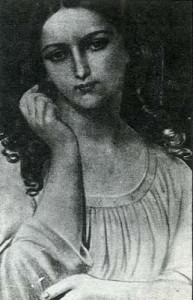 For 12 years, the Villa Altenberg in Weimar became the holy shrine celebrating the religious and personal cults of Carolyne von Sayn-Wittgenstein and Franz Liszt. Working together in a church like atmosphere of religious solitude, they wrote essays, composed tone poems and piously despised the sins of the flesh that unmarried couples are not supposed to enjoy. Franz increasingly withdrew from public performances, yet remained active as a conductor. He also had become, quite naturally, the most sought-after piano teacher in the world. In the autumn of 1853 yet another hopeful piano student arrived in Weimar hoping to study with the keyboard acrobat par excellence. Her name was Agnes Street-Klindworth, and she was the daughter of Georg Klindworth. History remembers Georg as Metternich’s master spy, and he is frequently described as the “most important secret diplomat from the Congress of Vienna in 1814-15 to the time of Bismarck in 1862.

Agnes herself was an expertly trained secret agent, and getting in Liszt’s underpants was never a particularly challenging assignment. As such, the piano lessons with Liszt were simply a convenient cover for her real mission. Weimar, like many important centers in the German Confederacy was still reeling from the effects of the 1848 Revolutions that broke out in many countries in Europe, including the Austrian Empire. The middle classes looked for political freedom, democracy and freedom from censorship, while the working classes sought improvements to working and living conditions. Initially the two factions loosely coordinated their protest and rebellions, but mounting disagreements led them to pursue their own individual agendas. In the end, the conservative aristocracy — having successfully exploited this discord — defeated the rebellion and forced many liberals into exile. And Weimar, the city of Goethe, Schiller, Herder, Bach, Hummel and Liszt had been a site of pilgrimage for the German intelligentsia ever since the late 18th century, and it now became the perfect hiding place for numerous liberal refugees from the failed 1848 Revolution. 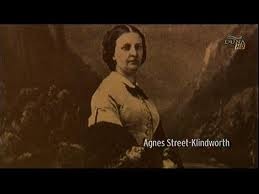 So Agnes was sent to Weimar, under the guise of taking piano lessons, to keep an eye on all these undesirable elements. While Agnes was probing Liszt’s mind — of course she slept with him professionally only minutes after her arrival — and Liszt was correcting her fingering and pedaling, they fell in love. Sometime between 8 December 1853 and 12 September 1854, Agnes bore a son, and she baptized him Ernst August Georg. Scholars and rumormongers have long attempted to prove that he was actually Liszt’s child, but since Agnes always took great care to falsify all declarations on official documents, Liszt’s possible paternity remains undocumented. Essentially, all we have is some rather unflattering rumors, “they say that George Street was the son of Liszt and one of his pupils and that he was a barfly whom alcohol was to kill.” When Agnes left Weimar in 1855 she was pregnant again, and registered the birth under the name Ernest Auguste Georges, the French equivalent of his older brother’s name! Liszt never recognized these two boys, and there is no evidence that he made any kind of private payments or arrangements. Of course, there had always been rumors in Weimar, but to admit paternity to Carolyn would almost certainly have resulted in the immediate loss of the offending body part. It was much better to maintain a deafening public silence. Agnes suddenly left Weimar on 5 April 1855, which came as a great shock to Franz. The official version suggests that she was called away on urgent business; however, it is more likely that their intense emotional involvement was seriously threatening both careers, and that her pregnancy could no longer be hidden from public view. They continued to exchange letters until 1870. Agnes communicates in minute details the rapidly changing political landscape of Europe, essentially talking about her work, and Franz exalted in flowery expressions of love — identical to those he had already shared with Marie d’Agoult and with Carolyne Sayn-Wittgenstein. Once Agnes moved to Brussels, she refused to meet him again, despite his desperate pleas. Nevertheless, they remained close friends. Their correspondence — we have roughly 160 extant letters — was only discovered in 1892, and in the spirit of this clandestine relationship published anonymously!