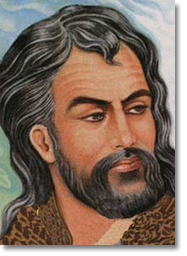 William Jones first translated Hafez into English in 1771. It quickly fired the imagination of writers and poets such as Thoreau and Ralph Waldo Emerson, who referred to him as “a poet’s poet.” Friedrich Engels, who together with Karl Marx developed Marxist theory, also mentions Hafez in their correspondence. In a 1853 letter Engels writes, “It is, by the way, rather pleasing to read dissolute old Hafiz in the original language, which sounds quite passable and, in his grammar, old Sir William Jones likes to cite as examples dubious Persian jokes, subsequently translated into Greek verse, because even in Latin they seem to him too obscene.” Translating the lyric verses of the ancient Persian poet was no easy task, and we already have seen that Georg Friedrich Daumer’s free renditions elicited rather severe critical responses. And thus it was left to Hans Bethge, who already had made his name with his free translations of the “The Chinesische Flöte,” to fashion a poetic translations titled “Love Songs of Hafez.” And it was Bethge’s text that stood at the center of Karol Szymanowski’s 1925 setting.

I want, I would be a morning-clear lake
And you the sun, which is reflected in it.

I want, I would be a source in the meadow
And you the flower that laughs at it.

I want, I would be a green thorn at the bush
And you the rose that shimmers in red.

I want, I would be a little grain in the sand
And you the bird that picks it fast, fast! 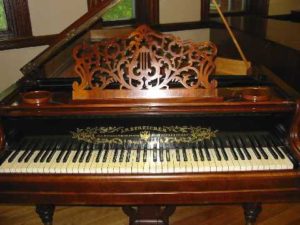 Theodor Streicher (1874-1940) came from the long line of famous piano builders, and he was slated to take over the family business. But Theodor had other ideas and urged his father to sell the business because he was determined to make his living as a composer. Initially, he enrolled in acting school and took music lessons with assorted Viennese teachers. As a composer he was largely self-taught, yet his 30 songs from “Des Knaben Wunderhorn” of 1903 were a huge success and he was lauded as the savior of the German Lied. For his Hafez setting, Streicher relied on the poetic and free translations by Georg Friedrich Daumer.

A beloved child
to you is given,
Hold him fast in your heart,
cherish this wond’rous gift.

Clasp him to your breast,
kiss his sweet mouth,
ask not, what Eden’s
bliss for salvation has been granted!

This earth is dark,
what knows a loving heart?
In the nightingale’s eyes
the whole world is transfigured. 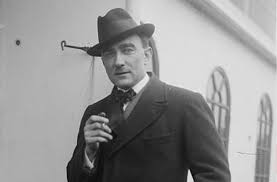 Simon Sargon was born in Bombay, India, to a family of Sephardi, Indian-Jewish, and eastern European Ashkenazi heritage. He came to the United States as an infant, and studied piano with the legendary Mieczyslaw Horszowski at Brandeis University. During his graduate studies at The Juilliard School, he received composition lessons from Vincent Persichetti, and also from Irving Fine and Darius Milhaud. Ever since, Sargon has made important contributions as a composer, educator, arranger, pianist and conductor. His compositional portfolio includes a substantial number of works relating to Jewish experience, but also vernacular works based on poetry by Langston Hughes, William Blake and others. His Homage to Hafiz is scored for oboe and piano, and in the three mood pieces the composer “tried to create a musical statement reflecting Hafez’s unique humor, wisdom, and joyous love of life. As the poet himself expressed it: “one regret, dear world, that I am determined to have when I am lying on my deathbed, is that I did not kiss you enough.” 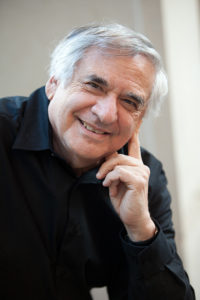 Vocal music was not a favorite genre of Alexander Glazunov. He wrote just over thirty songs, mostly during his youth. He stumbled onto the free Russian translation of a Hafez poem fashioned by Pushkin, and it fueled his youthful imagination. Composed between 1888 and 1890 Glazunov’s setting explores the passionate words with mature fluency and military assurance. At heart, Glazunov was a dedicated Romantic composer, and the spirit of his music emerges in rich melodies and delicate ornamentations. It’s a real shame that he never really warmed to the idea of setting poetry.

Alexander Glazunov: From Hafiz: Don’t be Lured by Warlike Glory