Features
The Nightingale’s Sonata
The Story of Violinist Lea Luboshutz and Her Musical Dynasty
by Janet Horvath February 13th, 2022 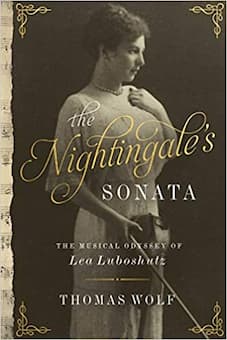 Legendary violinist Lea Luboshutz, was one of the first female soloists to be internationally recognized, and yet her name is not well-known. In 2019 Thomas Wolf, Ms Luboshuz’s grandson, illuminated her place in history in his book The Nightingale’s Sonata—The Musical Odyssey of Lea Luboshutz. And what a story it is!

When I wrote the series The Great Women Artists Who Shaped Music I neglected to feature this important artist, a founding member of the Curtis Institute of Music, who collaborated with legendary performers such as pianist Josef Hofmann, baritone Fyodor Chaliapin, conductor Serge Koussevitzky, and many others. 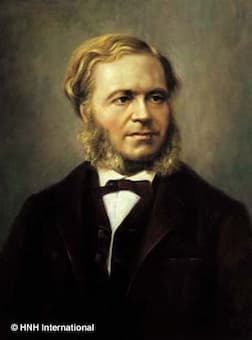 Born in 1885, Lea Luboshutz was a rare violin prodigy among the poorest families in Odessa in pre-revolutionary Russia (now the Ukraine.) Opportunities were restricted for Jewish people and Lea’s talent made the dream of leaving “The Pale” to study in Moscow a possibility. By age five Lea practiced hours a day in their two–room frigid and dank home. Three years later fortune smiled upon them. Emil Mlynarski the violin teacher at the Odessa Conservatory, who had been a student of the legendary violin pedagogue Leopold Auer, was so impressed with Lea that he arranged a scholarship for her to study with him. The entire Mlynarksi family rallied to teach Lea not only the violin. Their guidance led to Lea becoming fluent in French, developing her sense of fashion and refinement, and assuming a professional demeanor, all essential attributes for a world-class soloist. But her life was not without complications and romantic entanglements.

The composer César Franck dedicated his brilliant sonata for violin and piano to Belgian violinist Eugène Ysaÿe who performed the sonata on a tour of Russia. As fate would have it, Onissim Goldovsky, a wealthy political activist-attorney and pianist, as well as members of the Luboshutz family heard the work that would become pivotal for them.


Lea’s talent was such that at the age of eleven she was given permission to study in Moscow at the Moscow Conservatory. During her years there Ysaÿe, a guest professor, chose Lea to play for him and subsequently invited her to study in Belgium. The master eventually would coach Lea on the Franck Sonata. 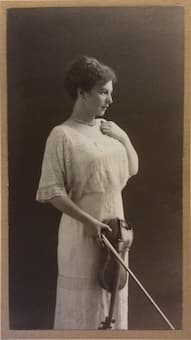 Lea began touring Russia and Eastern Europe as a teenager. Perpetually in need of sponsors, the 16-year-old also performed for private functions. One evening Goldovsky was in attendance. He boldly approached the young artist and asked if he could accompany her in the Franck Sonata. Reluctantly, Lea agreed, expecting that Goldovsky was no more than a dilettante at best. How could he even know of the work let alone handle the virtuosic piano part? Smitten, Goldovsky, although he was already married, became Lea’s benefactor and partner. Once Lea was settled in a large apartment the couple held lavish parties attracting the finest artists and musicians of the time. They had three children together.

Lea’s siblings were also accomplished musicians. They toured extensively throughout Russia as The Luboshutz Trio—Pierre on the piano and Anna the cello—and were designated the country’s most famous chamber ensemble.

Lea Luboshutz’ first American tour in 1907 began with a triumphant appearance at Carnegie Hall. Her future seemed assured until a mere ten years later the Russian Revolution erupted. They decided to flee Russia due to Goldovsky’s explicitly political activities. Lea departed first, in 1921, and embarked on a concert tour of Germany with her young son Boris as her accompanist. Tragically, not long afterward, Goldovsky died in Russia. Lea attempted to continue to tour Europe, however her career stalled once she settled in Paris. Never one to look back, she conceived of a concert that would be the event of the season—a joint recital with the great baritone, her friend Chaliapin, at the Grand Opera House in Paris. Once again fate was kind to Lea. The famed impresario and concert manager Sol Hurok who attended, decided to make Lea a star.

As a result, in 1925 Luboshutz made her recital debut at Aeolian Hall in New York impressing her audiences and her manager, who guaranteed future performances in the US. Triumphantly embarking for Europe, Lea found that fellow musicians were on board including the esteemed pianists Josef Hofmann and Dame Myra Hess. Hoffman and Luboshutz performed the César Franck Sonata on the ship, which led to a long and fruitful association as duo partners, lovers, and eventually colleagues at Curtis. Later that year Lea premiered the Prokofiev Violin Concerto No. 1 in New York with Ernst von Dohnányi conducting. 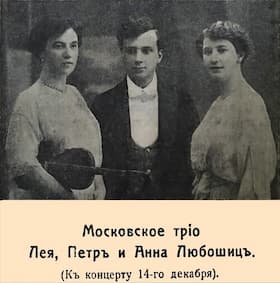 In 1927 Josef Hofmann became the director of the Curtis Institute and shortly thereafter he appointed Lea Luboshutz to join the violin faculty—a controversial choice. Her peers were all strong men. The Hungarian violinist and pedagogue Carl Flesch vocally opposed her appointment and resigned in protest.

Imposing and strict as a teacher, Lea insisted on European precepts—scales, arpeggios, and études. She understood the students needed to become accustomed to performing for an audience and at the same time she hoped to change the competitive and critical atmosphere. She introduced a revolutionary concept of “class” concerts. The students were required to play for each other on a regular basis and to make constructive comments—a practice which reaps many benefits, and today is part of most music programs.

There are fascinating details in Thomas Wolf’s book especially regarding the political climate of the times and the illustrious careers of other family members. Anna Luboshutz, a notable cellist performed all over Russia; Pierre Luboshutz a wonderful pianist who performed with his wife Genia Nemenoff; Boris Goldovsky, Lea’s second child, a pianist, became an opera producer, and the director of the opera departments at Tanglewood Music center and the New England Conservatory of Music; Andrew Wolf, a grandson, was a Curtis graduate and pianist who collaborated with violinists Isaac Stern and Joseph Silverstein.

The title of the book is named after Lea’s Stradivarius violin, “The Nightingale” bequeathed to her by Aaron Naumberg after one of her Carnegie Hall performances. The book illuminates a very important era of music. I hope I’ve piqued your interest.