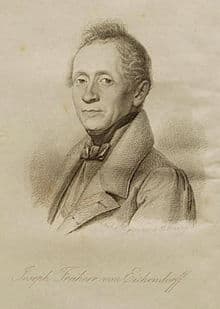 Joseph von Eichendorff’s poetry addresses a number of basic concepts, including the passing of time and nostalgia. Time for Eichendorff “is not just a natural phenomenon but each day and each of our nights have a metaphysical dimension.” The morning, on the other hand evokes the impression that “all nature had been created just in this very moment, while the evening often acts as a metaphor for the pondering of transience and death.” 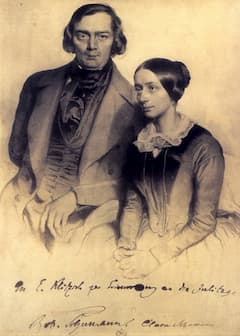 Nostalgia, in turn, has been identified with the phenomenon of infinity. Comprised of longing and melancholy, “the inner emotion for longing is to long for, the inner emotion of melancholy is to mourn.” Theodor Adorno identified Eichendorff as “a poet of homesickness,” and in a long line of poems titled “In a foreign Land” Eichendorff combines homesickness, nostalgia, and the passing of time with the concept of transience and death. 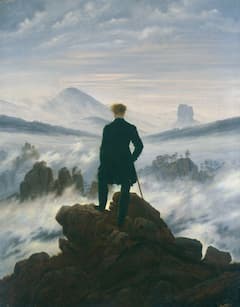 Wanderer above the Sea of Fog by Caspar David Friedrich

Robert Schumann wrote to Clara in 1840, “This ceaseless inner music is almost killing me, I am almost obsessed by it. Oh Clara, what bliss it is to compose for the voice! I have done without it for a long time.” The Liederkreis based on poems written by Joseph von Eichendorff was completed before his marriage to Clara. The entire collection of poems is not based on the usual topic of love, but on solitude. There is no overarching narrative to hold the cycle together as it is more loosely based on themes and connections within the twelve poems. 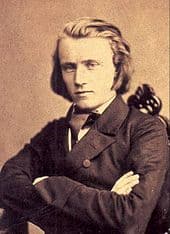 With the Eichendorff Liederkreis Schumann virtually invented a new type of song, the romantic night piece, serene, ecstatic, or ominous. “In der Fremde” opens the cycle and it is typical in its expression of estrangement and nostalgia amid a dark, woodland landscape. Schumann’s tune has a haunting pathos, discreetly heightened by its gently rippling arpeggio accompaniment. Johannes Brahms took on the same poem more than a decade later, and discloses great proficiency in subtly altering musical details between mostly similar strophic stanzas. He probably showed his setting to Schumann on the occasion of his first visit, and the elder composer must have been overjoyed at receiving such unbridled musical homage. 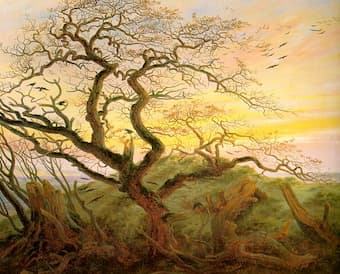 The Tree of Crows by Caspar David Friedrich

The Schumann Liederkreis based on poems by Eichendorff contains an additional poem entitled “In foreign Lands.” While the opening song had started with a brooding and profound utterance of loneliness and separateness, now the wind cannot be trusted. It speaks of other times and places, joyous unions and beloved people who are out of reach. Nature is not there to comfort or help the lonely soul, but becomes a disorienting and disturbing force. 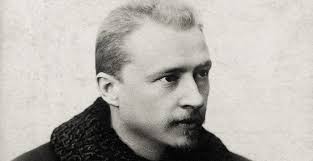 Joseph Eichendorff was one of Hugo Wolf’s (1860-1903) favorite writers, and the composer fashioned a total of 26 songs. And that includes three settings of poems titled “In der Fremde.” Composed early in his career, Wolf was already attracted to the images of the archetypal lone traveller, and the outsider in physical and spiritual exile. With Wolf the singer continuously slips into a new persona, each conceived scenically as the medium for a first-person monologue. Yet for all the thematic contrast there is a formal element, which unifies all of these songs: two-or four-bar phrases in Wolf’s music correspond to the conceptual context the poet chiefly expresses in a single line. No
group of bars is set down at random next to another. Instead he draws musical unity from the text itself, which is expressed in the piano part.