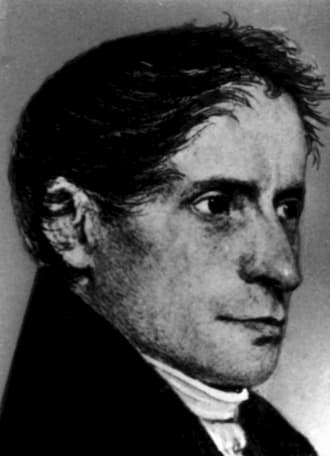 The poet, novelist, translator, and playwright Joseph von Eichendorff (1788-1857) might not be a household name today. Yet, his poetry was set to music approximately 5,000 times, rivaling if not surpassing the number of musical settings of Goethe and Heine. Eichendorff had the unique ability to take simple words and fill them with feelings of unbelievable depth and music. His poetry is seemingly simple, with the same openness and sincerity that characterizes the German folksong. What makes Eichendorff different is his ability to turn everything in a melodious stream of words, where images become symbols of the inner yearning for the infinite, the search for some fleeting moment of bliss and fulfillment. “Mondnacht” or roughly translated at “Moonlit Night” has been described as Eichendorff’s most beautiful poem, “one of the few perfect lyrical marvels in the German language.” Robert Schumann’s setting, in turn, matches the art of the poet in richness, nuance and form, creating a context in which verbal and musical elements embrace and reinforce one another. 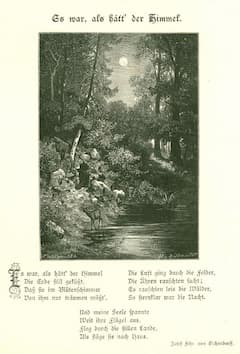 As you can probably tell, Eichendorff is incredibly difficult to translate. But if you glance at the poem, you see that twelve lines of poetry are divided into three quatrains each composed of a single sentence. In the original German, each pair of even numbered lines ends with perfect rhyme, while odd numbered pairs terminate slightly imperfectly. At a deeper level you will notice the arrangement of substantive and action words, and the interplay of opposing noun genders. This theme of opposition then magnifies in imagistic relationships between air and fields, heaven and earth, rustling forests and still lands. 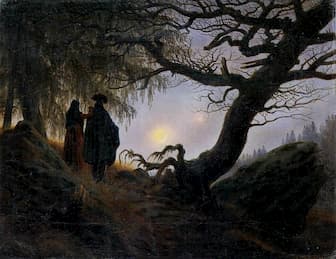 Man and Woman Contemplating the Moon by Caspar David Friedrich

“Opposing elements are conjunctive and sympathetic rather than adversarial. They yearn to join with one another. Allusions to reproductive sexuality are strong, suggesting an allegory of life’s sacred self-renewal. The allegory becomes a metaphor for the polarity between flesh and spirit, and the culmination of the theme reflects this: the human soul yearning for reunion with the universal soul of the divine, the human essence expanding beyond earthly limits into the heavenly dimension.” Schumann reads the poem with profound receptiveness and appreciation, and his setting rests upon the principle of this paradox. The musical texture is comprised not of melody and accompaniment, but of vocal music and piano music. These two independent entities mix in an unexpectedly wonderful harmony. As scholars have observed, “Schumann gives the voice a true and fully formed melody to sing, one exclusive from the piano, and the piano plays music that the voice abstains from imitating.” 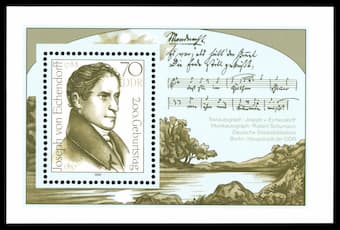 Eichendorff weaves release of moods and mystical landscaping into a multilayered fabric that “tightly envelops universal meanings.” That particular aspect clearly appealed to Schumann’s own personal and creative sensibility, as it did with Johannes Brahms. His setting was composed 14 years later, and in his Lied settings we enter the sphere of highly personal sentiment. He creates a song full of passion and melancholy filled with all the tender magic of romantic love. In the poem Eichendorff affects a dramatic shift in mood and direction at the turn into the last quatrain. The poet presents a dreamy landscape in the first two four line units—the subjunctive first describes the state of things, then the indicative further paints the scene. Suddenly, the focus changes in the last four lines. The soul of the beholder takes to action and his involvement with the previous images becomes clear. “What seemed before to be static metaphors now sweep into a dynamic goal-directed surge. This stands out as one of those momentous acts of awakening.” As for Schumann, this becomes the focal point of Brahms’s setting. However Brahms did not attempt to rival or improve on Schumann’s version, but actually paid homage to his mentor and friend. 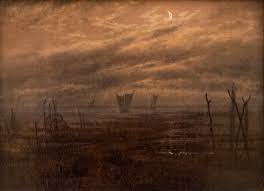 The delicate and dreamy “Mondnacht” continues to inspire musical settings well into the 21st century. With his heavy emphasis on a simply melody, Philipp Riedel forgoes a close reading of poetic lines, and turns the poem into a pop ballad. Yet, the initial harmonic surprise at the end of each of the opening two quatrains intensifies before sinking back into the opening calm reflection.

Wilhelm Killmayer (1927-2017), on the other hand modifies his musical language in dialogue with the text, resulting in musical effects that are bound to the poetry. Killmayer is looking at the ancestry of “Mondnacht” and finds his expansion in the setting of Robert Schumann. “Mondnacht” becomes an extremely reduced miniature, and the declamation of text and the unfolding texture in the piano part produce various musical effects that nevertheless retain a basic musical identity.