My music
Not the Bach You Think: Bittner’s Shimmy on Bach’s Name
by Maureen Buja September 7th, 2020
Tags: Bittner 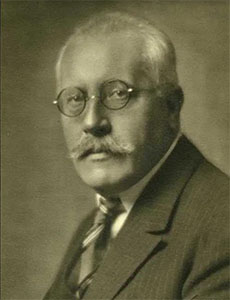 Composers love mysteries, particularly when they can hide something in plain sight in their music. Starting with Johann Sebastian himself, hiding words and letters became a thing to do. When you convert the scale into letters and use German, you can convert B–A–C–H into B flat, A, C, B natural (German usage has B flat being named B and B natural as H).

If you had letters in your name outside the range of A-H + S (Es = E-flat), you could just use the letters you had left: Robert Schuman used S-C-H-A (E-flat, C, B-natural, A), Brahms used B-A-H-S (B-flat, A, B-natural, E-flat) and Dmitri Shostakovich got both his first and last names into his cryptogram of D-Es-C-H (D, E-flat, C, B-natural).

This may seem quite academic, but it was used to hide all sort of things in even the silliest music. The Shimmy was a dance move from around 1920, where the shoulders alternate back and forth as the body is held still.

Provocative and often banned from the dance floor! Lots of composers wrote ‘classical’ shimmies: Paul- Hindemith in his Suite 1922, Bohuslav Martinů in his piano work Puppets, George Antheil, and so on. The Austrian composer Julius Bittner (1874-1939) was one of the most important composers in Austria through the beginning of WWII. After the war, however, he was quickly forgotten because of his old-fashioned style.

Bittner was a lawyer and was connected to the musical circles in Vienna. He is credited with arranging Arnold Schoenberg to be relieved from active military service for the First World War and assessing Gustav Mahler’s will for probate. He was a noted opera composer in his day and one work brought together his skill in opera song and the familiar Bach musical cryptogram: his Shimmy auf der Namen Bach.

This isn’t our J.S. Bach, however, but David Josef Bach, music critic of the Vienna Arbeiterzeitung, created for a present given to David Bach on his 50th birthday. The box included many other treasures of 1920s Vienna: a letter from Schoenberg, material from Béla Bartók, writers Josef and Karel Čapek, Alfred Cassela, and many others. Poems, drawings, pieces of music…all were gifts from David Bach’s friends and admirers.

About 00:57 into the piece, Bittner sets the name of Bach clearly – as can be seen from the image of the score below. 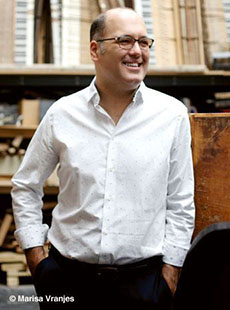 Austrian pianist Gottlieb Wallisch (b. 1978) started his studies at age 6 at the Universität für Musik und darstellende Künste in Vienna, giving his first concert at age 7. He’s a co-founder of the “Austro-Armenian Music Festival”, which began in October 2009 in Yerevan, Armenia, and of the “Internationale Sommerakademie Lans” in the Tyrol. He has been professor piano at the Haute Ecole de Musique Genève – Neuchâtel since 2010. 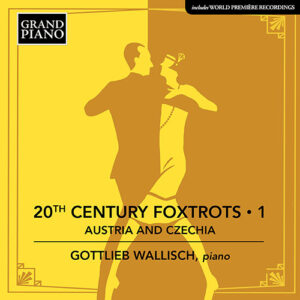 Bittner: Shimmy on the Name Bach