The Paganini of the 18th Century 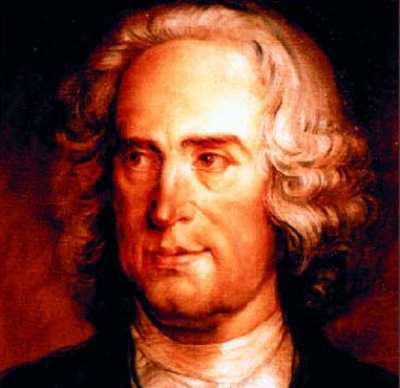 The violinist Pietro Antonio Locatelli (1695-1764) was widely known as the “Paganini of the eighteenth century.” As a performer Locatelli systematically explored the uncharted regions of the instrument, including left-hand extensions, double and triple stops, polyphonic passages and double trills. Above all, however, he greatly expanded on the top register of the violin, on occasion reaching 22nd position. Scholars and historians have suggested that he was in fact “the founding-father of modern instrumental virtuosity.” His primary claim to fame originates with his publication L’arte del violin (The Art of the Violin), a collection of 12 violin concertos with 24 caprices for solo violin in the first and last movements of each concerto. This collection had an immense influence on the development of violin technique, especially in France, “where violin teaching continued to bear signs of his style of virtuosity until the beginning of the 19th century.”

Locatelli hailed from the town of Bergamo, and at the age of 14 became third violinist at the church of Santa Maria Maggiore. In 1711 he was granted permission to go to Rome to further his skills as a violinist under the guidance of the Florentine musician and poet Giuseppe Valentini. In the years to follow, Locatelli performed extensively throughout the city, and placed himself under the patronage of Monsignor Camillo Cybo. By 1723, however, Locatelli’s name disappears from Roman documents altogether. Locatelli had decided to embark on a career as a traveling virtuoso and performances are recorded in Mantua in 1725 and also in Venice between 1723 and 1727. On 26 June 1727, Locatelli performed for the Prince-Elector Karl Albert in Munich, and a year later he was heard in Berlin. Performances in Dresden and Frankfurt followed in 1728, respectively. In December 1728 Locatelli performed in Kassel, and shortly thereafter made Amsterdam his permanent home.

The reason for Locatelli’s move to Amsterdam had little to do with performance opportunities. Rather, Amsterdam was the center of a thriving music-publishing industry, and advanced technology and an efficient network guaranteed wide international circulation. He collaborated with the publishing house of Roger and Le Cène, and obtained a renewable privilege to print his own music. He also gave regular Wednesday concerts in his own house, open only to music lovers and not professional musicians. An English visitor reports in 1714, “he is so afraid of people learning from him, that he won’t admit a professed musician into his concert.” During his 35 years in Amsterdam Locatelli became a highly successful businessman. He passed away in 1764 and left behind a considerable estate, including a library with several thousand documents disclosing his interest in literature and science. Also included was a large collection of printed music, and literature on music theory dating back to the 16th century.

Locatelli’s small compositional output consists of a number of concerti grossi, which follow in the footsteps of Arcangelo Corelli. His solo concertos, on the other hand, are deeply influenced by the virtuosity of Antonio Vivaldi. We also find trio sonatas and sonatas for melody instrument and bass. He made the written-out cadenza a standard part of his violin concertos, and fused his abilities as a virtuoso violinist with the latest stylistic trends of his day. Contemporary critics judged his compositions rather unfavorably, yet to this day, his innovative violin technique remains a sturdy challenge for the player.