In Tune Sciences
The Cup of Water that Took Away Tchaikovsky
by Desiree Ho May 20th, 2011
Tags: Tchaikovsky 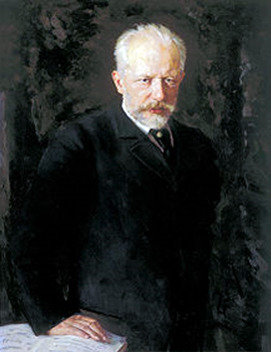 Given the way medical advancements have significantly prolonged life expectancies around the world, it is hard to imagine that old-age diseases such as cholera are still affecting people in our world today. The 2010s cholera epidemic that hit Haiti has reached a death toll of more than 900, with more than 14600 hospitalized with cholera-like symptoms. In Port-au-Prince, more than one million earthquake refugees are living in congestion plagued by patients exhibiting cholera symptoms. It is interesting to find that cholera was not so different in the late 1890s.

In winter of 1893, Tchaikovsky had just completed the premiere of his Sixth Symphony before he passed away in St. Petersburg. To many, the emotional intensity of the movements portrayed the coming of death, and was further theorized as Tchaikovsky’s prelude to suicide. Despite the rumours about his death at the time, the reality is that Tchaikovsky most probably died from cholera, which was prevalent in St. Petersburg at the time.


According to Alexander Poznansky’s records, Tchaikovsky had visited a restaurant after seeing a play with several friends on the 20th day of October. Tchaikovsky ordered some white wine and some water. Health regulations at that time had already required all restaurants to serve only boiled water to customers. Yet, when told by the waiter the restaurant didn’t serve boiled water, Tchaikovsky simply requested the waiter bring him a cup of cold unboiled water. Friends had warned him not drink the water, but Tchaikovsky insisted. 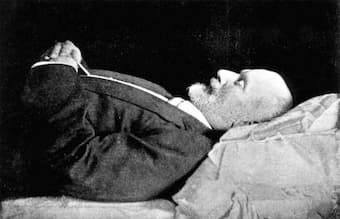 The next day, Tchaikovsky’s brother Modest realised the composer had not awakened from bed, and spent the whole night down with a stomach ache and diarrhea. Although his condition had worsened, Tchaikovsky refused to see a doctor and decided that fish liver oil would be enough to remedy the situation. Finally, as his symptoms worsened, a doctor was called to visit three days later, and it was then that Tchaikovsky was diagnosed with full-blown cholera.

Many people questioned how Tchaikovsky could have procured unboiled water at a time when health regulations strictly prohibited the provision of unboiled water by restaurants. Tchaikovsky’s biographer’s also questioned why Tchaikovsky’s corpse had not been handled in accordance to the legal procedures of cholera victims. Diaghilev recalls that he had already known that Tchaikovsky had died from cholera, but upon visiting the composer’s home, he found that the whole family had already fled, leaving only Rimsky-Korsakov, Nicolai Figner and himself to transport the corpse onto the table to get ready for the funeral. Yet, instead of placing the corpse into a closed coffin to be sent away, the body was left in the house for the public to pay their respects, and anyone was allowed to visit, which somewhat implied that Tchaikovsky had not died from cholera. 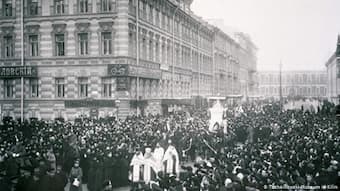 Tchaikovsky’s funeral was held in the Kazan Cathedral. On the day of the funeral, visitors simply covered their noses with cloth, and according to the teachings back then, they believed that spitting on the towel could prevent one from contracting the disease. Some of the visitors also used cloths covered in disinfectant to touch the deceased mouth and nose.

As to why public visits were allowed, the law then had already allowed public ceremonies for cholera victims, and needless to say for such a famous person like Tchaikovsky. On the day of the wake, 60,000 people signed up to visit the church ceremony—virtually the whole city came to say their goodbyes.

Although cholera was prevalent at that time, most of the victims were poor people of the lower class. Very few of the affluent middle upper class would contract the disease. Hence, to die of cholera was considered a social stigma. It might have been hard to accept that someone with a reputation like Tchaikovsky would die of such a lowly disease.

Moreover, Tchaikovsky was known to be particularly meticulous about his personal hygiene and he was never known to eat at restaurants that did not boil water for its customers. 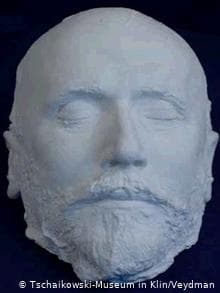 Tchaikovsky’s death has traditionally been attributed to cholera, most probably contracted through drinking contaminated water several days earlier. Since the water was not boiled and cholera was once again rampaging St. Petersburg, such a connection was quite plausible. However, some musicologists and biographers such as Anthony Holden, have theorized that his death was a suicide. It also turns out that Tchaikovsky’s mother also died of cholera, and his father became sick with cholera at this time but made a full recovery.