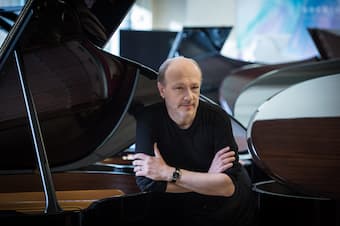 Pianist Marc-André Hamelin has been called “a performer of near-superhuman technical prowess.” In a world of pianism populated by countless aspiring virtuosos, Hamelin stands at the head of the class. Critics have described him “as one of the marvels of the twenty-first century, as few living pianists can match his transparency of articulation, rhythmic and tonal control and cunning virtuoso strength.” Hamelin possesses an unrivaled blend of consummate musicianship and brilliant technique, which he has demonstrated in over 70 albums he has recorded for Hyperion Records, including notable recordings of the concerto and chamber repertoire. Hamelin often brings technically challenging works of lesser-known and often forgotten composers to public attention. Not to be outdone, Hamelin is famous for his association with modern music, as his repertory is exceptionally extensive. He has performed and recorded music by Sorabji, Stefan Wolpe, William Bolcom, Rzewski, and Sophie-Carmen Eckhardt-Gramatté. While his performances are notable for their mastery of the most outlandish difficulties, Hamelin is also a talented composer and arranger. “He has written works which take virtuoso pianism to its limit, and his most recent work, his Piano Quintet, was premiered in August 2022 by himself and the celebrated Dover Quartet at La Jolla Music Society.” 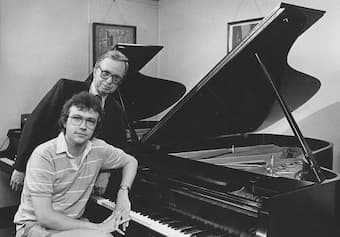 Marc-André Hamelin was born in Montreal on 5 September 1961. He remembers that “my father was always playing the piano in the house from my earliest days: he was a very good amateur pianist and also played a lot of records at home. I became familiar with the standard repertoire, but he was very curious about finding important piano compositions that were less mainline and often forgotten. We essentially explored these together… I started playing the piano at age 5.” Hamelin initially studied with the Cortot student Yvonne Hubert in Montreal before furthering his studies in the United States with Harvey Weedon and Russell Sherman. Hamelin recalls that his early piano teachers tried to discourage him from exploring unusual repertoires. “I got interested in the ‘Concord’ Sonata at the age of 13, but I pretty well had to learn it myself.” In 1985 he won first prize in the Carnegie Hall International American Music Competition. He made his London recital début, performing Schumann’s Carnaval and the Alkan Concerto, at St John’s, Smith Square, in 1992, gave three Wigmore Hall programmes devoted to Romantic virtuoso music in 1994, and made his Berlin recital début in 1998. 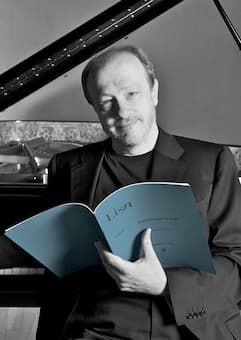 Marc-André Hamelin’s fundamental task is to convince listeners of the worth and inspiration of the music that he is presenting. As he explained in an interview, “I know that people are attracted to spectacle these days, and I can’t change that. Frankly, I wish the word showpiece would be stricken out of the vocabulary because that’s one of the words that I dislike most. Ideally, when people come to see me—I know it’s unrealistic—I wish they would just concentrate on the music itself and my efforts to bring it to life. Maybe some people are too influenced by the way I look on stage, which is probably boring by today’s standards.” In the event, his technique relies on hands that are “balanced and uniform in address and weight that it is almost as if any given note would register identically no matter which hand was playing it.” Hamelin does all the fingerings for the Henle Verlag publishing house, “and there I have to adhere to a certain set of standards. If I put in the fingerings that I actually use, it would be very complicated to notate, since I help myself with the other hand all the time. As I’ve cultivated independence of the fingers, I can sometimes come up with some very creative solutions, many of which would be impossible to write down.” 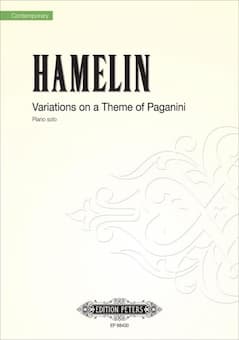 Hamelin’s Variations on a Theme of Paganini

Growing up, Hamelin was initially fascinated by avant-garde music, including Stockhausen, Boulez, and Cage. “I was open to anything because it was all wonderful and strange to me,” he explains. For a long time he favored music from the turn of the 20th century, where tonal harmony really started to break up. “I thought that was possibly the most fascinating and radically innovative period in all of music history.” As a student he wasn’t interested in the Classical repertoire, and “was actually irritated by the huge Baroque revival at that time.” Recently, however, Hamelin has gotten quite interested in the music of C.P.E. Bach. As Hamelin writes, “he tried to break every single rule in the book, and sometimes I’m just in awe of his audacity. It’s simply amazing for the time he wrote.” Hamelin counts over 30 original compositions and transcriptions to his name, including his 12 Études, which “have already achieved cult status by reputation as pianistic challenges beyond the reach of most human fingers.” For Hamelin, “the Etudes weren’t an easy task because I composed the pieces away from the piano. And, truthfully, I didn’t always realize the extent of the difficulties that I was creating for the pianist, especially in the earliest pieces.”

Marc-André Hamelin Performs Variations on a Theme by Paganini