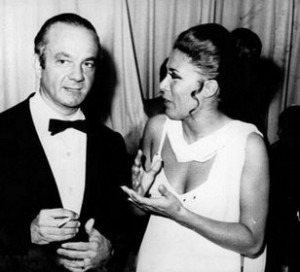 With his marriage to Dedé Wolff in serious trouble, Astor Piazzolla was finding solace in the arms of other women. “I am now seeing a youngish lass, divine,” he told a friend. The affair with the “youngish lass” was short-lived and Astor turned to the wife of a prominent Swiss businessman. That affair was explosive, and after a particularly violent quarrel, he went to see Dedé, in tears. “Astor, I am not your mother,” she told him. Astor soon felt better and publically got involved with a woman named “Norma.” His son Daniel suggested, “Dad believes he is a movie heartthrob and surrounds himself with an impressive number of women.” There was the actress and musician Egle Martin, and on the day of his legal separation, he took Dedé first to lunch and then to his apartment. Dedé, now into her forties became pregnant but on the advice of her physician had an abortion. When she phoned Piazzolla with the news, he callously chuckled “How amusing.” Astor tried again, suggesting that they should “see each other once a week.” Dedé was deeply offended and responded, “I’m not just any old girl.” 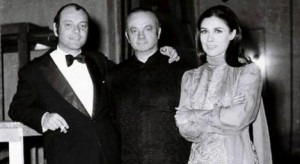 Dedé and Astor’s half-hearted attempts at reconciliation came to naught. The principal obstacle in the process was Amelita (Maria) Baltar. She was in her middle twenties and had initially studied to become a schoolteacher. Her musical career started as a singer of Argentine folk music with the band “Sombras,” and Piazzolla found her “electrifying stage presence irresistible. What legs she has, what legs!” Amelita, however, was not especially excited. “He was a man with a big tummy. I couldn’t believe his shape! He wore square trousers like a square bag and a striped shirt: terrible.” Regardless, Piazzolla had struck a deal with the poet Horacio Ferrer to collaborate exclusively with each other, and they came up with the groundbreaking so-called “operita” Maria de Buenos Aires. Since her start as a folk singer, Amelita Baltar shone with her original voice and the special dramatic character she conferred to all the songs she sang. And thus it was only fitting that Piazzolla chose her to sing the leading role in his “little opera.”

Amelita initially described Astor as a “prissy movie star with a really bad attitude.” Over the next five months “he invited me to watch movies, to have cocktails at the United States Embassy, and eventually he invited me for a whisky to his house.” As it turned out, one whiskey did not do the trick, but after several helpings her resistance had sufficiently weakened. “It certainly was interesting,” she recalls, “I had to show him everything. I do not know how that man came to live at age forty-seven without knowing how to do anything at all. He kissed like a donkey, and he had two children, but that’s all.” Piazzolla certainly had a much better handle on music things, and they once more collaborated with Ferrer on a series of “tango-canciones” (tango songs), which produced his first genuine commercial hit. 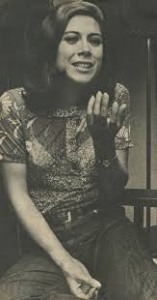 Piazzolla described 1969 as “the most important year of my life. I have composed more than ever. I realized just how fundamental it was to reach the big public… Everyone is whistling Piazzolla.” Piazzolla and Baltar toured Latin America and eventually moved to Europe in 1971. Unhappy to leave her son Mariano alone, Baltar hesitated, recalling that is was “a difficult decision because Mariano’s father had moved in with a real witch.” Amelita later confessed that she was never really in love with Astor. “The initial infatuation, the initial fever, can last you three months, but after that, the only thing that keeps the relationship going is good conversation. In the beginning we had some good talks, but after a while the throat gets dry and the only solution within reach is a corkscrew.” Amelita soon decided to leave Astor because as she explained, “Yes, I was bored. Do you know what it is like to sleep in bed with someone who bores you every night? I have cold feet, he says! Well, do you want me to bring you the hot water bottle?” As expected, the Roman story did not have a happy ending as Amelita grabbed her things in 1975 and said to Astor, “the ticket is one way, I have packed everything so I never come back.” Astor came looking after her in Argentina, but she was not at home and the dog went crazy, “it pissed all over the house.” Amelita and Astor never saw each other again!