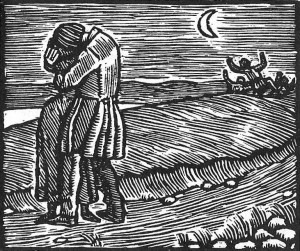 Frederick Delius’ opera A Village Romeo and Juliet leaves in a puzzle with the title – is this a tragedy of young love like Shakespeare’s Romeo and Juliet, or does the addition of ‘A Village’ make it something else?

The answer, of course, is that anything mentioning Romeo and Juliet has to be a tragedy. Rather than being based on Shakespeare, the libretto, written by the composer and his wife Jelka Delius, is based on a novella, Romeo und Julia auf dem Dorfe, by Gottfried Keller, a Swiss author. Sali and Vrenchen play together as children but are separated by their parents. Six years later, the two come together again, and in attempting to separate the couple, Vrenchen’s father is injured by Sali. The fortunes of the two families have failed because of a mutual lawsuit and Vrenchen’s house is to be sold, so she and Sali decide to run away together. But first, they attend the fair and go to the Paradise Garden, an inn where the dancing for the fair is held. At the fair, they encounter the Dark Fiddler, who has been an influential figure through the opera and he tries to persuade them to run off with him to be vagabonds in the mountains. Sali and Vrenchen decide, instead, that they will never again be separated and look for their everlasting peace in the river. 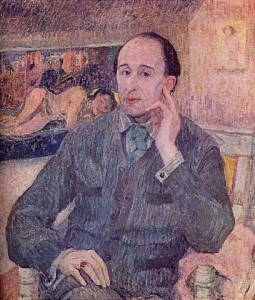 ‘The Walk to the Paradise Garden’ is an intermezzo that comes in the middle of the last act, separating the act’s two scenes and is considered one of Delius’ finest pieces of music.

Delius: A Village Romeo and Juliet: The Fair: The Walk to the Paradise Garden. (Royal Philharmonic Orchestra; Norman Del Mar, cond.)
The opera received its premiere in German at the Komische Oper in Berlin in 1907. It received its English premiere in 1910 at the Royal Opera House, conducted by Thomas Beecham. Although Delius had written the opera in 1900-1901, the Intermezzo wasn’t added until 1906, just before the Berlin premiere. 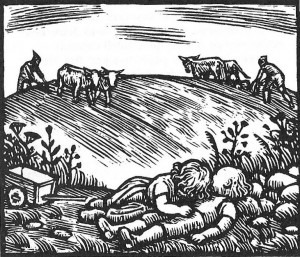 Each of the six scenes of the opera explores a different spiritual state, and as everything in the story conspires to make the young lovers suffer, it is only this one Intermezzo that shows the true happiness they achieve by themselves, away from the rest of the world. The work draws together themes from the five previous scenes and creates a world that for many of Delius’ contemporaries was quite close to the supreme artistry of Wagner.

‘The Walk in the Paradise Garden’ was often compared to the Forest Murmurs scene in Wagner’s Siegfried.

Wagner: Siegfried, Act II: Forest Murmurs (Slovak Radio Symphony Orchestra ; Uwe Mund, cond.)
We don’t currently associate Delius with Wagner, but more often pair him with the great Engish composers of the early 20th century: Edward Elgar, Ralph Vaughan Williams, and Gustav Holst. Listening to this Intermezzo, however, we can hear how Wagner’s great work of 1876 has come into the 20th century.