Artists Interviews
Talking With the Giants: An Interview With Claudio Bohórquez
by Maureen Buja June 16th, 2021 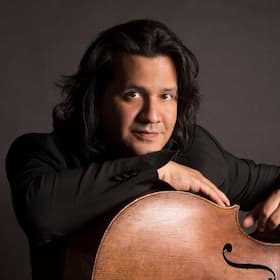 Cellist Claudio Bohórquez wants to talk about mentorship – how do we learn from our teachers and those who have guided us on our way? To do this, he’s started a series on the streaming channel IDAGIO: On the Shoulders of Giants.

This quote by Isaac Newton, made in letter to Robert Hooke in 1675, Newton explained his genius came because others had paved the way: “If I have seen further it is by standing on the shoulders of Giants.” This quote comes from the 12th-century philosopher Bernard of Chartres, who wrote that “we [the Moderns] are like dwarves perched on the shoulders of giants [the Ancients], and thus we are able to see more and farther than the latter.” No matter how far back you want to take this, we all know that our own success was aided by our own giants. 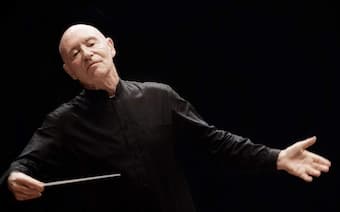 The first giant that Bohórquez will start with is conductor and pianist Christoph Eschenbach.

Bohórquez first met and played for Eschenbach in 1999 and over the past 20 years, they have collaborated on a number of projects. In this concert, he has persuaded Eschenbach to be his pianist for music by Schubert, Schumann, Webern, and Messiaen, visiting yet another set of giants of music. Their discussion will centre on mentorship and how important it is for any artist.


In working with Christoph Eschenbach, Bohórquez has found him to be a man with an open mind and unending curiosity. He always brings questions to an interpretation and is someone who continues to develop. In a discussion about perfection, Eschenbach told him that ‘perfection is boring.’ You can aim at perfection, but it’s all the little parts of it, the intonation, the shades of colours in the sound, the tempo, the relationship between things, and the acoustics that can affect the quality of a performance’s perfection. The object, sound, that you are creating is intangible and the hardest task a musician has to do is to refine that intangible object.

We compared music (intangible) with art (tangible image on the wall) and how art is also affected by the intangible: your attitude, the time of day, the light in the gallery, and so on as you view a work can change your interpretation. It’s your ability to see things with fresh eyes / hear things with fresh ears and take every day as a fresh challenge to your assumptions that’s important.


In working with your mentor, it’s always important that you don’t slavishly imitate them but use their ideas as a springboard for your own development. Bohórquez’ own teacher Boris Pergamenschikow died young, at age 56, but his ideas continue to live on through his students.

In addition to his discussion with Eschenbach on mentorship, he will also look at the question from the other side: what is the relationship between a mentor and a mentee? What advice did Eschenbach get from his mentors that he finds still applicable today? 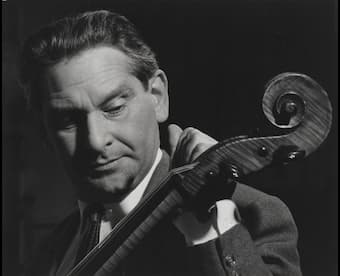 Bohórquez fears that legends are fading faster in our digital world. He remembers his excitement and trepidation at playing for the great cellists such as János Starker and discussing Kodály with him. Or speaking with William Pleeth, who had Jacqueline du Pré as one of his students. Bohórquez found him both kind and enthusiastic.

This concert / discussion is part of series where Bohórquez talks to his mentors and to others about mentorship. Watch him on IDAGIO from 16 June; this concert will be available until the end of December 2021.

Tickets are on sale now.