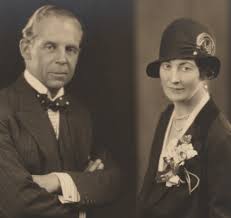 In 1920, Mildred Barnes and Robert Woods Bliss acquired a historic estate in the Georgetown neighborhood of Washington, D.C., which they eventually named Dumbarton Oaks. They engaged an architect to renovate and enlarge the house, and designed a series of terraced gardens. Architectural additions included four service court buildings, and a music room! 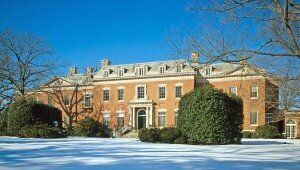 For Robert Woods Bliss it was a very natural addition, because he had been the United States Ambassador to Argentine and Chairman of the Visiting Committee of the Music Department of Harvard University. When the couple retired to Dumbarton Oaks in 1933, they established a Research Library and Collection. This Research Library and Collection was bequeathed to Harvard University in 1940, and is still dedicated to support scholarship in the fields of Byzantine, Pre-Columbian, and garden design and landscape architecture studies. 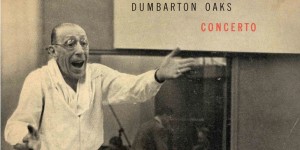 In 1937, Mildred Barnes and Robert Woods Bliss celebrated their 30th wedding anniversary. To commemorate this momentous occasion, Mrs. Bliss commissioned Igor Stravinsky to compose a concerto. At the time of the commission, Stravinsky had been diagnosed with tuberculosis and joined his sick wife and two daughters in a Swiss sanatorium. While hospitalized in Switzerland, Stravinsky immersed himself in the music of J. S. Bach, capturing the art of writing a concerto in the Baroque style. 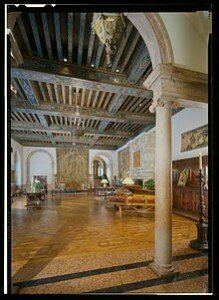 He deliberately evokes Bach’s 3rd Brandenburg Concerto, but clothes it in a thoroughly modern musical idiom. Stravinsky once said, “I do not think that Bach would have begrudged me the loan of these ideas and materials, as borrowing in this way was something he liked to do himself.” Continued illness prevented Stravinsky from conducting the premier of his Concerto at the Dumbarton Oaks music room on 8 May 1938. As such, Nadia Boulanger was called upon to perform that delightful task. Stravinsky did eventually conduct his “Dumbarton Oaks” concerto in the dedicated music room on 25 April 1947, and once again for the golden wedding anniversary of the Bliss’ on 8 May 1958.