Concert in the Stable Yard at Petworth House

This coming July sees one of the UK’s most stylish ‘small is beautiful’ annual festivals celebrating a ‘significant’ year – the 2018 Petworth Festival is the 40th such event. Founded jointly by Lord Egremont and Robert Walker, the well-known composer who hails from the area (West Sussex), and now run by Artistic Director Stewart Collins, the 40th year boasts a programme built to match and salute this milestone. Topping the bill is a stellar list of performers that includes Dame Evelyn Glennie, Steven Isserlis, The King’s Singers, Ji Liu, Alistair McGowan, Barbara Dickson, Darius Brubeck, Gyles Brandreth, Joe Stilgoe, Paul Merton….

Steven Isserlis
Fauré: Elegie
An “experienced but never complacent” festival man, Stewart Collins tells me that he “has always sought to balance the various elements of the festival whether celebrating the West Sussex locale through its venues (ten are used this summer); the appeal to and involvement of the local community; and the balance of performing genres.” Following these loose guidelines, the 2018 programme offers three specific strands; firstly events that celebrate the festival’s 40 years, with concerts featuring performers who have particularly made waves at recent festivals and three in particular with former Festival Artistic Directors – Robert Walker (twice) and David Owen-Norris; secondly performances that mark the massive anniversary that is the conclusion of the First World War; and thirdly a whole series of events featuring young and emerging performers and others specifically aimed at the younger and family audience. 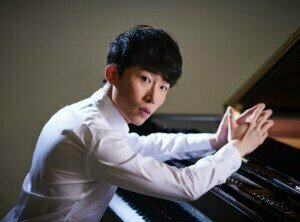 But it is the quality of the audience experience that most excites Stewart Collins about the Petworth event:

Because most of our venues are modest in size, Petworth audiences have an extraordinary opportunity to witness and participate in very high quality events in very intimate surroundings. The performances of the 1918-related theatre piece Between the Crosses in Petworth House’s ancient chapel are just one example, but it is the acoustic of Petworth’s St Mary’s Church that makes so many of the festival’s events “absolutely magical.” Steven Isserlis from a maximum of 50 feet, will be a wonder to behold, just as will be the King’s Singers who stop off in Petworth as part of their own 50th anniversary odyssey, not to mention the concerts lined up featuring baritone Christopher Maltman and the much lauded early music ensemble La Serenissima. 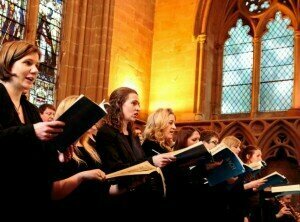 And with other smaller scale events being scheduled for the nearby Champs Hill Music Room, itself one of the most perfect and unique settings for chamber music in the region, the festival is obviously blessed with great options.

The magnificent acoustics of the almost eerily beautiful Stable Yard of Petworth House that the Festival is so privileged to be able to use, will set the tone of this special anniversary year as the festival opens with a performance by the Armonico Consort, combined with the choir of Gonville and Caius College, Cambridge, featuring Thomas Tallis’ choral masterpieces, Spem in Alium and the 60-part mass by Alessandro Striggio.