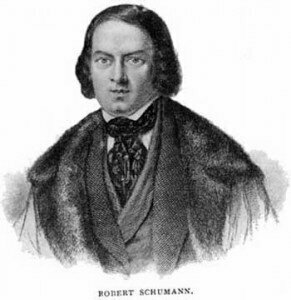 With Robert Schumann teetering on the verge of yet another breakdown, his wife Clara sincerely welcomed her husband’s cello concerto. She confided in her diary, “I have played Robert’s violoncello concerto through again, thus giving myself a truly musical and happy hour. The Romantic quality, the vivacity, the freshness and humor, also the highly interesting interweaving of violoncello and orchestra are indeed wholly ravishing, and what euphony and deep feeling one finds in all the melodic passages!” 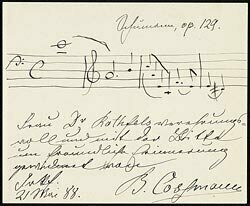 In fact, the move from Dresden to Düsseldorf towards the end of 1850 had temporarily restored Schumann’s confidence and focus. In a matter of weeks he laid out the cello concerto in three movements, yet he appended the title “Konzertstück” (concert piece) rather than “Konzert” (concerto). Apparently, Schumann intended to depart from the traditional concerto conventions, and included the written instructions that it was to be played without pause.

The cello concerto may have been intended for Christian Reimers, the principle cellist of the Düsseldorf orchestra. Schumann did rehearse the work with Reimers in March 1851, but no public performance ensued. A further informal reading with another cellist in 1852 returned a negative verdict, with the soloist lamenting the lack of passages written to display his technical skills. 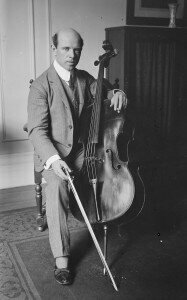 As such, Schumann embarked on a period of extensive revisions, which he incorporated into the finished score in 1854. The work was published in the same year, but with Schumann confined to the sanatorium at Endenich, the cello concerto remained unperformed. The distinguished cellist Ludwig Ebert finally gave the premier on 9 June 1860 in Leipzig, supported by the Gewandhaus Orchestra under the baton of Julius Rietz. The work did not fare well, and spent the next decades in virtual obscurity. Schumann’s cello concerto managed to secure a place in the repertoire only in the early twentieth century, thanks to the championship of Pablo Casals.