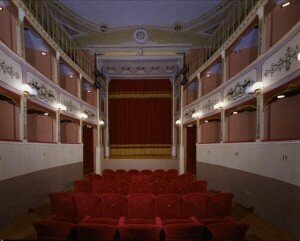 The city is built around a central piazza replete with attractive restaurants and bars. The many villas are protected by high walls and narrow pedestrians-only streets suffices for a short description.

I discovered Panicale because of its “Opera Stagione,” started 4 years ago. The Opera Stagione in Panicale consists of 3 to 4 evenings of well-researched, rare, and interesting operas with 3 added productions for school children. It is this kind of splendid innovation that may return Italy to being a center of opera music, something that the “bel paese” has skipped for two generations. 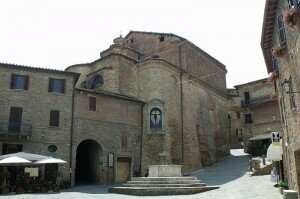 Back to La scala di seta, like many of Rossini’s 39 operas, La scala di seta was composed in a hurry. Historians never agree on the time, was it done in 1 week? 2 weeks? Trust them, they searched the files! So it is they discovered that there were earlier versions of the opera by other composers, including Cimarosa. 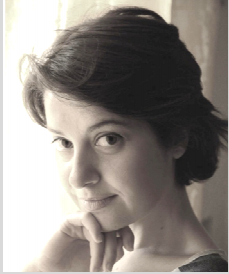 The premiere of La scala di seta was given on 9 May 1812 at the Teatro San Moisè, Venice, where Rossini was in residency and composing feverishly (5 operas in a few years).

The story follows Giulia, who is secretly married to Dorvil, and who is the ward of her elderly guardian Dormont. Dormont wishes her to marry Blansac, a friend of Dorvil. She keeps Blansac at bay by encouraging her cousin Lucilla to fall in love with him. Then follows a typical Rossini comedy where the protagonists chase each other, hide from each other, use the silk ladder to flee at dangerous moments, and return in good time.

All ends well (did Hollywood copy its happy ending from Italian operas?) with Giulia revealing her secret marriage and Blansac declaring his love for Lucilla and his plans for honeymoon. 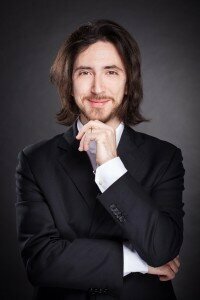 La scala di seta (The Silken Ladder): Overture
Giulia was sung by Francesca Salvatorelli, an attractive Italian soprano (the handsome “free” brochure does not give us the bios of the singer which is a sore mistake). As the curtain rises on the minuscule stage, we discover her shagging in bed (single narrow bed! Please, put a queen size bed for the revival!) with Dorvil the secret husband.

All is acceptable until Dorvil (Federico Buttazzo) gets out of bed in his white greasy underwear and tee shirt. Nothing in his anatomy invites such an ordeal. Giulia is making up for it with full voice singing, well projected, good phrasing, nice colour, and reasonable Rossini Trills.

Dorvil takes a long time to warm up but fills the bill the rest of the evening.

The pleasant surprise was Daniel Bastos (Blansac), a basso but to my ears sounded much more like a well-rounded baritone with a deep rusty voice. His sostenuto was up and down, but he did some solid acting, not overdoing or histrionic as some of the other singers were led to do.

Of the other protagonists, Helena Lackner (Lucilla) was an attractive soprano who gave us a witty rendition of a foxy cousin; Antonio Feltraco (Dormont) and Alberto Zanetti (Germano) did honorable jobs and completed an interesting cast.

The other surprise was the excellent woodwind section of the reduced orchestra that probably had the most beautiful melodies of this evening and which Patrick Murray led with a sure hand.

The few melodic interludes left one hungry for Il barbiere di Siviglia or Cenerentola and the quartet and sextet aptly sang hardly made up for it.

The regia of Primo Antonio Petris who had to struggle with the minuscule stage and economical furnishing was, at times, inventive. But, at other times, possibly overbearing, especially in the case of the servant Germano who, although in good voice, spent too much useless energy and took away too much oxygen on the tiny set.

By the way, the heavy-handed sexual innuendos better fit a Broadway show than maestro Rossini’s intentions, notwithstanding his famous bonhomie.

This show will not go to the Vatican but may go to bigger stages, and may even be bought by a Chinese (HK?) tycoon.

The voices are there. The story is there. It just needs some minor surgery and some polishing.