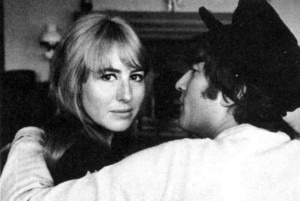 Love is a rather infrequent visitor to the world of sex & drugs & Rock and Roll! Love ballads do constitute an important genre within the repertory of most bands, but reality frequently looks decidedly different. John Lennon, the founder of “The Quarrymen,” a band that eventually evolved into “The Beatles” in 1960 wrote, “I used to be cruel to my woman, and physically—any woman. I was a hitter. I couldn’t express myself and I hit. I fought men and I hit women.” The primary object of Lennon’s abuse during the early “wild days” was Cynthia Powell, a fellow student at the Liverpool College of Art. Cynthia was quiet and reserved and calm from a lower middle-class upbringing, and John was into endless bravado, tight jeans and long, greasy hair! It was a classic example of the attraction of opposites, and nobody thought that the relationship would last.

Cynthia would occasionally accompany John on “Quarrymen” gigs, but when John travelled to Hamburg with the band, he was desperate that she would remain faithful to him. “Dear Cyn,” he writes, “I love love love you and I’m missing you like mad…please wait for me and don’t be sad and work hard and be a clever little Cyn Powell. All my Lover for Ever and ever from John.” The reverse never seemed to apply to John, and it was “love, love, love” whenever and wherever possible. Friends described him as “a jealous, suspicious, unfaithful, bohemian boyfriend.” Cynthia suspected that John was having numerous affairs behind her back, but chose to ignore the warnings. “I simply fell in love with a bad boy, whom I knew to be a bad boy,” she reported later.

Things got rather more complicated when Cynthia became pregnant in July 1962. Wanting to do the right thing, John proposed to Cynthia and the couple married on 23 August 1962 at the Mount Pleasant Register Office in Liverpool. He later confessed that he “would never have married her, if she hadn’t got pregnant.” As an unspoken rule, rock stars were unmarried in those days to protect their image as teen idols. And as Beatlemania started to spread around the globe, Cynthia was asked to keep their marriage a secret. “That was very cruel, and inhuman” Cynthia would later write, “The more successful The Beatles became, the further away from me John seemed to be.” She lived in a tiny flat in Liverpool with their son Julian, while The Beatles became the biggest show in the world!

The Beatles: Getting Better 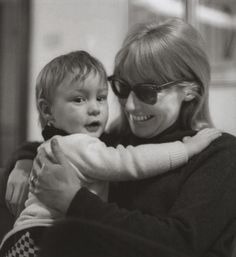 After a year of secrecy and reclusive existence, the truth was eventually discovered. The family found common quarters in Kensington, and later in a grand house in Surrey. However, the relationship had changed. “I wasn’t passive or a dimwit,” Cynthia writes, “it was more a case of being patient, although I became aware that all these women could be dangerous…I thought he was working all the time.” John was touring, filming and recording, and increasingly saw himself as an avant-garde artist with Cynthia being his household servant. As drugs became an important part of John’s life, he completely lost interest in Cynthia, and things came to a head when Lennon openly confessed to sleeping with other women during their marriage. After years of strive and trouble, the marriage finally ended in August 1968 when Yoko Ono discovered she was pregnant. The couple acrimoniously settled out of court, with Lennon agreeing to pay Cynthia 100000 pounds and granting her custody of Julian. John Lennon married Yoko Ono in 1969; Cynthia Lennon remarried three times, and died 1 April 2015 following a battle with cancer.