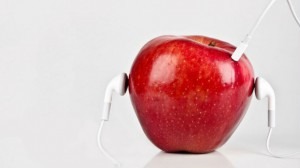 Music has been part of the Jobs-era Apple brand ever since the iconic ‘Silhouette’ iPod adverts that bewitched a generation. Its focus on popular music identified Apple as a company of the young– its products, especially the iPod, became essential accessories for the high-school student, university undergraduate and hip young professional alike. From that moment, through the various iterations of iTunes, iPods and so on, Apple has always included popular music in its work, perhaps reaching a zenith (or nadir, depending on your point of view) with the ‘compulsory’ download of U2’s album Songs of Innocence to iTunes accounts in 2014.

In fact, given that streaming has been around for over a decade, it’s actually a surprise that the perennial market leaders have taken so long to introduce their own version. Apple Music is a new service, built into iTunes, which works as a streaming library à la Spotify, but also interacts with your own interests and listening habits to offer a regular stream of new suggestions. Judging by the promotional video, it’s clearly targeted at a young, creative popular music community – one of its most striking features is ‘Connect’, through which songwriters can share ideas and material across the web. Priced at ¢9.99 a month, it represents a strong new alternative to other, more passive streaming services.

It’s clearly an exciting platform for a popular music audience. But for a classical audience? Well, the initial sign-up process doesn’t fill me with confidence. I’m asked to identify which genres of music I like – for the sake of journalistic rigour I only click ‘Classical’ (unwilling to let my predeliction for 80’s pop skew things too much). Then, I have to select my preferred ‘artists’, from a small but strange selection including André Rieu, Richard Wagner, Jonny Greenwood, Sir Edward Elgar and the Berlin Phil. Immediately, we run into the awkward problem of categorising classical musicians as ‘artists’ – do they want my favourite composers, or my favourite crossover performers? I decide to click on everyone (apart from Rieu and Jenkins, I confess), and on this basis the computer produces (drumroll please) – ‘Classical music for your workout’. Hmm… 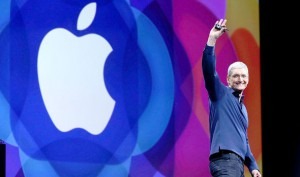 Seriously though, it’s not all bad. Once you’re past the first awkward hurdles, you could easily spend many happy hours browsing the extensive catalogue. There is of course an impressive range of music on offer, including, I’m glad to see, a great deal of contemporary music. An unexpected pleasure, and a clear advantage over other streaming services, is the music videos section (in association with medici.tv) which contains many gems – I’ve just enjoyed a wonderful performance by Samson François of the Ravel Left Hand Piano Concerto, for example. Other appealing features include a better than expected classical radio channel – I’ve just enjoyed a stylish Haydn Piano Concerto from Alexander Tharaud – and a comprehensive new released section, though with the most visible offerings bearing a close resemblance to ‘classical charts’, I’m not sure that listeners with an ear to the ground will come across much unfamiliar here. I’m impressed by the detailed playlists – the current ‘Spotlight on the Baroque’ includes the ‘Best of the Sinfonias from Bach Cantatas’, ‘The Golden Age of the Trio Sonata’ and ‘The Best of the Baroque Vocal Duet’. Someone is clearly doing their homework. But on the other hand, these playlists represent part of the key issue of offering classical music as a series of ‘tracks’ – rather than just the Sinfonias, I’d rather listen to the whole of the Bach cantatas in question, for example!

Apple Music has unquestionable strengths for mainstream and classical music listener. Its interface is brighter, friendlier and more interactive than its competitors, and there’s a visible effort to engage with the classical repertoire in a serious way. There is also, I believe, a healthier financial relationship with the artists involved. Even so, I think I’ll stick to Spotify (and, dare I say it, my own CD collection as well). Maybe it’s a character fault, but I found myself being instinctively resistant to any of the interface’s suggestions. It’s not just a case I hope of an ‘I know what I like’ mentality, but when I sit down to listen, I usually have a clear idea of what I’m going to listen to, and usually which performance as well, and with Apple Music I can’t help feeling that I know more about the subject that the computer in front of me. It’s a great resource for listeners who want to spend time exploring, finding new artists and forging links across genres, but for the classical music listener, Apple Music is really just another streaming library – a slick, colourful one of course – but a library like any other. And I think I’ll stick to my own.