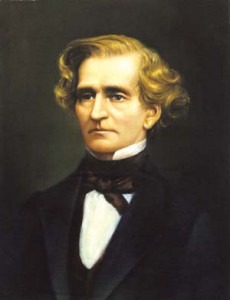 On December 11, 1803, Hector Berlioz (1803-1869), who might be considered one of the fullest embodiments of the Romantic Movement, was born in a small provincial town in the French Alps. In his memoirs, he detailed with great clarity and humor his deep burning passion for poetry, literature, theatre and music. His true aversion to the study of medicine, something his father had wanted to force upon him, elicited the following entry. “Become a doctor! Study anatomy! Dissect! Take part in horrible operations instead of giving myself body and soul to music, sublime art whose grandeur I was beginning to perceive! Forsake the highest heaven for the wretchedest regions of earth, the immortal spirits of poetry and love and their divinely inspired strains for dirty hospital orderlies, dreadful dissection-room attendants, hideous corpses, the screams of patients, the groans and rattling breath of the dying! No, no!”

Medicine was clearly fighting a loosing battle against the overpowering strength of Berlioz’s musical impulse. As soon as he abandoned his medical studies — which immediately elicited deeply entrenched opposition from his parents and the curtailment of his funds — he began to attend the Parisian Conservatoire in 1826 and officially studied composition with Le Sueur, something he had privately done for some time. His chosen path plunged the budding composer into an archetypal struggle, not only for financial survival but also for the acceptance of his artistic ideas, a task to which he would tirelessly devote all his creative and intellectual energy. Although Berlioz expressed with great clarity and abundance in his journalistic and critical writings the nature of his inspirations, his sources, aims and meanings, he was widely misunderstood in his own lifetime. His compositions appear to be at an indispensable point of transition, as his efforts forced absolute music to yield content from within. These efforts are not restricted to his use of programmatic elements alone, but also extend to his expansion of the orchestral apparatus. The composer freed tone color from its subservient function of merely clarifying the melody, rhythm, harmony and counterpoint of a piece, and gave it an aesthetic reason for existing and significance of its own. 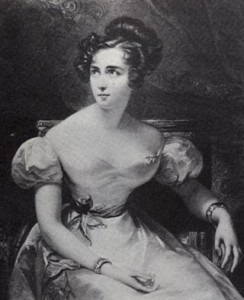 Berlioz constantly exercised his imagination and skill in manipulating all aspects of a musical composition in order to lead them to a broader artistic end — whether rhetorical, dramatic, or musical. In that sense, genre designations seemed to have played a secondary role in Berlioz’s conception. His symphonies evoke the theater and his operas, cantatas and songs pay only nominal tribute to established categories. Although heterogeneous elements are found in almost all his larger works, the composer’s aim seems to have been primarily a display of unity of subject matter and artistic purpose, rather than necessarily one of musical means. Today, his name is primarily associated with a single composition, the Symphonie Fantastique, which in the manner of contemporary French and English literature, is unreservedly autobiographic and self-confessional. It is a symphonic exposé of Berlioz’s unrequited love for the Irish Actress Harriet Smithson, whom he first saw in the role of Ophilia in Shakespeare’s Hamlet during the 1827/28 Season. In his memoirs he writes, “I saw Miss Smithson, whom I married five years afterwards, for the first time. I can only compare the effect produced by her wonderful talent, or rather her dramatic genius, on my heart, with the convulsion produced on my mind by the work of the great poet whom she inspired. It is impossible to say more.” Berlioz’s motivation for composing the Fantastique is apparent, but his relationship to descriptive program music is frequently misunderstood. Although he distributed an extremely detailed program to the audience in the form of a printed leaflet at the premiere, his intention was not, as he writes in his essay “On Imitation in Music,” to tell stories in music, but rather to explore emotions. The most innovative feature, and carrier of this transferred emotion in the “Episode in an Artist’s Life,” as the Symphony Fantastique was originally called, is the cyclical manner in which the “Idee fixe,” the theme associated with the beloved women undergoes a process of transformations in each successive restatement. The “Idee fixe” is introduced after a lengthy slow introduction, and expands through sequential repetition and small chromatic inflections for a total of 40 measures. Berlioz’s idiosyncratic melodic style essentially presents a flexible musical prose, with surprise and contour as its most important elements. His skill as an orchestrator lays not in the novelty of the instruments themselves as much as it is found in his skill of using and combining them. Before Berlioz, the functions of orchestral instruments associated melody and harmony mainly in the string choir, with winds used for occasional reinforcement and soloistic color. For Berlioz, as he comprehensively described in his treatise on orchestration and instrumentation, the invention of a particular tone colors for individual passages was part of the normal process of composition. In the different transformations of the “Idee fixe” we hear most unconventional musical textures. Instead of melody and bass lines with filled-in harmony, Berlioz presents an extremely prominent and lavishly ornamented melody with only the sketchiest bass and inner voices. It becomes evident that harmony and voice leading are secondary elements and that melody and the color of the orchestral sound make almost exclusive claims upon our attention. The Symphony Fantastique is one of the most revolutionary works in the entire history of the genre, as it challenges most fundamental assumptions of traditional symphonic rhetoric and design. Concordantly, we discover a writer, conductor, traveler, lover, cynic and composer of startling originality, whose musical accomplishments and personal life are indispensably intertwined and therefore become a reflection of each other.