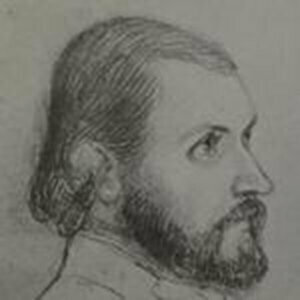 Charles Gounod unabashedly referred to Pauline Viardot as “The godmother of my career.” He first met her around a rather difficult time in his life. His brother Urbain had unexpectedly passed away, leaving behind a two-year-old child and a widow who was two-months pregnant. In addition, Charles was also taking care of his nearly blind mother. Introduced through a friend, Gounod played and sang some of his pieces for her. According to an eyewitness, “Pauline was captivated by the powerful and elegant music, with its striking personality and the unmistakable inspiration of a highly emotional soul. From that moment the great prima donna conceived for Gounod an affection, which is the greatest boon for a man of talent to inspire at the opening of his career in a woman of supreme merit and noble heart.” Gounod became a fixture in her salon, and her role in the composition of his 1851 Sapho was fundamental to the work’s very existence. She urged him to write an opera, arranged for the dramatist Émile Augier to pen the libretto, and advocated for his contract at the Opéra. Since Gounod was virtually unknown on the Parisian musical scene, that contract was issued only because Viardot agreed to perform in the title role. 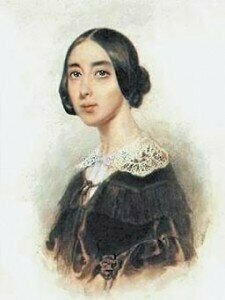 With the legends of the Greek poet Sappho selected as the story line—partly because it provided a suitably serious and impressive title role for Viardot—Gounod and his mother were invited for a prolonged stay at the Viardot summer home “Château de Cortavenel.” Located in the Seine-et-Marne region of France, Louis Viardot had purchased the country house in April of 1844. It was a castle-like building, complete with towers, a moat and a drawbridge. Parts of the house dated back to the 16th century, and Pauline had the attic converted into a small theater. There the family would put on performances. Admission was on potato, which gave the theater its colorful name, “Théâtre des Pommes de Terre.” Viardot also invited the Russian poet Ivan Turgenev, with whom she had an increasingly intimate relationship, to remain in France and join Gounod and his mother. 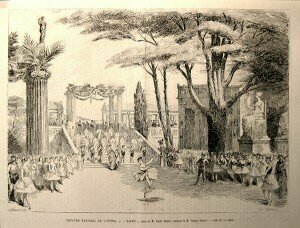 In a letter to Viardot dated 16 May 1850, Turgenev describes Gounod as a composer in some detail. “What Gounod lacks somewhat is a brilliant and popular side. His music is like a temple: it is not open to all. I also believe that from his first appearance he will have enthusiastic admirers and great prestige as a musician with the general public; but fickle popularity, of the sort that stirs and leaps like a Bacchante, will never throw its arms around his neck. I even think that he will always hold it in disdain. His melancholy, so original in its simplicity and to which in the end one becomes so attached, does not have striking features that leave a mark upon the listener; he does not prick or arouse the listener—he does not titillate him.” Pauline was on tour in Germany, and she corresponded frequently with Gounod. On his part, Gounod wrote Pauline nearly every day, often multiple times per day. His letters were emotionally intense, detailed and to some extent confessional, giving rise to the suggestion that their relationship had not been purely professional. However, given the frequency of the correspondence and the musical details discussed, Gounod and Viardot successfully pooled their respective musical expertise to create a single creative force.

Pauline returned to France in early September 1850, and Gounod had nearly completed the musical score. She was satisfied, but insisted on a number of changes and alterations. Augier was called in to write additions and make changes to the poem, and in the end the opera had expanded to three acts and would occupy an entire evening. Once rehearsals got under way in February 1851 government censors required further changes. Eventually, the premiere took place on 16 April 1851 and Hector Berlioz wrote, “I confess, it touches me to the heart, exalts the mind, excites and disturbs and enchants me more than I can say.” Unfortunately, Sapho failed to find favor with Parisian audiences, and although Viardot’s prestige carried the work to the Covent Garden in London in the very same year, it remained a box office failure. Critics praised Viardot, but Gounod blamed her for the failure. A year later, they broke off all contact and George Sand wrote, “His behavior reeked of selfishness and vanity and calculation.”