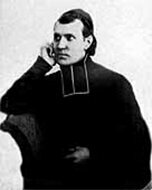 The historiography of music primarily remembers Charles Gounod as the composer of Faust, Mireille and Roméo et Juliette. However, in his 12 total works for the operatic stage Gounod engages with the entire range of operatic types available in the French lyric theatre. This includes set pieces typical of opéra comique and grand operas containing ballets, large ensemble pieces, and processions set against historical backdrops. It is worth remembering, however, that the subtleties of Gounod’s musical and vocal style most prominently emerge in over 100 French secular songs, to which he added 30 in English and Italian for the British market. Already during his stay in Rome, Gounod “composed some of the most striking mélodies of his entire career.” Raising the artistic aims of the contemporary French romance to the level of the lied, Gounod skillfully employs a highly developed chromaticism together with great vocal lyricism for expressive effect.

Armed with a letter of introduction from Fanny Hensel-Mendelssohn, Charles Gounod visited Felix Mendelssohn in Leipzig in May 1843. Overawed, Gounod described a private performance in St. Thomas Church in his biography. 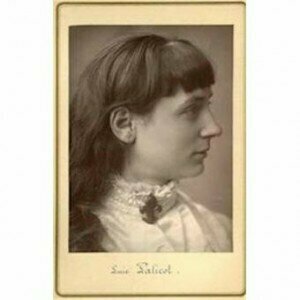 “Mendelssohn went up into the gallery and began to improvise on a Bach Chorale… He wanted me to become acquainted with some of the numerous and admirable works composed by the mighty Sebastian Bach, and for two long hours and more he revealed an unknown world of beauty to my wondering ears.” In addition, Mendelssohn offered the young composer a private performance of his own Scottish Symphony at the Gewandhaus, and encouraged him to write symphonic music. Undoubtedly, the music of Mendelssohn left a deep impression, and Gounod would emulate his style in a number of works, among them 2 symphonies written in 1855. 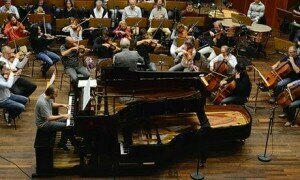 It may come as a surprise to contemporary listeners, but Charles Gounod wrote 21 masses, three oratorios and a great many cantatas, motets and smaller scale religious pieces. Deeply attracted to Catholicism and religious life, Gounod was seized by pious fervor during his stay in the Eternal City of Rome. Under the influence of Father Lacordaire, who lobbied for the restoration of the order of the Dominicans, Gounod plunged himself into the study of the old polyphonic masters. Back in Paris in May 1843, Gounod accepted the position of musical director at Missions Étrangères, and for the better part of five years exclusively wrote religious music. By 1846, Gounod was seriously thinking of entering the priesthood, and he started a two-year course at the seminary of Saint-Sulpice. In fact, from October 1847 until February 1848 he donned the ecclesiastical frock and signed his letters “l’Abbé Gounod.” However, religious ecstasies—so beautifully expressed in his theatrical and mystic musical language—only satisfied one part of his personality, and eventually he could not resist the voluptuous seductions of the operatic stage.

Towards the end of his long and industrious life, Gounod wrote four works for piano and orchestra. This statement needs a bit of a qualifier, however, as these pieces were actually written for pedal piano and orchestra! That unusual instrument originally allowed organists to practice at home, yet as it became fashionable during the middle of the 19th century, it attracted a number of composers, among them Alkan, Schumann and Saint-Saëns. As the case may be, Gounod’s attraction might rather have been with the young French pedal piano virtuoso Lucie Palicot. A contemporary reviewer wrote, “I remember what a strange impression was produced by the sight of this graceful and dainty person perched on a huge case containing the lower strings of the pedal-board beneath a grand piano; what surprised us above all, pleasantly enough to be sure, was to see Mme Palicot wearing a short knee-length skirt, and her pretty legs darting most adroitly to reach the different pedals of the keyboard she had at her feet.”