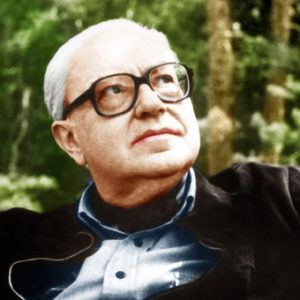 Everyone has their favourite pieces of music, and usually, their choices cross genres. We all have our hidden gems that we think no one else knows; I’m no different in this case. While classical music plays the strongest part in my life, there are way too many other genres that are as equally as good to not include them. Here are my 10 all-time favourite music pieces.

10. 2020 is the 250th anniversary of the birthday of what most classical music lovers think is the greatest composer ever, and that’s Ludwig van Beethoven. When I began to learn the piano, Beethoven’s Moonlight Sonata was the first piece I rushed to practice. Even though it was way beyond my skill level and at the time my teacher forbid me to play it, I did. I’m not sure there is another piece for piano that has such a profound effect on the majority of people in the world. However, here is a version for Harp by the Swiss musician Olga Kocab.

9. Some composers come into this world and leave their indelible mark with just one piece. Think of Carl Orff and his Carmina Burana. The Toccata Concertata from the Piano Concerto No. 1 by Argentinian composer Alberto Ginastera has left his mark with this astounding work. As a composer, I wouldn’t know where to begin to create a piece like this; it has everything. Emerson Lake and Palmer recreated this Toccata on their astonishing 1973 album Brain Salad Surgery.

8. Last Rendez-Vous (Ron’s Piece) by the French composer and musician Jean Michel Jarre stops me in my tracks every time I hear it, and I’ve heard it hundreds of times. It was composed for Ron McNair; he was an astronaut on board the space shuttle Challenger. It was to be the first piece of music ever played and recorded in space. On January 28, 1986, Challenger blew up killing everyone on board. 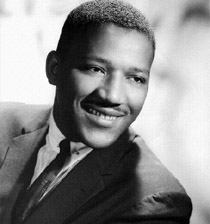 7. I came across the Canadian singer Jaclyn Guillou a few years back, and after hearing her singing the song This Bitter Earth, I called it the best version ever of this deeply sad and inspiring piece of music. The song composed by Clyde Otis was made famous in the 1960s by rhythm and blues singer Dinah Washington. This song sits firmly in my heart of great music.

6. One of the most underrated composers is Miklos Rozsa. While he is famous for so much of the music from the Golden Age of Hollywood, like his soundtrack for the Hitchcock movie Spellbound, his orchestral works are of equal value, because they are similar. His score for perhaps the most famous film noir movie ever, Double Indemnity is a lesson in darkness and sinister sounds. 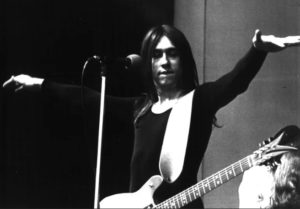 5. Alternative popular music is a favourite genre of mine; think fusion and electronica. There’s also progressive rock, and that’s what the band Pavlov’s Dog do so well. Their most famous and deeply moving song Julia is a mainstay in my music listening repertoire. I was totally blown away when I found out that the lead singer is a man named David Surkamp. We’ve all heard of countertenors and castrati, but I’m not sure what range Surkamp’s voice fits into, but it shakes my very core.

4. Music for guitar and trumpet is one of my favourite mediums. The two complement each other perfectly. And, the Italian trumpeter Enrico Rava who is now 80 and still playing, has that something special. You might call his music jazz, but it feels spiritual to me. The composition titled Estate by Italian composer Bruno Martino is performed here with the Brazilian guitarist Irio de Paula. It shows just how sensitive Rava’s playing is.

3. Hans Otte (1926-2007) was a German composer who created music that could be described as minimalist. For me, his music contains a small world of mesmerising emotions. His The Book of Sounds, especially Part 2 from that album, this is something that has been with me since I first heard it in the early 1980s. 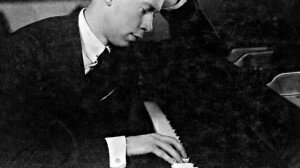 2. Movie music was always going to play a strong part in my top ten. The evocative music of Bernard Herrmann is fundamental to the movies of Alfred Hitchcock. But, Jane Eyre which was directed by Robert Stevenson stands alone for its gothic adaptation of Charlotte Brontë’s 1847 novel of the same name. This is Herrmann at his best.

1. My number one just had to contain the human voice, and, it just had to be Prokofiev, my favourite composer. Alexander Nevsky is a Cantata, it is film music; it is monumental. As much as I love it, I have never had the opportunity to hear it live, it’s on my bucket list. But, what could be better than hearing it performed as it is played here by the Saint Petersburg Philharmonic Orchestra with the Choir of the National Academy of Santa Cecilia in Italy. This is a heart-stopping performance.