‘Breathe And Be In the Moment’ 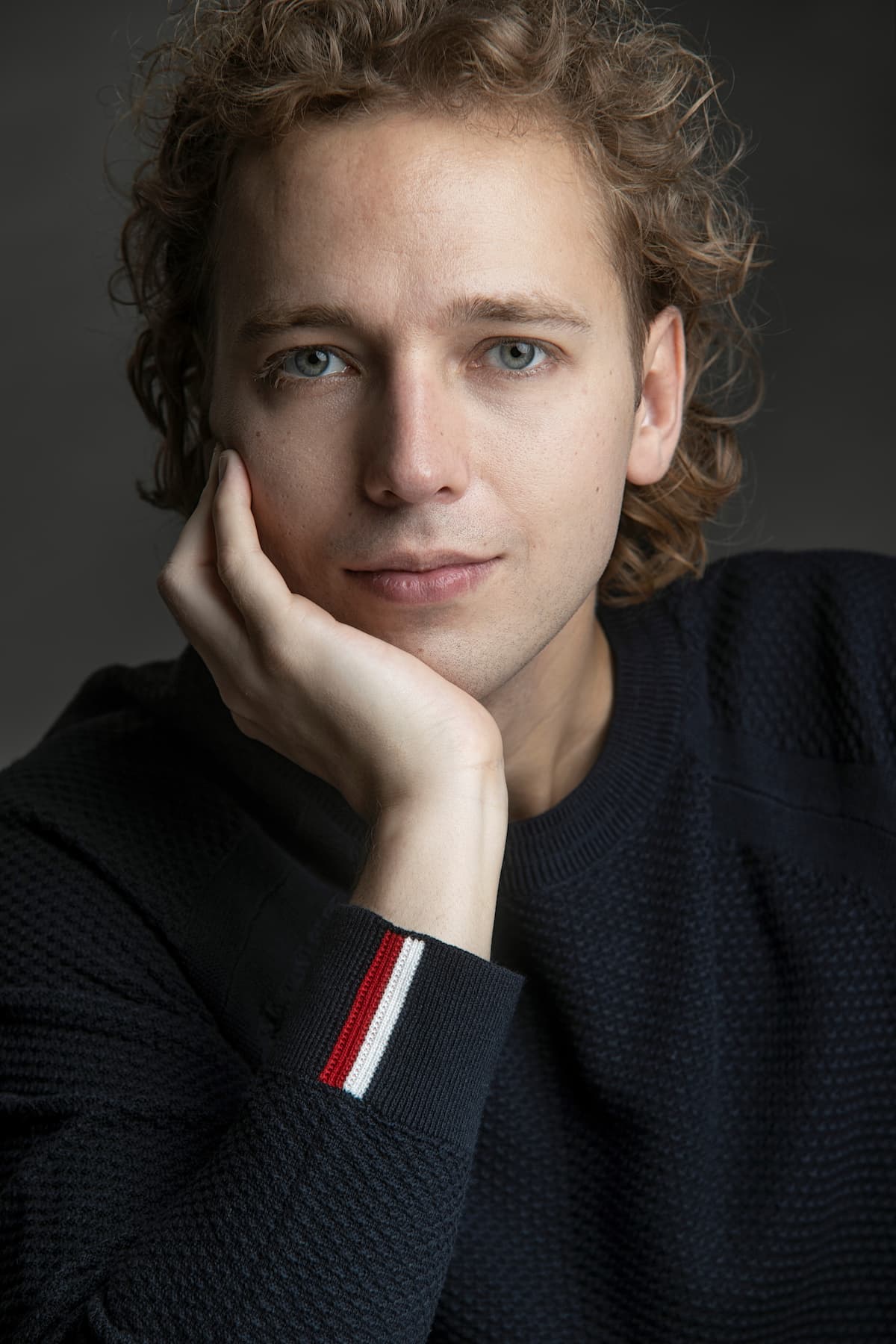 Young Dutch Baritone Raoul Steffani is preparing for his debut at Dutch National Opera, singing in Operetta Land by Steef de Jong, and has recently given performances including a tour with the Orchestra of the Age of Enlightenment, and recital and concert appearances at the Oxford Lieder Festival, Amsterdam Concertgebouw, and Hamburg Elbphilharmonie.

He has been a member of Equilibrium, Barbara Hannigan’s young artist programme, since 2021, and Sehnsucht, a recent performance with Hannigan – given to an empty De Doelen concert hall in Rotterdam in the middle of the pandemic – was released as an album last month. His previous album, Love’s Spring, was released in November 2021 and features Raoul along with mezzo-soprano Magdalena Kožená and pianist Gerold Huber in a programme of Robert and Clara Schumann which explores their early love through their poems and songs.

Sometimes you have people listening to Maria Callas and thinking ‘I want to do that’. I didn’t have anything like that, I just wanted to sing. Every child does little plays or little [things], and at some age, they stop, because it’s not cool anymore or they have different interests. But for some reason, I never stopped singing and making music. 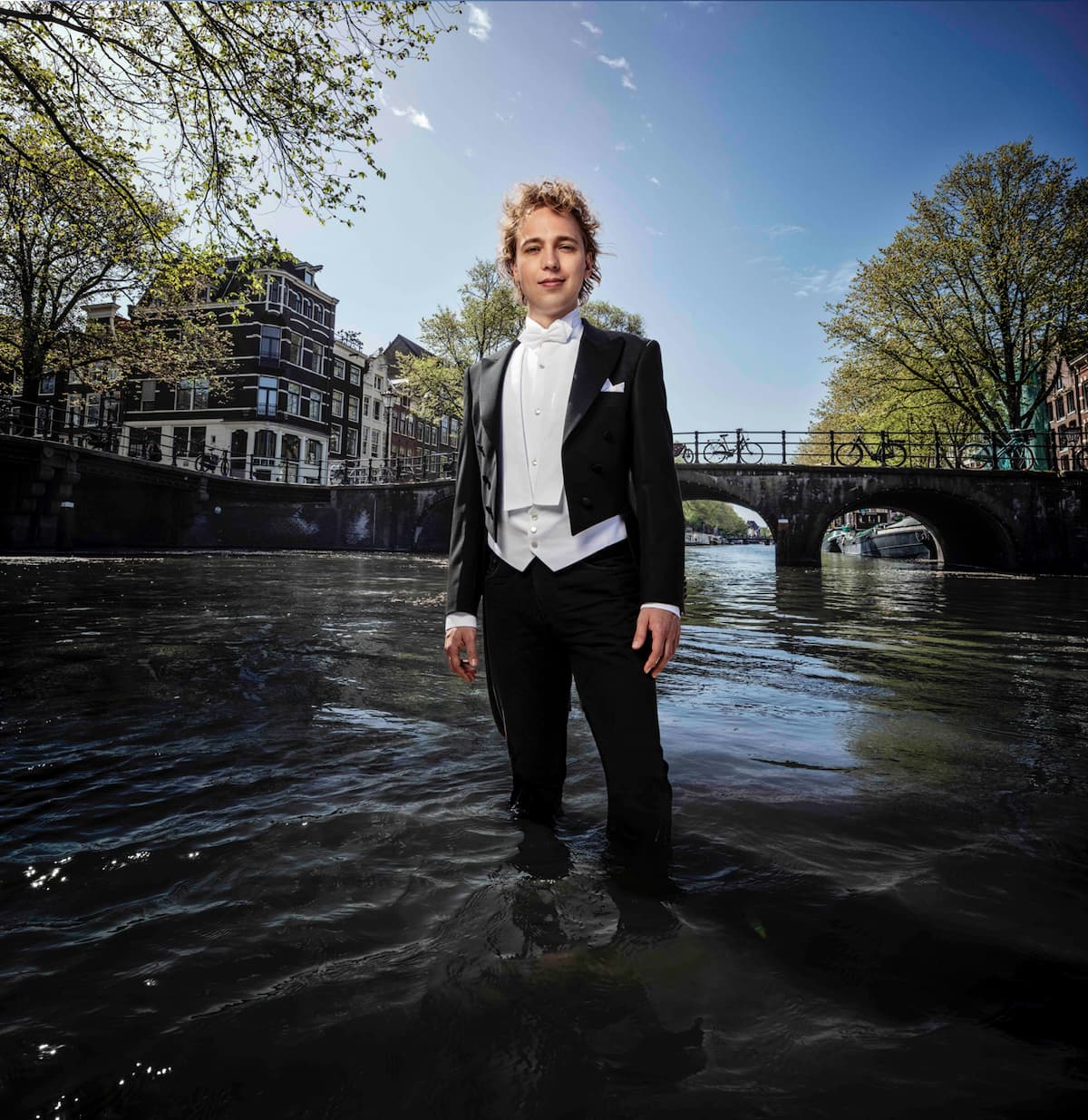 Was your family musical?

I listened to music a lot, especially with my grandfather, but no, not in a classical or professional way. I had to find it for myself, I had to explore it and conquer it, in a way. And now I really know this is what I want. 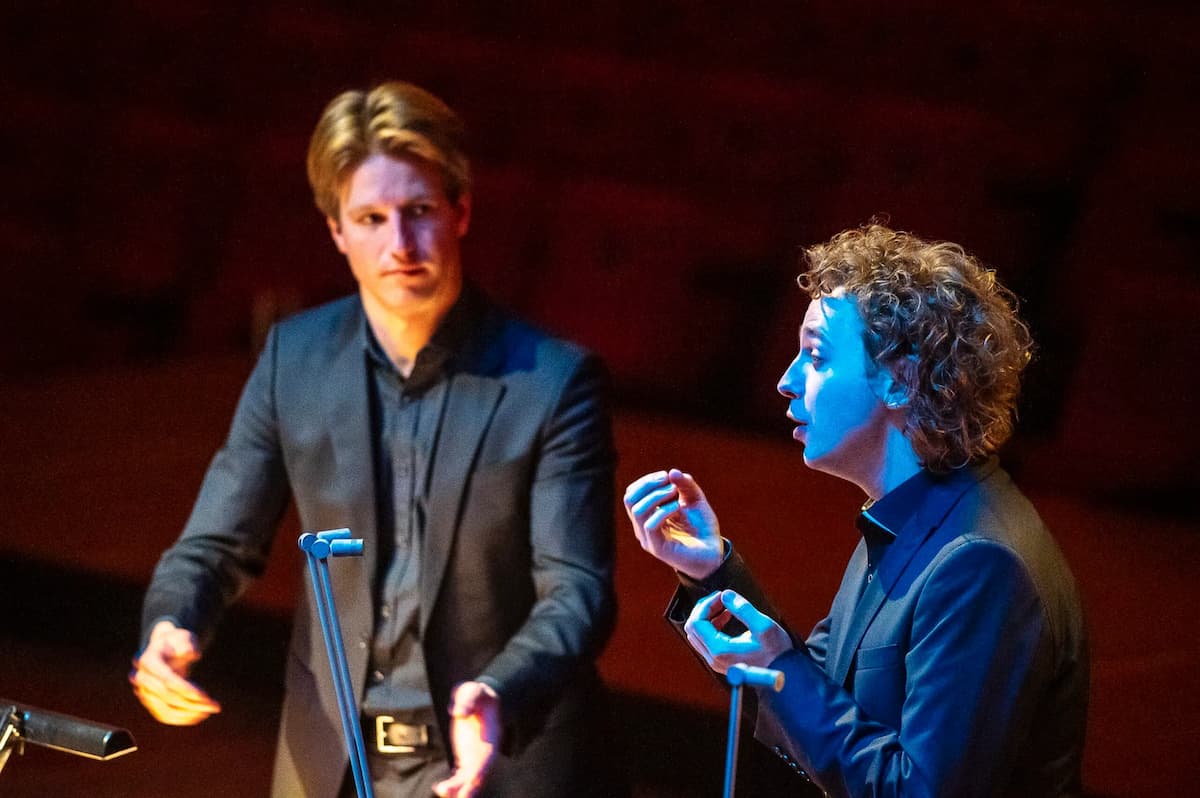 How was it working with Barbara Hannigan and recording Sehnsucht?

I auditioned for [Barbara’s studio] in February 2020, and then covid happened. There were no plans, and then during covid the De Doelen concert hall in Rotterdam invited Barbara for a live-streamed concert, with the Camerata RCO (members of the Concertgebouw Orchestra).

Barbara likes to invite younger singers to give them opportunities to present themselves, and […] I was really honoured and excited to join her and to spend these days with her, learning from her up close how she handles things because she’s such a versatile musician. It was really a great and dear experience. I learned a lot from her.

How do you feel making your debut at Dutch National Opera?

It’s an interesting production. The music is all known – it’s written by Johann Strauss, Offenbach, and Arthur Sullivan – so they collected pieces from other operettas but they wrote a new story about it and translated it into Dutch, so it’s a bit of a pastiche in a way. But I think it’ll be really nice, because our director, Steef de Jong, builds his own sets out of paper and cardboard boxes, and [the Dutch Opera] is a huge stage, so I’m really looking forward to seeing his creations. 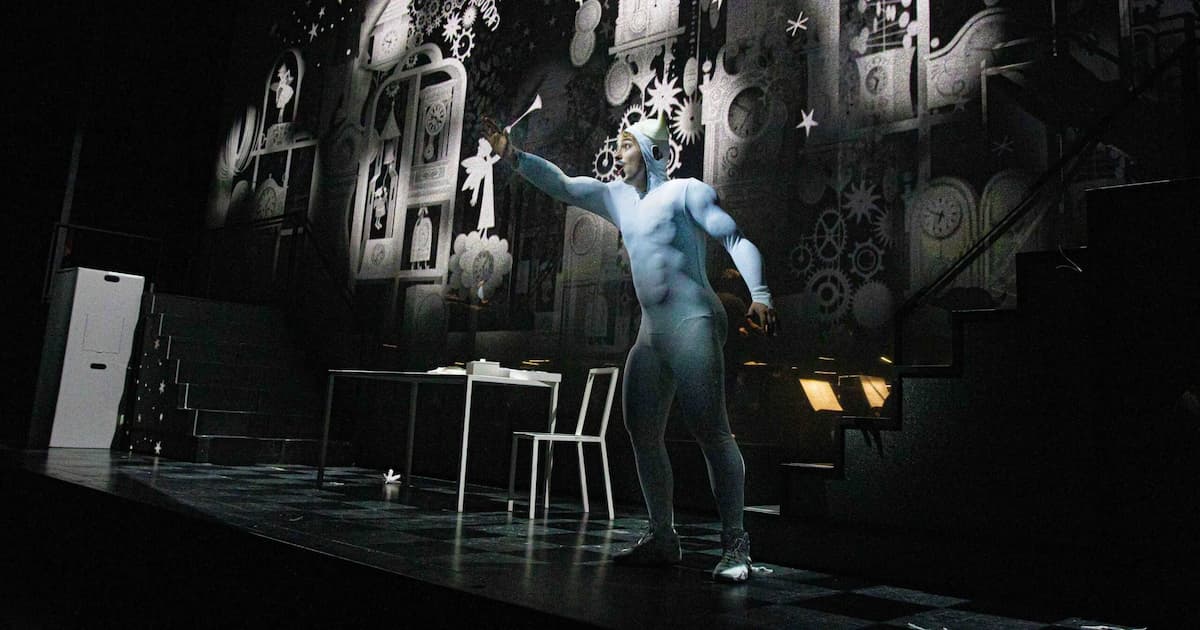 Have you always loved opera?

Yes, definitely. But the funny thing is that the first, let’s say, eight years of my career have been marked mostly with songs and concerts, and I think that’s a very good and healthy start. I was in the studio at the Opéra National de Lyon in 2020 and since then I’ve been doing more and more opera. But I really love to combine [opera and song] – also for the voice, it’s very healthy to do both things, to keep the intimate part and also big gestures, to combine it in your instrument. That’s my challenge, my goal, to keep both.

As you start to move more into opera, are there any roles that you would love to do one day?

I don’t really talk about dream roles a lot because people constantly keep reminding you of them and it can become a thing that will probably never happen anyway. But one role I’d really love to sing, which might never happen, is Mandryka in Arabella by Richard Strauss. That’s for me a great role which demands the very top notes but also the middle and the lower part of the voice. It demands a dramatic tone, but also melancholy and sweet tones, so that’s one role, if I’m allowed to dream long-term, that I’d say I’d love to sing.

There is too much music to sing in one singing career, too much music I want to sing. You also find new things, especially in the song repertoire – it’s endless. (So is the opera repertoire, but you can’t really decide that on your own.) If Mandryka never happens I’ll still be a very happy singer. 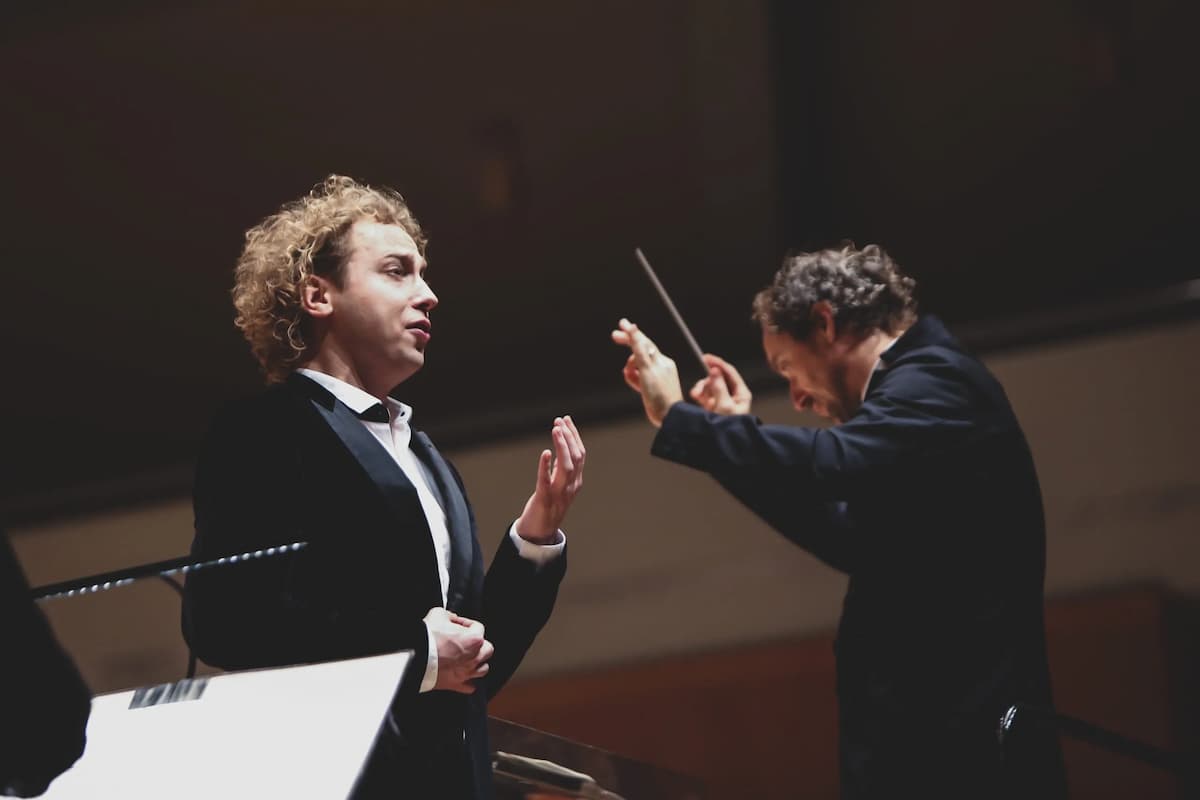 It’s true, that a career can go in so many different directions depending on the possibilities and opportunities that arise.

And the possibilities your voice gives you. That’s the most important thing that sometimes gets a bit forgotten in the whole story, but that’s also a reason why you never really know how your career will evolve because your voice, it keeps changing, it keeps developing (hopefully!), and so you have to follow your voice.

It’s the great difference to an instrument, which is there and you have to master. You might never have that high note, or you might never have the breath to sing [a role] until you try, but my feeling also is that I prefer to sing things a year late than one day early, because you really need to be above the material, to have the space and the air to breathe and to be in the moment.