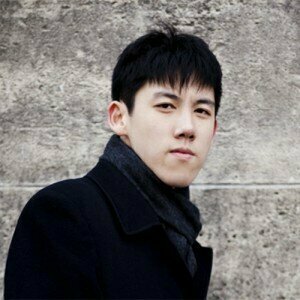 Chinese pianist Haochen Zhang performs Rachmaninov’s First Piano Concerto on 18 and 19 January with the Hong Kong Philharmonic. Between concerts in the USA and China he takes a moment to talk about his travels, his career, competitions, and his identity.

Something that keeps Haochen sane on the road is reading, his appetite for reading sustains him on his long flights between Philadelphia and Shanghai, the two places where he spends most of his time. Often, he will focus on one genre at a time and become completely absorbed.

‘I read all kinds of books, literature, poetry, philosophy… ’ he says. ‘My favourite depends on the period of time. I will spend all my time reading only poetry, or only Japanese literature. I’m a pretty obsessive character, I guess.’

Reading not only passes the time; it also gives Haochen something to put back into his performances.

‘I think more and more you realise that something comes from outside the music. Of course, practising is the most crucial factor in improving your musicianship, but past a certain point you have to absorb from extramusical things.

‘To have more oxygen in your music you have to breathe more and enjoy life. It’s good to have a very disciplined practice calendar, but it’s more about the quality and inspiration you get, rather than the hours.’

Haochen rose to fame after winning the Van Cliburn competition in 2009. Since then he has performed all over the world with orchestras including the London Symphony and London Philharmonic, Sydney Symphony, LA Philharmonic, Munich Philharmonic and the WDR Symphony. When speaking of competitions, and of the immense pressure it puts on young performers, Haochen mentions that ‘It’s a common thing for young pianists nowadays. It’s a learning experience, not just a way to get exposure. I think the experience itself is very intense, almost unmusical, because music shouldn’t be judged by a single standard.

‘I think it’s a paradox that from another perspective it is a way to fight against the competitiveness. I think people who fail competitions are actually failing themselves. They are timid, they have a lot of complicated thoughts in their minds – it’s about winning yourself, not winning the competitions.

Nowadays Haochen splits his time between Shanghai and Philadelphia, with a lot of travelling in between. Having relocated to the other side of the world aged 15 to study at Philadelphia’s renowned Curtis Institute, Haochen has given a lot of thought to what it means to be a truly global musician.

‘I would still say I’m Chinese in my core. I think in terms of a lot of concepts I’m definitely westernised – of course I’ve been learning about Western art and that’s where my career is, and to a certain extent it’s impossible not to be westernised – but I think in the core there is something aesthetically that I would still attribute to Chinese culture.

‘You are born with your own culture and you should be able to maintain that. For me it’s a benefit, coming from an Eastern culture and then living and studying in the west, you have both perspectives, especially useful that these perspectives are so opposite.

‘Now I pretty much want to become an internationalised person, not particularly Chinese or Eastern, American or Western. That’s what musicians should aspire to become. You travel all around the world and you experience the different cultures, and although music was born as a regional art, in the end what we all aspire to as musicians is that something like music is universal. To become a worldly person, not confined to a specific region or gender or culture, I think it’s what we all want to be, to grow and to broaden ourselves and our visions.’

Details of Haochen’s concerts in Hong Kong can be found here.