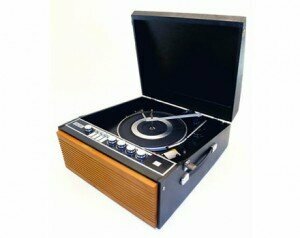 The pleasures and rituals of home listening

There is nothing quite like the excitement and atmosphere of hearing music performed live in a concert hall, but immense pleasure can be gained from listening at home, in the privacy of one’s living room or other personal space.

Once upon a time, the only media for home listening were the radio or the record player. As a child growing up in the 1960s and 70s, long before the advent of CDs, my parents (and by default myself) listened to classical music on the radio and on vinyl LPs. My parents enjoyed music and took me to concerts from a young age, but the majority of listening was done at home and putting an LP on the record player was a deliberate act to encourage engaged and concentrated listening. In some ways, home listening mirrored the etiquette of the concert hall. We would listen quietly and respectfully, and often whole works – symphonies by Beethoven and Schubert, Divertimenti by Mozart, lieder and piano music. When my father upgraded his old mono record player to a rather sleek Bang & Olufsen stereo system, I took the record player up to my bedroom and it became “mine”. Here, listening alone, I could explore the fantastically varied emotional realm of music, from the drama of the opening of Schubert’s Unfinished Symphony which briefly gives way to a lyrical melody, to Tchaikovsky’s soaringly romantic first Piano Concerto. Left alone, I could sing along, if I chose to, or, more often than not, conduct an imaginary orchestra. In this way, I explored and enjoyed a wide range of music, which put me in good stead when I came to study music formally.

Schubert: Symphony No. 8 in B Minor, D. 759, “Unfinished” – I. Allegro moderato
In addition to the music itself, there was the parallel pleasure of preparing a vinyl LP for the player. LPs had to be treated with care, slid reverentially from their cardboard cover and the paper envelope which protected the precious grooved surface (where the music resided). Before placing the disc on the player, one had to clean it with a special cloth to remove fine particles which could clog the stylus and create intrusive crackles or muffle sound as the disc was playing. Then the disc was carefully placed on the turntable and, in the case of my old mono record player, the stylus had to be manually lifted into position over the outermost groove of the LP. I am sure this special process contributed to one’s listening regime. It certainly wasn’t the same when I upgraded to a radio cassette player…

Tchaikovsky: Piano Concerto No. 1 in B-Flat Minor, Op. 23 – I. Allegro non troppo e molto maestoso – Allegro con spirito
Today we’re spoilt for choice when it comes to the medium by which we enjoy our home listening. The recorded back catalogue available to the home listener is bigger and more varied than ever before, and is continually being updated; we have better quality sound that at any previous time which gives us a much better listening experience; and the cost of discovering classical music is much less – and even free – now.

Today, there’s home listening 24/7, should we desire it. I’ve got a stack of CDs to choose from, but more often than not I now listen via a music streaming service through a high-quality Bluetooth speaker system. The same Bluetooth system also connects with other music services such as YouTube (where many high-quality recordings and performances can now be found), Medici TV or the Berliner Philharmoniker’s Digital Concert Hall (live concert streaming).

These platforms have undoubtedly changed the way we listen at home, making our listening experience incredibly diverse. Streaming services like Spotify and IDAGIO allow users to create personalised playlists or listen to specially-curated playlists. Thus, we may not necessarily be listening to music by the same composer, but rather a mix, giving us the opportunity to explore and listen more widely. In addition, algorithm-generated playlists, based on one’s regular listening habits rather than by genre, offer spontaneity and unexpected surprises.

But despite all this up-to-the-minute technology, I often find my bed-side radio provides the most intimate and intense listening, and it is often through this concentrated listening experience that I discover new repertoire. Perhaps it is the organization of playlists on, say, BBC Radio Three’s Breakfast programme where early Renaissance choral music is side by side with an Etude by Philip Glass – the old shining a light on the new, and vice versa. A live concert broadcast can create a special kind of intimacy: right up close to the device, you feel the announcer is talking exclusively to you, and with the technology available today, a broadcast concert often offers a higher quality audio experience at home.

It’s where I experience the most intimate connection…..listening to a concert through the smallest of speakers – the stereo kitchen radio.
– Jon Jacob/Thoroughly Good

There are, of course, more prosaic reasons for enjoying home listening. It’s entirely on your own terms: you’re not obliged to remain seated for the entire experience, you can take food and drink into your own private concert hall, and if you’re not enjoying it, you can simply switch it off!