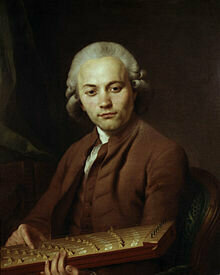 On 17 January 1778, Mozart wrote to his father “Now for another subject. Last Wednesday there was a great feast to which I was also invited. There were fifteen guests, and the young lady of the house was to play in the evening the concerto I had taught her at eleven o’clock in the forenoon…”

Wolfgang Amadeus Mozart and his mother were on their way to Paris in 1777 and took up temporary residence in the city of Mannheim. In fact, they would stay for the better part of five months! Mannheim was one of the most important intellectual centers in Europe, and the Prince Elector Karl Theodor spared neither effort nor expense to surround himself with some of Europe’s most illustrious composers and performers. Wolfie quickly became friendly with the Konzertmeister Christian Cannabich, the Kapellmeister Ignaz Holzbauer and the flautist Johann Baptist Wendling. He also tried to secure permanent employment, however, he was once again disappointed. Leopold Mozart insisted to be kept in the loop, and Wolfie wrote a great many letters to his father during his Mannheim stay, and his 17 January letter continues: 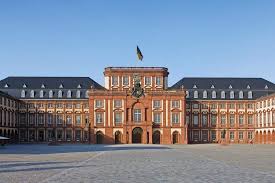 “After dinner, Herr Vogler sent for two pianos of his, which were tuned alike, and also his wearisome engraved sonatas. I had to play them, while he accompanied me on the other piano. At his urgent request I sent for my sonatas also. Before dinner he had scrambled through my sonata at sight. He took the first part prestissimo—the Andante allegro—and the Rondo more prestissimo still. He played great part of the bass very differently from the way in which it is written, inventing at times quite another harmony and melody. It is impossible to do otherwise in playing at such a pace, for the eyes cannot see the notes, nor the hands get hold of them. What merit is there in this? The listeners can only say that they have SEEN music and piano playing. All this makes them hear, and think, and feel as little—as he does… But is this genuine music? In rapid playing the right and left hands may be changed, and no one either see or hear it; but is this good? His fingering also is miserable, and all the runs downwards with the right hand he makes with the first finger and thumb!” The sonata butchered by Herr Vogler on that day, was the newly composed K. 311.