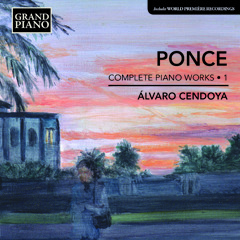 Manuel María Ponce was the author of a substantial and significant body of work and, as one of Mexico’s most prolific and well-known composers, is still held in great esteem today. His catalogue takes in virtually all genres and forms of music. One fundamental characteristic of his work is the use he made throughout his career of different styles, reflecting his range of knowledge and mastery of different compositional techniques. Broadly speaking, his music ranges from the post-Romanticism of the previous generation of composers to a modernism which made sporadic appearances in his early works but really began to establish itself in the music he wrote during his time in Paris (1925-33) and thereafter.