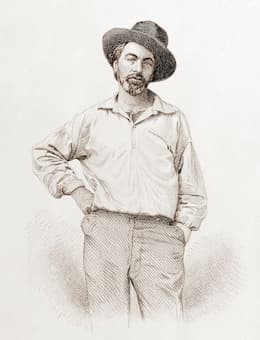 Walt Whitman, age 35, from the frontispiece to
Leaves of Grass

The American visionary poet Walt Whitman (1819-1892) was one of the transitional writers between transcendentalism and realism and his works reflect both points of view. He is considered the ‘father of free verse’ and his non-sectarian poems and his views on sexuality and sensuality made him controversial in his own time. His poetry collection Leaves of Grass was first published in 1885 and in each succeeding edition over the next 40 years the book grew from being a small book of 12 poems to a substantial volume of over 400 poems.

The poems inspired composers around the world, and it is believed that he is one of the three top poets whose works were set to music. He’s joined by Emily Dickinson and Henry Wadsworth Longfellow in that triumvirate. 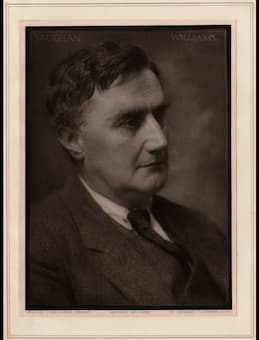 In 1904 or 1905, when Ralph Vaughn Williams (1872-1958) and his friend Gustav Holst (1874-1934) were feeling compositionally blocked, they decided to each set the same text from Leaves of Grass, and then select a winner. The section in Leaves of Grass entitled ‘Whispers of Heavenly Death’ gave them the text for the poem ‘Darest thou now, O Soul’.

Vaughan’s original setting for voice and piano is quite hymnlike. It takes the principal idea of ‘walk out with me’ and sets a walking tempo for the music. When the text says, ‘when the ties loosen,’ the setting becomes freer until ending in a satisfying cadence on ‘O Soul.’


Holst’s setting is much more operatic than Vaughan Williams’ and the inclusion and exclusion of the piano as accompaniment makes the setting more dramatic. The impassioned ‘O Soul’ at the end brings Whitman’s point home. 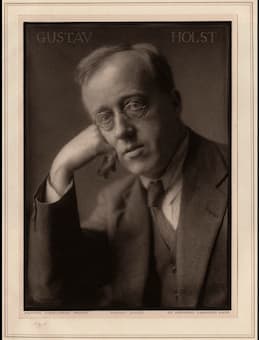 Vaughan Williams was declared the winner in the contest. Holst’s work was never published; Vaughan Williams’ was published in 1925, many year after the composition competition.

Vaughan Williams went on to revisit the text again a year or so later in a setting for chorus and orchestra. He’s able to take advantage of the larger forces to create a work of greater subtlety and power.