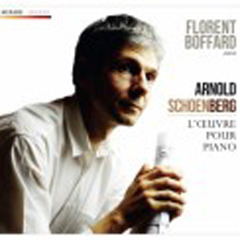 The composer of the celebrated Pierrot lunaire, Arnold Schoenberg (1874-1951) wrote five sets of piano pieces which correspond to the essential phases of his development, from a tonal idiom to atonality, then to the twelve-note series, while conserving a remarkable stylistic unity that has influenced most of the composers of the 20th century.