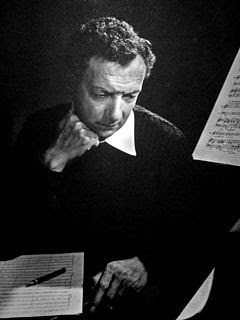 Besides studying and emulating the works of 20th century composers, Benjamin Britten became increasingly fascinated by English music of the late 17th and early 18th centuries, most notably the music of Henry Purcell. He wrote, “One of my chief aims is to try to restore to the musical setting of the English Language a brilliance, freedom and vitality that have been curiously rare since the death of Purcell.” In 1945, England celebrated the 250th Anniversary of Purcell’s death, and Britten, who had previously employed Purcell techniques in his festival cantata Rejoice in the Lamb — set to work on The Holy Sonnets of John Donne. This cycle of nine songs after Divine Meditations by the English poet John Donne first published in 1633 was specifically composed for Peter Pears. Renowned for its expressive and angular vocal lines, it was written in the spirit of Purcell’s Divine Hymns and first performed at the 1945 Purcell commemorative concert at Wigmore Hall.

Although The Young Person’s Guide to the Orchestra, composed in 1946 became Britten’s most popular work — it is based on a hornpipe from Purcell’s Abdelazar — it was Purcell’s dramatic genius that became of primary significance for Britten. Purcell was uniquely able to capture moods through extraordinary harmonic progressions and melodic shapes. His sense and understanding of language, and his musical devices to emphasis deeper meanings of the text was capable of exploring the extremities of the emotional range. Purcell used William Shakespeare’s wedding comedy A Midsummer Night’s Dream as the basis for his semi-opera The Fairy Queen. First performed in 1692, the score was lost and only rediscovered in the twentieth century. Britten would eventually prepare a performance edition of the work in 1967. 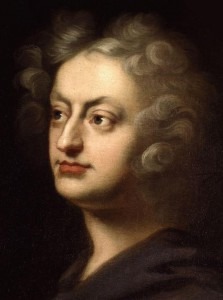 For the opening of the Aldeburgh Festival in June 1960, Benjamin Britten also scored an opera based on Shakespeare’s A Midsummer Night’s Dream. “It was such a sudden decision” reports Britten, “that there was no time to get a libretto written, so we took one that was ready to hand. I have always loved A Midsummer Night’s Dream.” Together with Peter Pears, they worked the libretto into a simplified version of an extremely complex story. For Britten, Shakespeare’s nightly forest becomes the place of a psychological nightmare. Concordantly, the music has a strong sense of disorder, but nevertheless relies, in keeping with Purcell, on subtle atmospheric harmonies and tone painting. In fact, the aria “I know a bank” is clearly inspired by Purcell’s aria “Sweeter than Roses”. 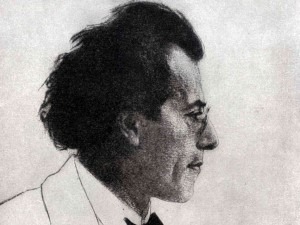 If Purcell provided initial guidance as to correct and imaginative declamation, it was the music of Gustav Mahler that had a deep emotional impact on Britten. He first heard Mahler’s Fourth Symphony in 1930, which he found “entirely clean and transparent, the material remarkable, the melodic shapes highly original, with such rhythmic and harmonic tension from beginning to end.” Britten quickly discovered Das Lied von der Erde, and wrote to a friend about the concluding “Abschied,” “It is cruel, you know, that music should be so beautiful.”

Mahler’s Lied von der Erde was not only Britten’s favorite composition; Dimitri Schostakovich, who became a significant influence and close personal friend of Britten, also placed it on a pedestal. I tell you more about their relationship in our next episode.

Ps. On a personal note: By including “Abschied” I am also saying goodbye to a very dear friend who recently passed away.