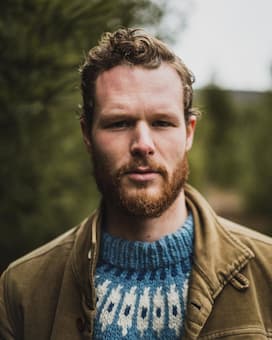 I talk to French-Canadian bass-baritone Philippe Sly just before his final appearance as Leporello in a run of Don Giovanni at the Wiener Staatsoper. Hailing from Ottawa, Philippe won first prize at the renowned Concours Musical International de Montréal, and also was a grand prize winner at the Metropolitan Opera National Council Auditions. He has performed across Canada, the US, and Europe in operas including La damnation de Faust (Méphistophélès), Così fan tutte (Guglielmo) and Le nozze di Figaro (Figaro). Philippe also is a keen recitalist, having collaborated with pianist Julius Drake, and he regularly performs guitar/voice duo recitals of Schubert with guitarist John Charles Britton.

I grew up in the English choral tradition in Canada. I was in a men and boys’ choir when I was very young, and simultaneously, I was in an opera boys’ choir. I auditioned for that choir even before entering the Anglican choir system, singing songs from Les Misérables I think.

I was seven, and the director of the choir suggested that I take voice lessons, and I was basically telling everyone ever since that I wanted to be an opera singer, even though I’d never been to an opera! I guess I just stuck to it […] I didn’t grow up in a musical family. I was the first musician, and it became all-encompassing, whether it was in church or on the opera stage, and even now I have that bifurcated lifestyle where I put a lot of emphasis on liturgical music in my work, concert music, and opera. 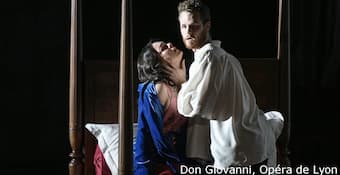 I was in the boys’ choir and we were hired for Tosca by the company in Ottawa, where I grew up – I was in an opera before I saw an opera! […] The first opera I would’ve seen would’ve been Verdi’s Il Trovatore. I can’t remember why I wasn’t in that opera, but the boys’ choir was and so I was able to watch it.

For me, it wasn’t seeing it, it had to do just with the feeling of doing it and being in the presence of all these people working together. It’s such a big event, such a coordinated effort, it’s exciting. And it was fun to see adults being goofy. I know it sounds strange, but you’re a young chorister and here you have all these adults… and [you realise] oh wow, adults are just like kids. So that was fun. I was like, “I like this environment. I don’t want to become an adult, I just want to be like these childlike adults.”

I do really enjoy the summer-camp-like feeling of meeting the cast and then being stuck with them, meeting the group you’re going to work with for months. It’s this amazing thing where you keep meeting new people, and also it’s a kind of environment where now I have friends in every city where I work.

Which composer[s]/role[s] do you feel the most comfortable with?

My age and voice type means I end up doing a lot of Mozart, which means the kinds of stagings I’m doing are very theatrical. The form of Mozart opera is quite unique, with this constant oscillation between secco recitatives, accompanied recitatives, arias, and ensemble movements. Recitatives move the plot along in a really actor-driven way, because now suddenly the singers control time, whereas normally in a through-composed opera, in a Wagner opera for example, the conductor controls time. So that’s really exciting; it gives you more responsibility as a singer and that’s why Mozart will be part of my career, from the beginning up to the end.

Is there any repertoire/role you haven’t performed yet that you would like to in the future?

I was able to do Golaud in Pelléas et Mélisande in a concert setting, which I loved to do, so I’m hoping I’ll do it on stage eventually. It’s definitely one of my dream roles.

As a young low-voiced man, I don’t know if I’ll be able to do more dramatic repertoire in ten years or not, so I have a cautionary eye to certain things. I’m really going to leave that up to the universe and see what comes my way, and see if it works. 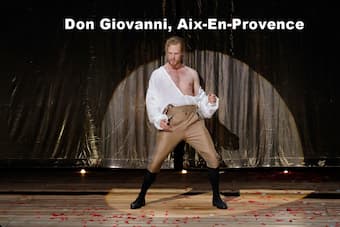 Is there a particular composer / role that you’ve really felt your relationship with change with over time (for better or worse)?

The piece I’ve probably lived with the most so far has been the St Matthew Passion. That has been a way for me to gauge just how much my technique and my relationship with my voice and my artistry has changed.

As a singer, your body is your instrument, so any sort of physical habits that I have are going to be useful. I really enjoy hiking. There is also a thematic relationship between a lot of the songs that I sing from the romantic era, the idea of sauntering, of walking, of just being in nature, so that’s always inspiring.

When you study music and the history of music you’re actually studying the history of the world and of thought and of philosophy, so what I love to do is when to get into a certain kind of music and learn about it: learn what inspired it, learn about the composer, and what they were being influenced by.

It’s an endless thing. […] I don’t know if it makes my interpretations better or not, but it does allow me to create a better map of the world, and that’s great.