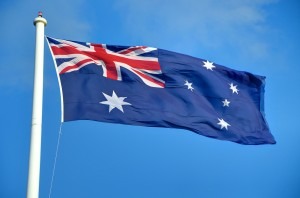 We’ve looked at the national anthems of France and the UK, the US and Germany, Italy and Spain, and Russia and China, it’s on to Australia and Ireland.

Advance Australia Fair, became Australia’s national anthem in 1984, replacing God Save the Queen. Australia had been looking for a new national anthem that reflected country, rather than the Mother Country. As many countries did in the 20th century, Australia held a competition to find a new national anthem in 1973, and, as happens in many of these compositions, nothing that arrived was deemed worthy enough to be a winner. The next thing the government did was to hold a nationwide opinion survey. Australia had a population of 13.7 million at the time, but surveying 60,000 people nationally (4% of the population) was deemed enough. The three works in the survey were “Advance Australia Fair,” written in 1878; “Waltzing Matilda,” set to music in 1903; and “Song of Australia,” written in 1859. “Advance Australia Fair” was the winner. With changes of government and other matters, it wasn’t until 1984 that the song became the national anthem. God Save the Queen is still used as the royal anthem for Australia when the Queen or the Royal Family is visiting.

The lyrics extoll the beauty of Australia, which, matched with the Australians’ hard work, will create the fair country that will advance into the future. Various changes have been made to the lyrics over time to make it more inclusive and less gender specific. References to countries such as England, Ireland, and Scotland as the places where many immigrants came from have been removed. 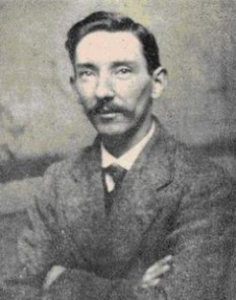 Ireland’s national anthem consists solely of the chorus – there are no verses to the song. The song, Amhrán na bhFiann, was composed in 1907 with English lyrics by Peadar Kearney and music by Peadar Kearney and Patrick Heeney. The Irish lyrics were written by Liam Ó Rinn in 1923. The song appeared in various events in the years leading up to the creation of the Irish Free State in 1922, including during the Easter Uprising in 1916 and by the Irish Republican Army during the Irish War of Independence (1919-21). The Irish Free State had no anthem until there was a problem with the former Unionists, those who still supported Ireland being part of England, who still wanted God Save the King to be used. Amhrán na bhFiann (A Soldier’s Song), had long been used in the Army and was used as a national anthem from 1936.

The song speaks of the singer as being a soldier whose life is pledged to Ireland and no matter what happens in Irelands wars, ‘we’ll sing a soldier’s song.’ As an Irish rebel song, it sought to unite all of Ireland against the enemy (originally England). The verses that were dropped speak more about the wait by the soldiers for the upcoming battles for the waiting Saxon foe.

Heeny and Kearney: Amhrán na bhFiann (Tapiola Choir, Kari Ala-Pollanen, cond.)
Critics of the anthem have attacked it for being outdated, too full of anti-British sentiment, and too militaristic, but the Irish politician Thomas O’Higgins pointed out in 1933 that “it happened to be the Anthem on the lips of the people when they came into their own,” and so it remains.

Next: South Africa and Belgium