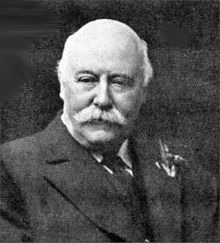 The United Kingdom has God Save the Queen but also has songs such as Jerusalem and Land of Hope and Glory that serve patriotic functions.

Jerusalem was set to music in 1916 by Hubert Parry, to words by William Blake. It’s a curious text, seeming setting the reader down in the middle of a statement: And did those feet in ancient times…’ The poem concerns the belief that Jesus, accompanied by Joseph of Arimathea, came to England and visited Glastonbury. The text also makes reference to the coming of a New Jerusalem, which has been taken in English theology as a metaphor for heaven. Parry had been asked to write the music to the poem as part of a campaign meeting in support of WWI. Parry wavered over the work, feeling it was dangerously appealing to the ultra-patriotic but it was saved by the Suffragettes, who had been using since it appeared. Parry eventually left the copyright to National Union of Women’s Suffrage Societies and his preferred voice for it to be sung was a solo female voice. King George V preferred it to God Save the King and Jerusalem has become an alternative national anthem, but one for England alone, as the rest of the United Kingdom is excluded from its lyrics. 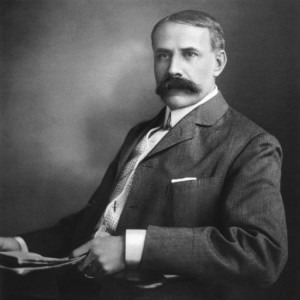 Land of Hope and Glory began its life as an internal theme in Edward Elgar’s Pomp and Circumstance March No. 1. It is supposed to be King Edward VII who suggested to Elgar that the melody would be great with words set to it. Elgar asked the poet A.C. Benson to write words and set them to be the Coronation Ode, written for the coronation of Edward VII and Queen Alexandra in 1902. The coronation was postponed due to the illness of the King and so the first appearance of the melody with lyrics was during the Sheffield Festival in October 1902. It also is a contender for the role of English national anthem (not the United Kingdom) but periodically is exchanged with Jerusalem for that honor.

Elgar: Coronation Ode, Op. 44: No. 7. Land of Hope and Glory (Leeds Festival Chorus; English Northern Philharmonia; Paul Daniel, cond.)
In the US, The Star-Spangled Banner is the national anthem, but songs such as America the Beautiful, God Bless America, and The Land Belongs to You and Me all have a place. 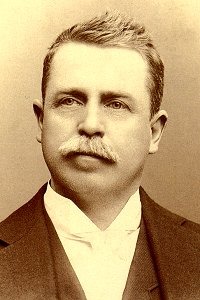 The lyrics to America the Beautiful were written in 1895 by Katharine Lee Bates, a professor at Wellesley College, to music written in 1882 by Samuel A. Ward. The melody, called Materna had been written for an old hymn, O Mother Dear, Jerusalem. To melody and the lyrics were matched up in 1910. Over time, various groups have tried to have America the Beautiful replace The Star-Spangled Banner because it’s easier to sing and more melodic, and extols the beauty of the country rather than a war-time action, but so far, their efforts have been unavailing.

Ward: America the Beautiful (Robert Merrill, baritone; London Festival Chorus; London Festival Orchestra; Stanley Black, cond. )
The Broadway composer Irving Berlin wrote God Bless America for a US Army revue in 1918 for WWI, but set it aside until WWII when Berlin revived it as a ‘peace song.’ It was taken up by the singer Kate Smith, used it on her radio program, and in the movie, This is the Army, becoming identified with the song for decades.

Singer Woody Guthrie disliked the complacency of the song so much that he wrote his own patriot song, The Land is Your Land. His original title was God Blessed America for Me. Guthrie wrote the song in 1940 and recorded it in 1944.

It came back into the public eye when it was taken up by singers in the new folk movement in the 1960s, since then, has remained an American patriotic song. A recent performance included Bruce Springsteen singing it at the Obama Inauguration concert in 2009.

The lyrics, as reflecting Guthrie’s leftist views, start off describing the beauties of America but then wander into more difficult territories. Later verses are more political, and talk about property ownership, walls that block, and hungry people, ending with a question: ‘Is this land made for you and me?’ Few of those political verses are sung today.