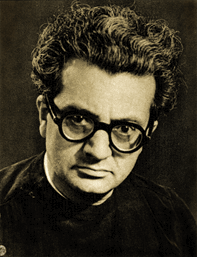 Kaikhosru Shapurji Sorabji (1892-1988) was an English composer and pianist who wrote some of the most unusual 20th century piano music. He maintained a tight control over his output, and, following a poor performance, he banned all public performances of his work between 1936 and 1976. During this time, he kept his name in the public eye through his writing. As a composer/pianist, he is often viewed as being in the tradition of such 19th century virtuosos as Chopin and Liszt.

Sorabji was born Leon Dudley Sorabji in Essex to an Indian father and English mother. His music studies seem to have stopped around 1915 and after correspondence with English composer Peter Warlock started in 1913, he began to work on composition and music criticism.

His first Piano Sonata was published with the assistance of Ferruccio Busoni in 1919. An earlier work, now numbered Piano Sonata No. 0, which dates from 1917, impresses us immediately with the advanced language with which he started his career:

Sorabji: Piano Sonata No. 0. (Soheil Nasseri, piano)
As a largely self-taught pianist, he faced much criticism of his early works as being unplayable. Despite his own reluctance and tendency to withdraw from the world, he performed concerts of his own works. Across his entire repertoire, the piano remains the principal instrument. He showed an understanding of the piano as more than a percussive instrument and his works show a sensitivity toward the piano’s build-in sonorities.

Two works are of importance. Opus clavicembalisticum is a work for solo piano completed in 1930. It was the longest piano work in the repertoire at the time of its completion – a full performance of the work comes in at 4 hours and the CD recording is 6 discs long. It is thought that the inspiration for the piece was Ferruccio Busoni’s Fantasia contrappuntistica. It is a 12-movement work, organized in 3 parts, each larger than the last. The Interlude that begins part 3, which is made up of a toccata, an adagio and a passacaglia and 61-part variation set, by itelf is an hour long. 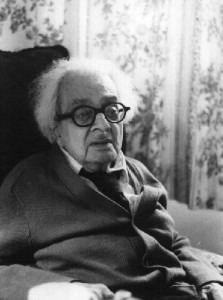 His other great piano work was his 100 Études transcendantes, written between 1940 and 1944. They are intended to be compared with Liszt’s similarly titled Transcendental Études but most of them were neither published nor performed during his lifetime. Some still remain unrecorded. The pianist Fredrik Ullen has recorded the first 71 to date.

Sorabji: 100 Études transcendantes, No. 59. Quasi Fantasia (Fredrik Ullen, piano)
The Opus clavicembalisticum was not Sorabji’s longest work. His later Symphonic Variations for Piano and Orchstra, written between1935-37 and 1953-56, is supposed to be some 9 hours long. His reputation as a composer has been aided by the interest of pianists such as Yonty Solomon who started to perform Sorabji’s work in the late 1970s in a series of recitals in London.

It’s rare to have a composer of such breadth who also choses to isolate himself so thoroughly. Come explore the pianistic world of Sorabji and find not the “Howard Hughes of Music” but a great master of 20th century piano music.