The commercial and defensive confederation of merchants and their market towns along the coast of Northern Europe — commonly known as the Hanseatic League — assured that the free city-state of Hamburg was completely under the control of commercial enterprises. Carl Philipp Emanuel Bach, who took up his tenure in Hamburg in 1768, quickly sought to take advantage of these entrepreneurial opportunities. Merely weeks after his arrival he announced “with the permission of high authority,” a concert series “at which, along with a variety of vocal pieces and other musical things, he would be heard in performances of his own music.”

For his concert series, C.P.E. also scheduled a number of choral and dramatic works, including sacred compositions by Niccolò Jommelli. Jommelli was primarily known as an innovative composer of opera seria, who accorded the orchestra a greater dramatic role. His operas and sacred works — he composed a number of cantatas and oratorios — are dominated by virtuoso solo singing, and featured the most famous virtuosi of the day. For his setting of the Pentecostal hymn Veni Creator Spiritus (Come Creator Spirit), originating with his employment at the Papal Chapel in Rome, Jommelli quickly transferred the vocal acrobatics of his operas into a sacred context. 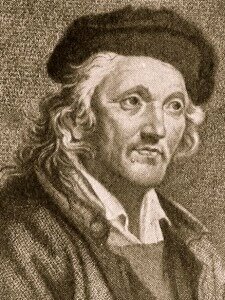 C.P.E.’s eclectic programming did not only include works adhering to the latest operatic fashion of the day, he also scheduled compositions by his former Berlin colleague Johann Philipp Kirnberger. Kirnberger had been a student of Johann Sebastian Bach and subsequently became a staunch advocate of his music. His theoretical work The Art of Strict Composition in Music — written in close collaboration with C.P.E. — features a number of first editions of Johann Sebastian music. In his own composition, exceedingly conservative for its day, he closely followed in the contrapuntal footsteps of his teacher.

For his Hamburg employment, Carl Philipp Emanuel was responsible for music at the five principal churches of the city. He was in charge of “about 200 musical performances a year, as well as sacred music in the schools, funeral music, cantatas for the inauguration of an endless procession of new pastors, congratulatory cantatas or musical celebrations for various city officials, music for visiting royalty and numerous other occasions.” During his first year of employment in Hamburg — undoubtedly in an effort to impress his new bosses — C.P.E. composed his Passion according to the gospel of Matthew. For the music, C.P.E. frequently borrows from himself, and from other composers including Telemann, Benda, Stölzel and Johann Sebastian Bach.

During his Hamburg tenure, C.P.E composed a total of 21 Passion settings, none of them published during his lifetime. These priceless manuscripts were lost after World War II, and only rediscovered in 1999. C.P.E.’s reputation experienced a similar fate. Highly esteemed during his lifetime and lauded by Mozart, Haydn and Beethoven, his name fell into neglect during the 19th century, with Robert Schumann notoriously stating “as a creative musician he remained very far behind his father.” Relying on extreme unpredictability and a wide range of emotions, his music easily moves with complete freedom and variety across the entire spectrum of structural designs. His true legacy is not merely felt in the psychological realm of Romanticism, but in the improvisatory and cyclic musical experiments of the 19th century.