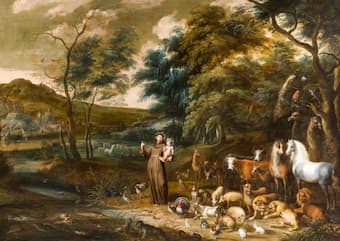 On 4 October, the feast day of Francis of Assisi, we celebrate World Animal Day. Saint Francis was the patron saint of animals, and this international day of action for animal rights and welfare aims “to raise the status of animals in order to improve welfare standards around the globe. Building the celebration of World Animal Day unites the animal welfare movement, mobilising it into a global force to make the world a better place for all animals. It is celebrated in different ways in every country, irrespective of nationality, religion, faith or political ideology. Through increased awareness and education we can create a world where animals are always recognised as sentient beings and full regard is always paid to their welfare.” The driving force behind World Animal Day was the German editor, writer and animal protection activist Heinrich Zimmermann. “As key organizer for the movement for the prevention of cruelty to animals, he was also the publisher of the magazine Man and Dog with new issues every two weeks. He used the magazine to promote the welfare of animals under the general public and established a World Animal Day Committee.” For composers, animals have always been a wonderful source of inspiration, as witnessed in the fluttering evocation of a butterfly by Edvard Grieg.

Zimmermann was the author of two books, the Lexicon for Friends of Dogs and Animal Brother. After organizing the first World Animal Day on 24 March 1925 in Berlin, the event was moved to 4 October to align with the feast day of Saint Francis in 1929. Born Giovanni Bernardone, Saint Francis was born in 1182. As the son of a rich textile merchant, he enjoyed a carefree existence. Apparently, at the age of twenty-five, however, Francis listened to a sermon that prompted him to preach repentance, and to devote his life to apostolic poverty. His teachings quickly attracted a large number of followers—he is considered the founder of all Franciscan orders—and Pope Gregory IX canonized Francis as patron saint of ecologists and merchants. The earliest books about Saint Francis reveal his love for animals and his conviction “that religious faith and care for God’s creatures go hand in hand.” Apparently, Francis was talking with and preaching to birds, fish, pheasants, crickets, bees, and rabbits. Composer Mark Dal Porto is not known for preaching to birds, but he demonstrates considerable humor in his Exotic Animals Suite.
Mark Dal Porto: Exotic Animals Suite (Arcadian Winds)

Originally, World Animal Day was only celebrated in a couple of central European countries, but Zimmermann finally convinced the International Animal Protection Congress to make it international in 1931. His proposal for a World Animal Day was unanimously accepted and adopted as a resolution. Today, World Animal Day is celebrated in all corners of the world. The world-famous primatologist and anthropologist Jane Goodall writes, “Through the centuries, humans have compromised animal welfare and species protection for a number of reasons. Whether it’s by destroying natural habitats for new buildings or agriculture, or testing chemicals on animals to determine whether the substance is safe for human use, humans have rarely prioritized animals…The purpose of World Animal Day is to bring these issues to light and to provide effective protection for species worldwide.” The animal miniatures presented in The Carnival of the Animals by Camille Saint-Saëns have become favorites with audiences worldwide and portrait lions, tortoises, kangaroos, characters with long ears, elephants, and many more. 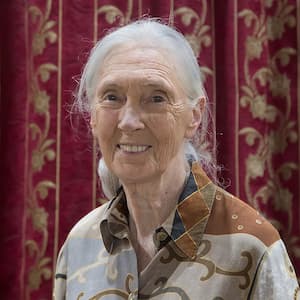 To demonstrate what we can each do to stand up for animals, people from virtually every country have showcased their animal advocacy creatively. Some people orchestrate educational workshops for pet owners, while others may organize fundraisers at their school. Groups have also been known to hold peaceful protests in the name of animal welfare legislation. With looming statistics around species loss highlighting what has been termed “the Sixth Great Extinction,” endangered protections under threat, and animals still suffering under poor conditions of treatment, today is a day to do something positive for the rest of the animal kingdom. For Franz Schubert and his generation, nature and animals supplied the standards for beauty and for morality. Painters, writers and composers were aware that the industrial revolution was destroying much of the natural habitat. Among Schubert’s compositions, the “The Trout” quickly gained notoriety as a story of deceit and defiance. Schubert adopted the tune for a beautiful variation movement in his Piano Quintet, and we might adopt it as a cautionary hymn for World Animal Day 2021.