Giacomo Puccini lived life to its fullest. He loved fine cigars, expensive spirits, and fell in love at the drop of a hat. He was an addicted gambler and hunter and loved nothing more than fast cars and speedboats. Puccini bought the latest and fastest automobiles, and his yachts were named after the works whose proceeds financed them. A serious automobile accident in 1903 almost took his life, and he was barely saved by the quick intervention of a nearby doctor. Puccini was a heavy smoker of cigarettes and cigars, and he could not escape the long-term effect of this addiction. He persistently complained about a pain in his throat, and while attempting to put the finishing touches on his opera Turandot, his son Tonio urges him to consult a specialist. 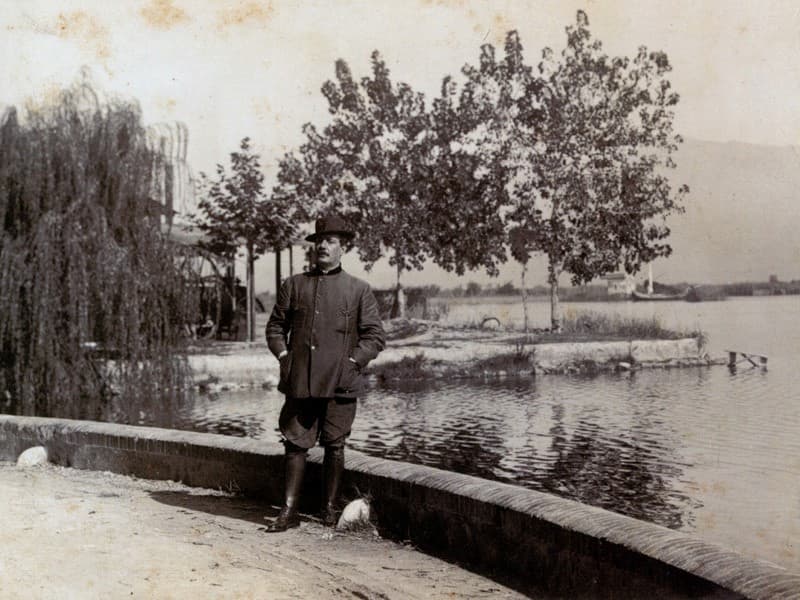 Giacomo Puccini in Torre del Lago, where he lived for thirty years

Like his colleagues before, the physician discovered nothing suspicious beyond a slight inflammation deep down the throat. He advised Puccini to take a complete rest, abstain from smoking and come back in fourteen days. While his family was clearly relieved, Puccini knew that things weren’t right.

Unbeknownst to his family, Puccini consulted yet another specialist in Florence who diagnosed a “walnut-sized advanced extrinsic cancer of the supraglottis.” Tonio refused to accept the diagnosis but was told in no uncertain terms that his father was suffering from cancer of the throat in so advanced a stage that an operation would be futile. After consulting a number of eminent specialists, it was suggested that treatment by X-ray “was the only method likely to arrest the rapid progress of the disease.” 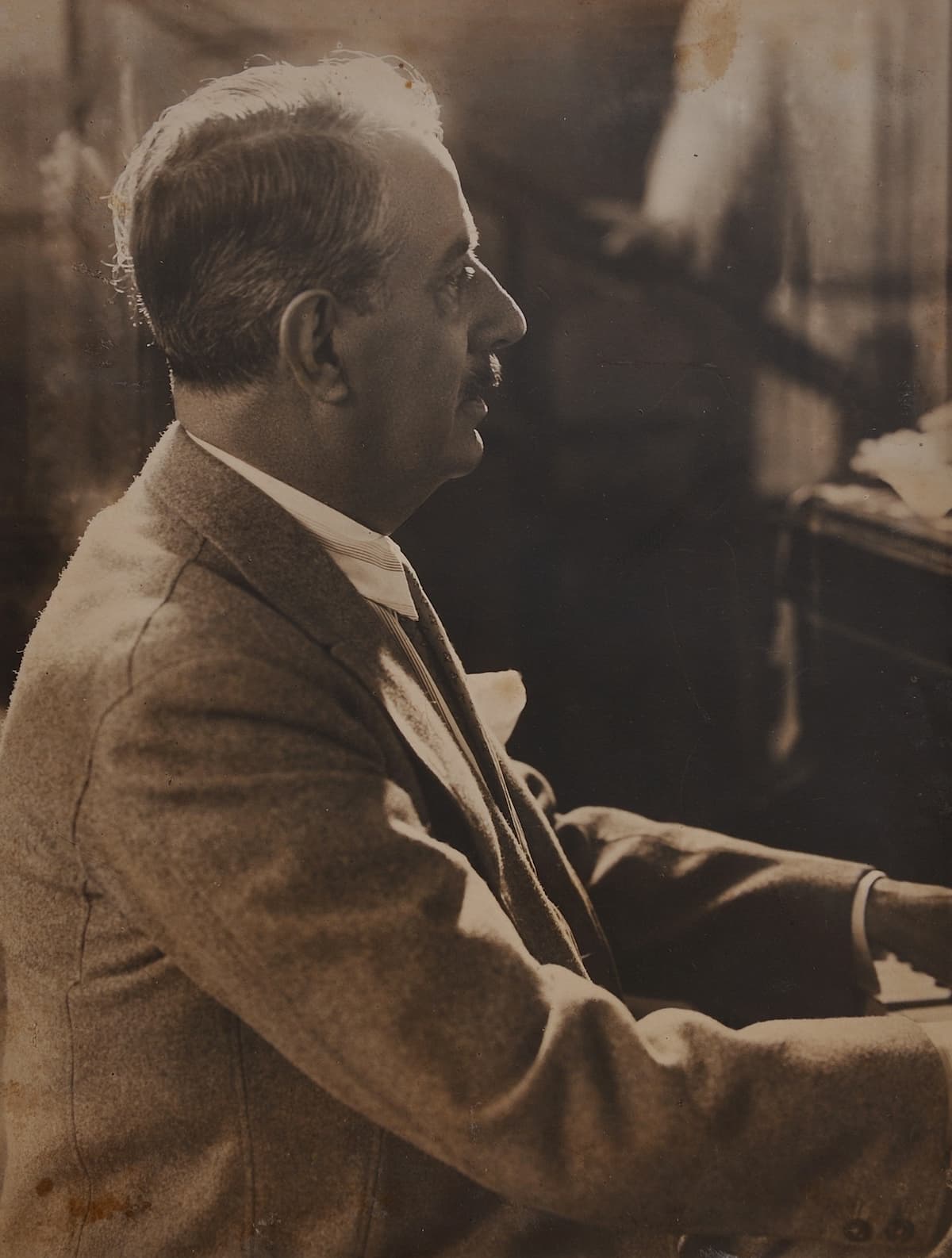 As this kind of treatment was in its infancy, there were only two clinics in all of Europe where the method had been tried out with some success. Puccini decided to consult Dr. Ledoux in Brussels, and he wrote to his librettist Adami on 22 October 1924, “I am leaving soon… Will they operate on me? Shall I be cured? Or condemned to death? I cannot go on like this any longer. And then there is Turandot… Puccini departed for Brussels on 4 November 1924, taking with him sketches for the love duet and the finale of the last act, thirty-six pages in all.

The first part of the experimental treatment saw Dr. Ledoux place a collar containing radium around Puccini’s neck. Puccini reports, “I am crucified like Christ! External X-ray treatment at present—then crystal needles into my neck and a hole in order to breathe… What a calamity! God help me. It will be a long treatment, six weeks, and terrible.” 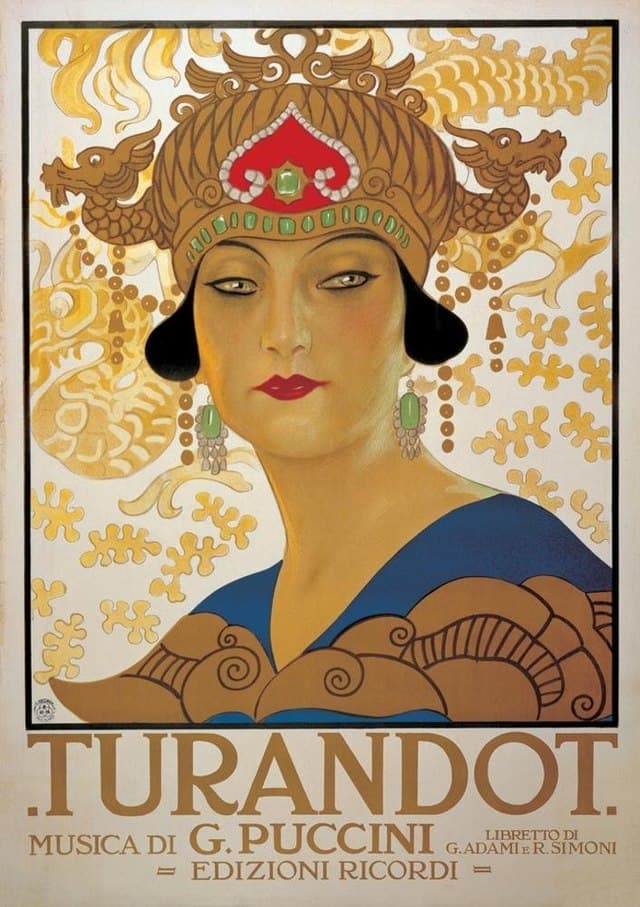 During his initial treatment stage, Puccini was not confined to bed but was allowed to leave the clinic. He went to see a performance of Butterfly at the Theatre de la Monnaie, and his clinical condition improved. Puccini visited the local markets and went out for luncheons, and he started smoking again. The second part of the treatment commenced on 24 November, when seven needles were inserted into the tumor in an operation that lasted three hours and forty minutes. Although Puccini suffered agonizing pain, Dr. Ledoux was apparently satisfied that Puccini would pull through. 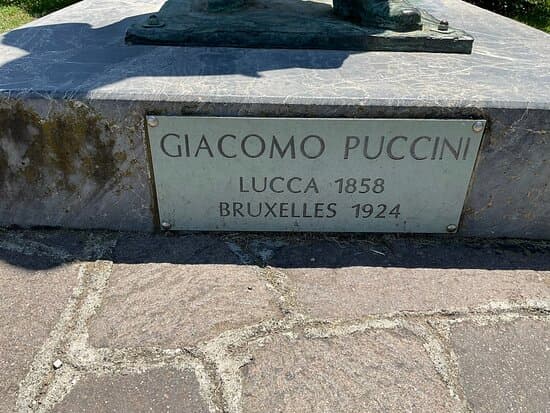 Unexpectedly, however, Puccini collapsed in the evening of 28 November and he died of heart failure at 4 am on 29 November 1924. A biographer writes, “Dr. Ledoux was so shattered by this sudden turn of events that, driving home in his car afterward, he is said to have fatally injured a woman pedestrian.”

When news of Puccini’s death reached Rome, a performance of La Boheme was stopped, and the orchestra spontaneously played Chopin’s “Funeral March.” The funeral ceremony took place on 1 December in Brussels, and mourners silently lined the street from the clinic to the Church of Ste Marie. When Mme Laure Berge sang Gounod’s “Ave Maria,” a wave of emotion “rippled through the crowd outside the church as the public wanted to share their sorrow for the loss of a famous and very loved Maestro.” 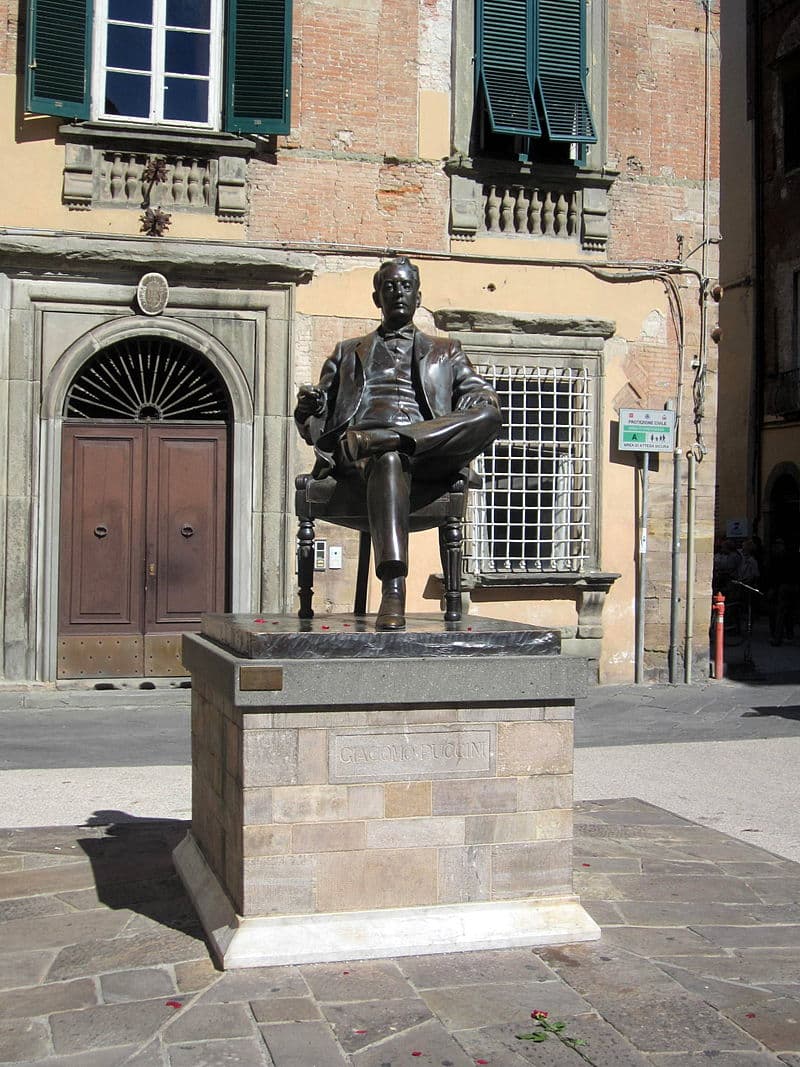 Puccini’s body was taken to Milan two days later. Toscanini and the Scala orchestra played the Requiem music from Edgar. Amid torrential rain Puccini’s mortal remains were then conveyed in a solemn procession to the Cimitero Monumentale for provisional burial in Toscanini’s family tomb. On the day of the second anniversary of his death, the coffin was brought to Torre and placed in “the mausoleum, which Tonio had erected in the villa by the lake. Pietro Mascagni spoke the funeral oration, and the conductor Bavagnoli and an orchestra performed music from Puccini’s operas. As for Turandot, Franco Alfano was commissioned to complete the score, a task that took him roughly six months.