The city of Atami is located in Shizuoka Prefecture, at the northern end of the Izu Peninsula. Built on the steep slopes of a partially submerged volcanic caldera, the name of the city literally translates as “hot ocean.” That name references the town’s famous hot springs, which have drawn visitors to this resort town since the 8th Century. In more recent times, specifically on 20 December 1948, the town of Atami saw the birth of the exceptional Mitsuko Uchida, known for her dynamic and emotional interpretations of Mozart, Schubert, and Beethoven. 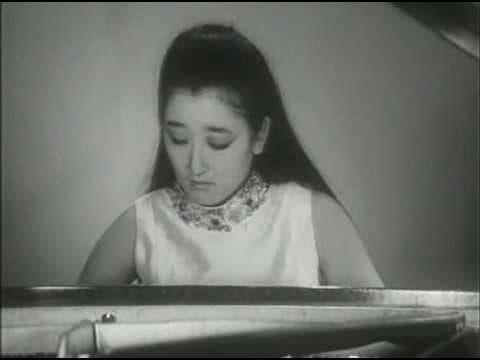 The youngest of three children of the diplomat Fukito Uchida, Misuko grew up in a family that loved music. Some of her earliest memories recall her listening to her father’s extensive collection of recordings. She started piano lessons at the age of three, but her parents never envisioned their daughter becoming a pianist. As Mitsuko later recalled, “They saw music as part of a Japanese girl’s education, something all little girls of Japanese middle-class families did. I suppose if my parents had any hope for me it was that I would become an important piano teacher, get decently married, produce a child or two, and live within the framework of Japanese society.”

Mitsuko’s talent was unmistakable, and her proud father made her perform for guests. “How I loathed it!” she remembered. “It almost made me quit music. I hated being told to play even if I didn’t feel like it.” For Mitsuko, the years of early childhood were “the hardest period in my life.” Since projecting questions to teachers and parents is not an acceptable behavior in Japan, Uchida hated the stifling atmosphere this created. “There were so many things I didn’t understand about why things were as they were, in life as well as in music. But one was never really to ask, and I didn’t have the habit of asking. So all these “whys” accumulated in me.” 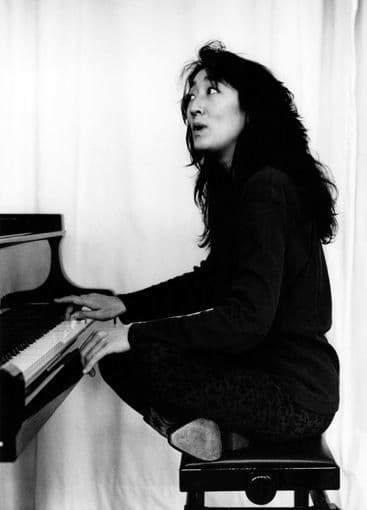 For Uchida, the Japanese approach to the teaching of music can be “antithetical to the true inner development. They believe in instrumental or mechanical, rather than musical training. For them, the teacher is sacred, a figure of unquestioned authority. Japanese pianists are always looking for the perfect teacher, someone who unlocks secrets you can only learn by yourself.”

When Mitsuko turned 12, her father was sent to Vienna to serve as Ambassador, and the whole family moved to Europe. Mitsuko was terrified, “I didn’t want to go, and when I got there I hated it. The change of language, of my style of life, it was absolutely terrifying.” She enrolled in the Vienna Academy of Music and was accepted into the class of Richard Hauser. Mitsuko remembers, “Hauser demanded of me the same as from the 20-year-old students. You had to play by heart every new piece by the second lesson or you were out.” Mitsuko soon felt isolated, as she wanted to learn German, but a part of her clung to all things Japanese. She also considered the Vienna Academy a stifling experience, as “Beethoven must be like this, Schubert like that; anything else is inadmissible.” 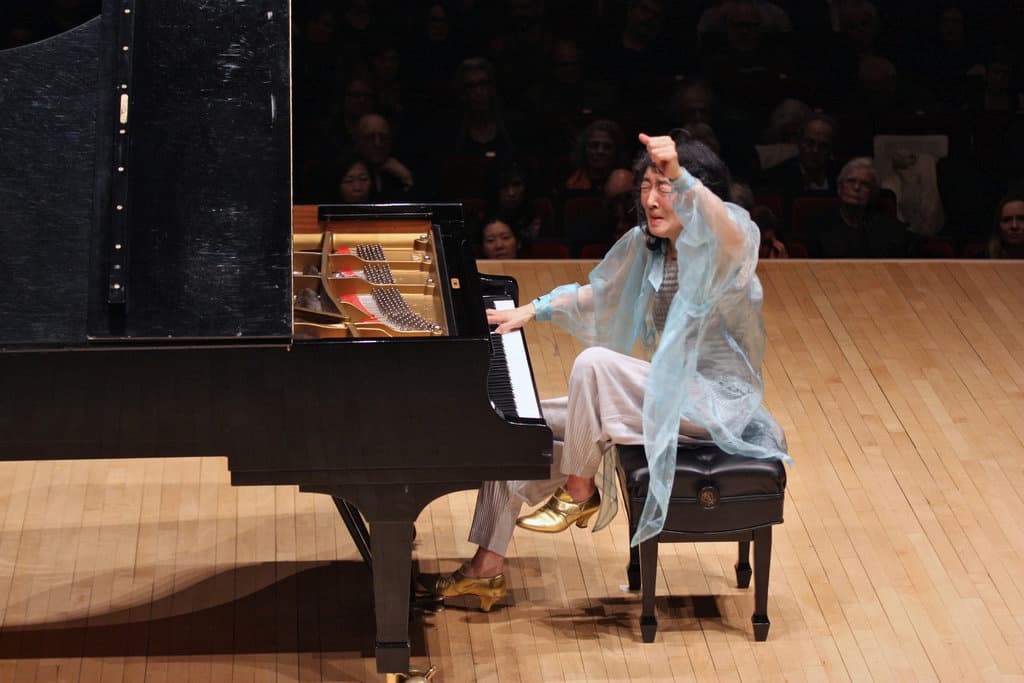 When her father was transferred to West Berlin, Uchida had to make a difficult decision. “I was 16 and had to decide to be a dutiful daughter or stay on my own and study music.” In the end, she decided to stay alone in Vienna and continue her education. She writes, “I simply thought, what have I done all this work for? If I had gone with my parents, I would have just become the attractive ambassador’s daughter who plays the piano terribly well.”

For over six years, Uchida lived in a youth hostel and continued her studies. “It wasn’t easy,” she recalls. “I was lonely, but I knew that I wanted to become a professional musician and needed to explore as much of the piano repertoire as possible to find myself as an artist.” She took lessons with Wilhelm Kempff and Stefan Askenase and presented her first Viennese recital at the age of 14 at the Vienna Musikverein. She also took master classes with Maria Curcio, the last student of Artur Schnabel. After graduation, Uchida immediately prepared for her first piano competition, receiving tenth prize at the Queen Elisabeth Music Competition in 1968, playing Beethoven, Debussy, and Brenta in the finals. 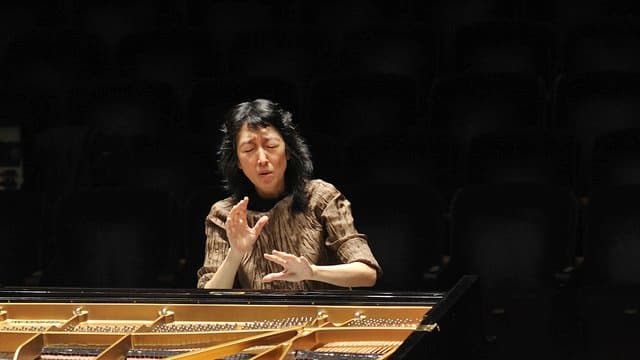 Just one year later she won the International Beethoven Competition in Vienna, and in 1970 received second prize in the VIII International Chopin Piano Competition in Warsaw, Poland. Uchida was recognized as a significant new talent in Europe, but she became aware of the damage to the true potential of a player such competitions could cause. She writes, “The premature exposure associated with such competitions can be disastrous. At 18 or 20 you are simply not ready, you can’t have come to terms with yourself or have little beyond the most superficial notions concerning your artistic identity. Inevitably, the repertoire has been rapidly prepared, not chewed over and inwardly digested, learned, relearned, and relearned again.”