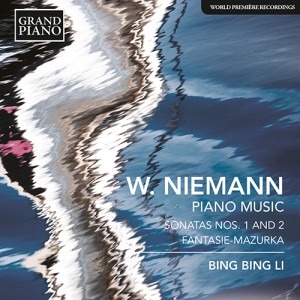 Highly respected in his day as a scholar, composer and pianist, Walter Niemann fell out of favour after the Second World War. His prolific output for piano, which includes several full-scale sonatas, is mainly romantic and reflective in style, yet with an underlying passion. The Sonata No. 1 is notable for its contrast between impassioned writing and wistful expressiveness, while the heartfelt Sonata No. 2 ‘Nordic’, which features an exquisite and plangent slow movement, is testament to Niemann’s Scandinavian sympathies.