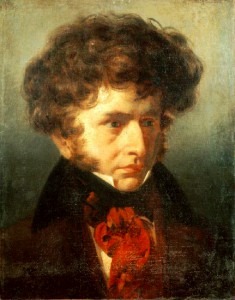 We hear stories of the wonders of Paganini – he played so hard that strings would break beneath his bow and still he would go on, moving the melody to other strings even as he continued to play – and other wonders of 19th century virtuosity. Is there an argument to be made about inspiriting modern performers to be so wild?

Harold in Italy, Op. 16
Some back history: Niccolo Paganini, the demon violinist, bought a new toy: a Stradivarius viola. To properly show off the instrument, he commissioned Berlioz to write him a viola concerto. What he received was Harold in Italy, a symphony with viola obbligato. Paganini looked at the score, particularly the slow movement, didn’t see enough air time for him, and declined the work. He wanted a work where he would be the center of the attention, not the extra voice looking for attention. 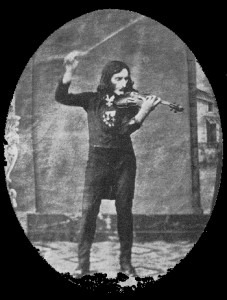 Berlioz knew Paganini, and he knew his style of playing and of improvisation. There are clearly sections where the viola is just sawing away where Paganini would have, figuratively, been swinging out over the auditorium and hanging from the balcony. There’s an argument to be made for the soloist to take what Berlioz provided as a springboard for his own airs above the ground.

The bad news, of course, is that we wouldn’t dare to do this. We’ve wrapped the score and the composer up in such cotton wool and handle them as such precious gems that the audience, in the end, isn’t getting what it paid for.

We should encourage more performers to look at the history of a piece and see where they have a role. It’s not easy to add your own notes to those that Berlioz intended for Paganini, but that’s the point where you start to show off your own private virtuosic turns. Start with a cadenza – then take on a figured bass – now show Harold all that he should know about Italy!