Composers Inspiration
The Music of the Moon
by Maureen Buja May 16th, 2015 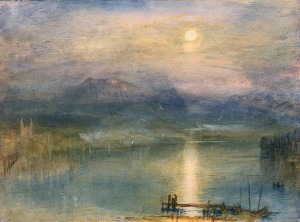 We look up at the orb that hangs in our sky and know that it’s been an inspiration for artists of all sorts: authors, poets, painters, and composers. It can be an inspiration for love and for madness – lunacy, after all, comes from the power of La Luna (the moon). This year’s Risør Festival, held 23 to 28 June, takes all the aspects of the Moon for its programme theme. And, because we’re in Norway, just after Midsummer, this year, for the first time, the Festival will stage late night concerts overlooking the moonlit sea. Some of the pieces they’ll be playing will be old favourites from Beethoven and Mozart; other pieces bring us into modern times. We’ll look at a couple of moon pieces, some of which are part of the Risør programming.

Beethoven’s Moonlight Sonata springs to mind first. We wish that Beethoven had been the one to call his Piano Sonata No. 14 in C-sharp minor Op. 27/2, by that name, but he merely said it was “Quasi una fantasia”, i.e., a sonata in the manner of a fantasy. The title was given it by the poet Ludwig Rellstab, comparing the effect of the first movement to that of moonlight upon Lake Lucerne, and the name became popular. 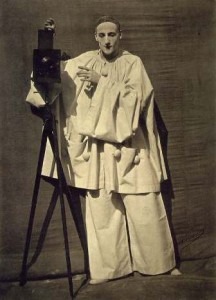 Arnold Schoenberg took on the crazy side of the moon’s influence in Pierrot Lunaire (Moonstruck Pierrot). The formal title of the work, Dreimal sieben Gedichte aus Albert Girauds “Pierrot lunaire” (“Three times Seven Poems from Albert Giraud’s ‘Pierrot lunaire'”), shows the obsessive side of Pierrot even in the title. Schoenberg, who was fascinated by the study of numbers, uses seven-note motifs in the work, which is to be performed by an ensemble of six plus conductor (=7) and the piece is his opus 21, contains 21 poems, and was begun on March 12, 1912.

One of my favourite parts is No. 18, Der Mondfleck (The Moon Spot). Pierrot, dressed in his best black, finds a spot of white on it. He tries to rub it out and rub it out, ruining his coat and his evening, only to find, in the dawn, that it was just the light of the moon. 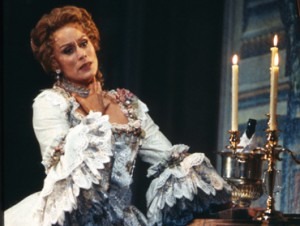 Kiri te Kanawa as the Countess in Capriccio

Debussy also looked at the moon in his Suite bergamasque. His Claire de lune is almost a meditation on the moon and when orchestrated by André Caplet, took on an even more luminescent tone than in its original piano version. There also seems to be some hint of the sea in it as well, as the music ebbs and flows.

Debussy: Suite bergamasque: III. Clair de lune (Alexis Weissenberg, piano)
Debussy: Suite bergamasque: III. Clair de lune (arr. A. Caplet) (Lyon National Orchestra; Jun Markl, cond.)
In his opera Capriccio, Richard Strauss begins the final scene with some Moonlight Music – the Countess, who is being pursued by a poet and a composer, has set the two rivals to write an opera based on their discussions over the relative merits of words and music. In the morning, the Countess will give her judgment, and her hand, to her choice. In evening, though, as she ponders her decision, she walks in the moonlight, and Strauss’ beautiful music illuminates the scene and also subtly informs us of her desires.

Strauss: Capriccio, Op. 85, TrV 279: Intermezzo (Moonlight Music) (Dresden Staatskapelle; Rudolf Kempe, cond.)
The moon gives us the light with which to meditate, to think, to fall in love, or to be crazy – but in all ways it remains the inspiration for composers everywhere. Come to Risør and be inspired!

Now, it’s your turn to play the Moonlight Sonata!