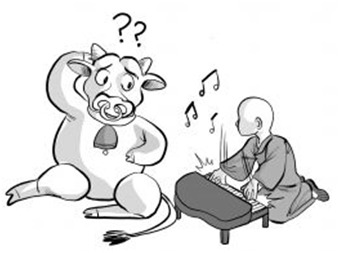 Do cows understand music? Can animals appreciate the beauty of music? The term “playing music to a cow” (对牛弹琴) is an old Chinese proverb that came about when a man called Gong Mingyi played music to his cow, only to find that it did not respond. Today, the term is used as a metaphor to mock an audience who cannot understand or appreciate what is delivered to them.

While the Chinese tend to think little of cows and music, modern science seems to suggest otherwise. Researchers have found that dairy cows produce more milk when listening to relaxing music, and found that each cow’s milk yield rose by 0.73 litres a day on average when slow music, rather than fast music, was played. A farmer in China, Guo Zhixin, claims that playing music to his cows produced more than one kilo of milk from every cow, resulting in 700 yuan worth of extra milk every day. 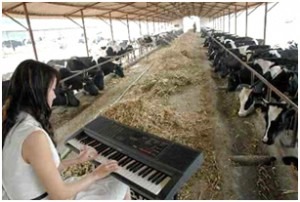 Also enjoying this luxury is the Wagyu cattle, from which the highly-prized Japanese kobe beef comes from. Popular myth goes that Wagyu cattle are the most pampered of domesticated animals, because their daily routine consists of regular massages, beer drinking, sake baths and listening to relaxing music—all of which help to keep their meat so tender. Looks like “playing music to cows” is not that foolish a thing to do after all.

While it is said that animals are able to tell between different pieces of music (even gold fish), some research seems to suggest that they are innately incapable of appreciating it. McDermott and Hauser conducted a study to see how humans and nonhuman primates react differently to music. Across several experiments, they found that both tamarins and marmosets preferred slow tempos to fast, which is homologous to human response. However, when presented with a choice between slow tempo music stimuli (such as lullabies) and silence, the primates preferred silence, compared to humans who tend to choose music. This finding may suggest that primates do not find such musical stimuli pleasurable or relaxing. Thus, despite our similarities in tempo perception, there appears to be motivational ties to music that are uniquely human. It is possible that the ability to appreciate music only appeared some 28 million years ago.

Music: Not just a human language

On the other hand, biomusicologists argue that certain animals can compose with the same musical language as humans’. The sounds produced by whales, for instance, tend to mimic many of the musical concepts found in human music, including rhythms, phrase lengths, and song structure. Another example is birds, which have shown abilities to reproduce human songs and dance in rhythm.

Why are some sounds more pleasant than others?

To most humans, harmonizing ‘consonant’ music is typically a pleasurable experience. On the other hand, dissonant music tends to illicit unpleasant emotions, for instance, when two adjacent keys on a keyboard are played together to form a “clashing” sound (also called a ‘minor second’). Research shows that even babies as young as 2 months-old prefer consonant over dissonant music. Why do some sounds seem innately more pleasant than others? 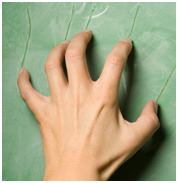 For example, think of the sound of fingernails scratching down a blackboard. Even the thought of such an unpleasant sound can make people cringe. Unpleasant music experiences have shown to activate a network of brain structures involved in emotion mainly located in the medial temporal lobe. Although it is still not fully understood why, one theory goes that humans innately dislike the blackboard screech because it is similar to the frequency of danger warning sounds emitted by the great apes, so it is possibly a primal instinct or vestigial reflex for danger. Yet another experiment by McDermott and Hauser found that unlike humans, the primates did not react negatively to the screeching sounds.

If primates, like humans, possess cortexes that can differentiate between consonant and dissonant sounds, how come only humans display such extreme preferences? A study by Gosselin et al showed that only patients with substantial sections of the left or right parahippocampal cortex removed considered dissonant music as slightly pleasant. What is interesting is that the same patients were able to detect intentional errors in the music, and could identify whether the music was happy or sad. In other words, impairments to the parahippocampal cortex did not affect their perception of music, but rather, it diminished their brains’ sensitivity to the unpleasant sensation resulting from dissonance.

Is the Ability to Appreciate Music Innate?

Suppose the ability to appreciate music is inborn and hard wired into us, then the answer would be in genetics. Williams syndrome is a rare neurodevelopmental disorder where around 26 genes are deleted from chromosome 7. Those with the condition are usually small-built and characterized by a distinctive elf-like facial appearance — a low nasal bridge, oval or pointy ears, thick lips, small chin, narrow face and wide mouth. The symptoms may include mental disability, congenital heart defects and a lack of hand-eye coordination.

Most individuals with Williams syndrome usually have good verbal skills and are highly sociable. What is special is that they also tend to demonstrate a love for music, which is often paired with perfect pitch. This may be explained by an unusually active amygdale in the brain when listening to music, compared to normal people. On the other hand, autistic patients demonstrate the exact opposite and tend to show a disinterest in music.

What about the Role of Nurture?

With magnetic resonance imaging technology, Demorest and Morrison found that both Chinese and Western subjects experienced similar reactions in the brain when listening to foreign music for the first time. This goes to show that prior musical training does not have much impact on how accepting one is to foreign music. As early as 1903, Meyer had already established that when Westerners repeatedly listened to unfamiliar Asian music, they would gradually develop an interest towards it. This probably explains why music from one’s childhood is especially pleasing to the ears. What this also means, is that the popularity of a song isn’t always about the music itself, but also depends on the listener’s past experience.