Guest Posts
In touch with Tan Dun : From Beijing to Bartók
by Nick Frisch February 27th, 2012 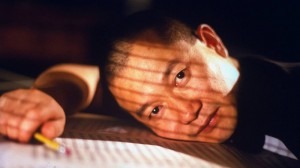 From Beijing to Bartók: a Talk with Tan Dun at the 2012 Hong Kong International Chamber Music Festival

Tan Dun flew to Hong Kong last month to oversee rehearsals for the local premiere of Ghost Opera, the chamber work considered by many to be his best. The highly theatrical piece for string quartet and pipa was a watershed moment in Tan’s career when it premiered in 1994. It remains a standout among the collective oeuvre of the “class of ‘78” – the legendary generation of Chinese composers who emerged from the Cultural Revolution to study at Beijing’s newly-reopened Central Conservatory, and went on to global fame.


The piece itself will be familiar to any devoted contemporary music fan, not least from its definitive Kronos Quartet performance. All the Tan Dun signatures are there – dripping bowls of water, rustling and ripping paper, and the “class of 78” trademark: Chinese instruments set in modern classical scores alongside their Western counterparts, seeking a sound that organically fuses the composers’ Western and Eastern influences into a coherent musical whole.

Whether Ghost Opera, or other works of this contemporary-classical-Chinese genre, succeeds is a question best left to the individual tastes of listeners. Less subjective and more interesting is the actual creative process of fusing two disparate musical and cultural traditions into a single work. In his preconcert talk, Tan Dun explained the traditional exorcism plays (nuoxi儺戲) that inspired “Ghost Opera,” explaining the various stages of the ritual, and how its template informed a modern iteration that has players walking about, playing with paper and water, quoting lines of text, and generally exceeding the usual decorum of chamber music. The plucked pipa yields brighter, harsher, more prickly sounds against the quartet’s fulsome and undulating bowed strings, giving the composer a wide range of timbres augmented by the water and paper. The effect is unmistakably Chinese and modern at once. Tan’s preconcert talk, conducted with Lin Cho-Liang, Artistic Director of HKICMF, repeatedly invoked Bartók as a model – “he is our god!” for his generation of Chinese composers.

We continued the conversation during Tan’s only available time: the car ride back to Hong Kong’s airport the following day. (Interview condensed and edited).

Question: Your music emphasizes organic instincts and processes. Is that also true for the composition process?

Tan Dun: Absolutely. I would improvise on the piano, playing whatever came to my mind, and I found one hand was playing Bach [Prelude in C-sharp minor from Book II of the Well-Tempered Klavier], and the other started playing Little Cabbage [xiaobaicai 小白菜, a Chinese folk song], and it fit together really well! It felt a little bit like destiny (yuanfen 緣分) for these melodies to speak with each other, so I put them in the piece.

It’s similar with the other instruments – I have been trained in violin and played pipa, so I could experiment with how they sounded together. I also had paper and bowls of water on the table of my apartment in New York.

Q: In your preconcert talk…you mentioned adjusting the “exorcism play” and similar folk rituals the Cultural Revolution [when you were a “sent-down youth” 知青 in a village in rural Hunan Province].

TD: As they say, the mountains are high, and the emperor is far away; the village peasants were not necessarily so familiar with all the details of Marxism and class struggle, so we could simply recast any “evil spirits” in the plays as class enemies and not alter much else. It was very interesting to see traditional templates reworked for modern ends, and gave me the idea of doing it with Western instruments after I got trained [in Western music] at the Central Conservatory.

Q: What kind of musical instincts were driving you? Western? Chinese?

TD: Well, the “exorcism play” is not such a fixed form, there are many regional variations and it evolves over time, even two performances [in the same village by the same troupe] won’t necessarily be exactly the same. So Ghost Opera is more fixed [with a written score], and in that sense, it is Western. But in welcoming the spirits [yingshen迎神, a stage of the “exorcism play” and also a movement of the piece] of Shakespeare and Bach and having musicians move around and speak, it is much more Chinese. The instrument technique mixes, too [e.g., Chinese-style intonation on Western strings]. It is hard to say which is inspiring me at any moment; it is a natural instinct for me.

Q: Can you talk more about the influence of Bartók on your generation of composers? Is it because he was also at Columbia University [in New York in the 1940s, where Tan Dun and several peers from the “class of ‘78” studied in the 1980s after the Central Conservatory]?

TD: [laughs] Bartók was very proud of his ethnic heritage, and like us, spent a great deal of time in the countryside, in touch with the musical traditions of his people. But he integrated this knowledge with the sophisticated tools of modern music and produced pieces of music that can be performed on stage in a concert hall, that gave [Hungary’s] music an international reach and reputation. This is why we admire him.