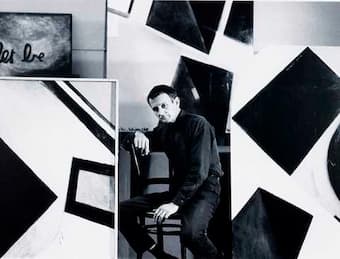 The art of the landscape painting has become rarer in modern art – with our closed urban environments, it’s more difficult to take that longer view, to survey the world, and find one’s position in a green space.

New Zealand artist Colin McCahon took an extensive tour of the United States in the early 1950s, visiting over 60 art galleries and meeting curators and artists. He viewed some of the most significant of the large-scale abstract paintings of the time, including works by the Abstract Expressionists Jackson Pollock, Mark Rothko, and Willem De Kooning, as well as painting by artists working in the San Francisco Bay area, including art from Asian artists.

He was inspired by what he saw to enlarge his own vision – his works grew in size and his style more expressive and looser. He came back with a realization that large paintings changed the world around the viewer, and it was important to create ‘pictures for people to walk past.’

When he returned to New Zealand in 1958, he painted Northland Panels on one August afternoon, and then spent the next weeks and months revising it, with the final painting signed and dated in November 1958. It consists of 8 unstretched, unframed canvases entitled:

McCahon lived in the Auckland suburb of Titirangi, on North Island, but in his painting, he fled the cold and rain of his hometown and painted, instead, his memories of the ‘wide open spaces’ of the north of the country. Mixed in with the images of northern North Island were his memories of the expansiveness he saw during his travels around America. 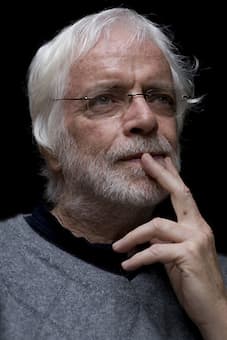 The panels are enormous: 5,638mm x 1,779 mm (18.5 feet x 5.8 feet) and to see them, the viewer must walk by them. There’s no one perspective that will permit the viewer to take them in. In walking by the paintings, the work also evokes the idea of Japanese and Chinese scroll paintings, which also have a vertical aspect and may come in a number of paintings.

In 2011, New Zealand composer Ross Harris (b. 1945) was commissioned by pianist Stephen de Pledge to write a work for the ‘Landscape Prelude’ series for the 2008 New Zealand International Arts Festival. Harris used the landscape theme and the title from the McCahon work as his inspiration.