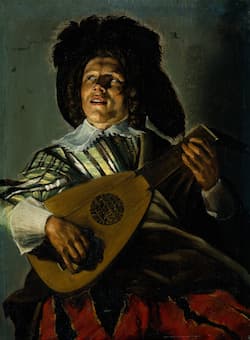 We think of serenades like lullabies – songs to put you in a sleepy mood and to help carry you off into dreams. Serenades, however, are from a different source – they’re not designed to lull you to sleep like a lullaby, but are music for the evening, hence the ‘sere-’ part of the word.

We can think of serenades as some of the party music for the day: small ensemble music to be played in the background as your guests talked and gossiped with their drinks in hand. There was a whole class of this party music with names such as Divertimento (entertainment music), Serenata / Serenade (evening music), Notturno (night music), Scherzando (fun music), and so on. As music for entertainment, these little background pieces eventually became under one rubric: symphonies. And, in a sense, a symphony is a night piece: we hear them almost exclusively in evening entertainments called concerts. Until the advent of radio and home recordings, a concert was the only way to hear a symphony.

One of the most famous serenades that we know today is under a different name. We know it under a ‘night’ music name: Mozart’s Serenade No. 13 in G major, K. 525, which we know as Eine kleine Nachtmusik, A Little Night Music.


Mozart completed the work in August 1787 and its original first minuet movement has now been lost. The opening Allegro, however, brings us into a cheerful world of grace. The work, written solely for strings, could be played at home. This was the last of the serenades that Mozart wrote and remains one of his most memorable.

Beethoven’s Serenade in D major, Op. 25, dates from 1801, but follows the structure of an older 18th century divertimento. It has six movements, and its bright sound is helped both by the use of the flute and the replacement of the cello with a viola.


This sounds like party music – light, cheerful, and listenable, but not particularly memorable.

Moving some 60 years on, Brahms’ Serenade No. 1, published in 1860, we have a serenade that sounds like a symphony and, indeed, an early idea for this work cast it as a ‘symphony-serenade.’ There’s a lot of Beethoven in the first movement and other movements have rustic elements.


The six movements follow the divertimento structure, rather than the 4-movement symphony structure, but the sound is very symphony-like.

Igor Stravinsky, ever looking to the past for inspiration, wrote his Sérénade in A in 1925 on commission from a recording company who was looking for a work where each movement would fit one side of a 78-rpm disc. Accordingly, each movement is just a bit over 3 minutes long. Although he was harking back to the older idea of the serenade as a piece for festive occasion, the work is very modern and seeming not at all in the serenade ideal. The first movement Hymne was intended as a work for a solemn entry and the second movement Romanza was seen as a ‘ceremonial homage by the artist to the guests.’ It’s not until the dance-like third movement Rondoletto that we have the playfulness we heard in earlier serenades.

Written for himself and intended to be recorded by himself, Stravinsky’s Serenade seems a bit too attention grabbing and self-aggrandizing to be in the normal serenade tradition.

What happens when minimalism meets the serenade? In the 1994 work written for the Kronos Quartet, John’s Book of Alleged Dances, the final movement, Ständchen: The Little Serenade, brings us back to the earlier serenade ideal.


The work’s title, John’s Book of Alleged Dances, refers to the idea that these works would be ideal for choreography, but that the choreography had yet to be written. Choreographers, including Paul Taylor, have taken up the challenge.

Serenades – music for an evening but not the focus of the evening.